The LeManster, Part 1: Making An Off-Roader Out Of A Left-For-Dead Pontiac

Feb 15, 2020Bryan McTaggartBUICK / OLDS / PONTIAC, Project CarsComments Off on The LeManster, Part 1: Making An Off-Roader Out Of A Left-For-Dead Pontiac 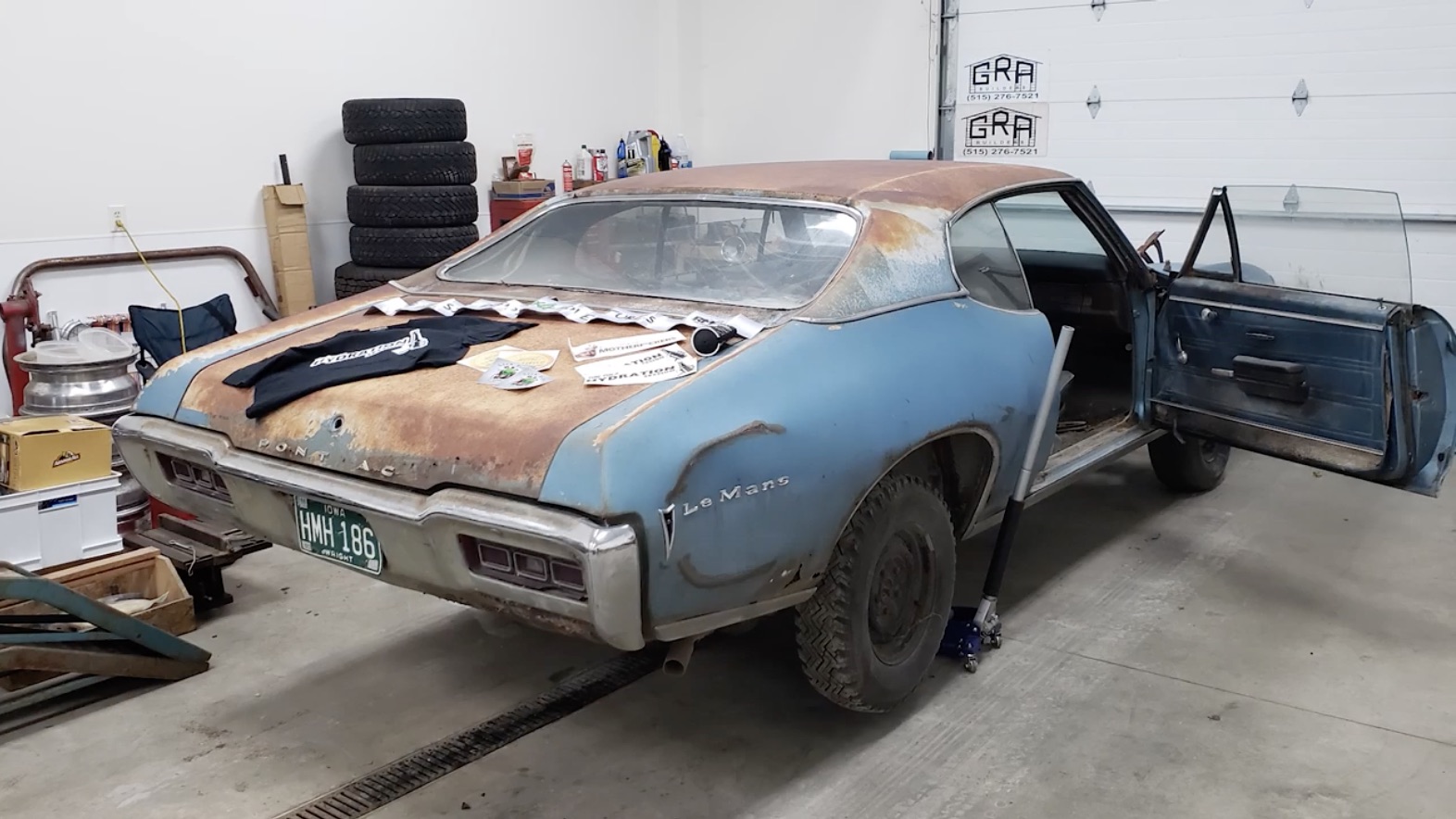 Kevin from Junkyard Digs and I chat quite a bit behind the scenes. After the first writeup I did for a video of his, where he evicted a possum from out underneath the hood of an old Fiat 850 before getting the little roadster fired up for the first time in decades, he reached out and over the better part of the next few months, we chatted a bit…namely, because he was in Iraq and bored and I was up at some unholy hour of the night and could relate to his position. Once he got back and returned to normal, he did what just about every deployed soldier I knew did: he went on a spending spree. And much like I did, he went for four-wheeled fun. Some cars were a score, some were misses. But this 1968 Pontiac LeMans was a major question mark from my point of view. It’d been sitting forever, it had been flooded at least twice and probably more times than that, and it’d been T-boned just behind the driver’s door. Hope? Hell, he’d be lucky if this A-body didn’t tear in half the first time he tried to move it. Right?

Wrong. All things considered, the LeMans could be a hell of a lot worse. And if there is one thing to be admired about Kevin, it’s his unrelenting positivity in the face of enough iron oxide to make even the most jaded gearhead sick to the core. After cleaning out a dumpster fire of an engine and bashing out the sheetmetal, he had a question: What to do with the Pontiac? The role he originally intended it to have was taken with the Oldsmobile Cutlass he drove on the 2019 Power Tour. So, for this year, he’s taken a different road…and is aiming for no road at all. With a Buick 455, some 31″ off-road rubber, a roof rack and some enthusiasm, this LeMans will live again. Here’s the first episode of the build!

Not Built Like That Anymore: Uncle Tony And The Downgrading Of Today's Auto Parts This $25,000 1941 Hawaii License Plate Puts Our DMV Fees Into Check Real Fast!