The Shop Toy, Part 1: Dusting Off A 1989 Mustang To Put Back Onto The Street 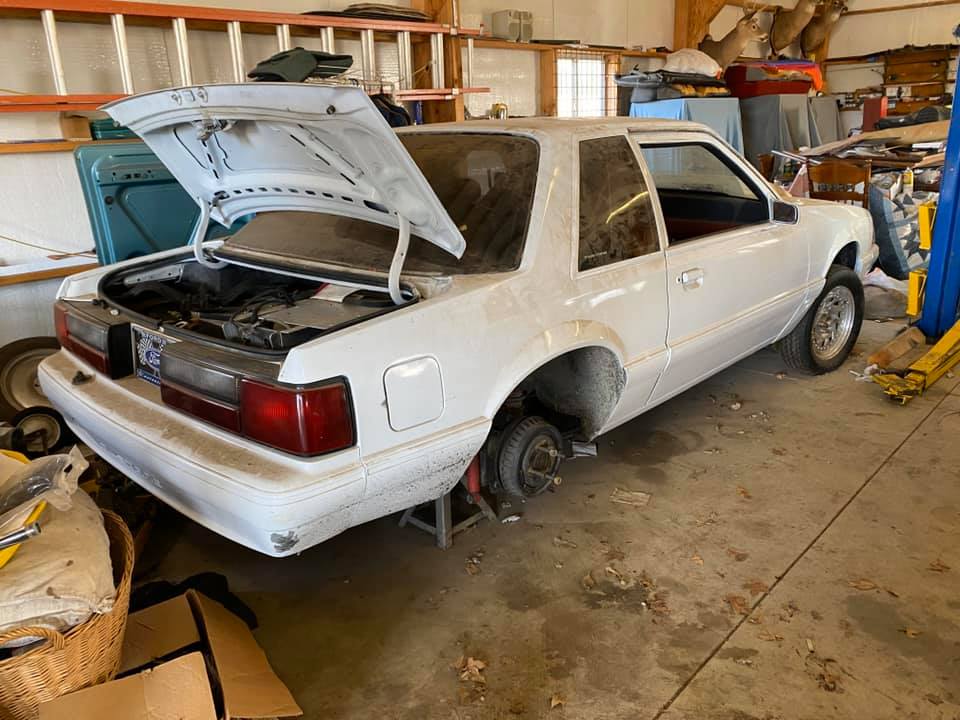 The story of this car, from my perspective, starts with meeting the woman who is now my wife. After meeting face to face at the 2010 SEMA show, the next proper step was for me to visit Kentucky and meet her family, which occurred during my Spring Break session from the university the following year. I knew that Haley was into cars. We met here at BangShift initially, it was a given. What I didn’t know was how rich her family was in gearheads. The individual who put together the Ford Super Duty that was my first “revival” piece back in 2014 is related to her, and he’s also into rebuilding old Jeeps and other odds and ends. Her uncle, Billy Creek, is the other serious gearhead in the family.He’ll mess with just about anything, but bet your ass that he’s a Blue Oval kind of guy.

My first visit to his farm was an eye-opener. Fairlanes everywhere, shop space for days, a couple of trucks, a clean first-gen Ford Lightning. Inside the shop, two rides that dropped my jaw: the car the entire family refers to as “the brown car”, a four-eye Fox that is one nasty little mother, and pushed to the side of the garage, gathering dust, was this low-mile (maybe 26,000 miles or so) monochromatic 1989 coupe. From the moment I laid eyes on it I wondered…how could it possibly be sitting?! I asked. I hinted. I suggested. Over and over again, probably to the point of being an annoying pain in the ass about it. Bring the white car into the sunlight. Wash it off and get it going again. Same answer every time: he wanted to get it painted back to stock. He hated the monochromatic look. He wanted to clean it up right. He wasn’t sure if he wanted to put it back on the street or not. And that was that…another year goes by, another layer of dust.

Well, that changed this year. Shortly after the Rough Start Fox showed up at my property, he decided that it was time for the white car to see the light of day and asked if I’d come help get it out of the shop. I couldn’t move fast enough… 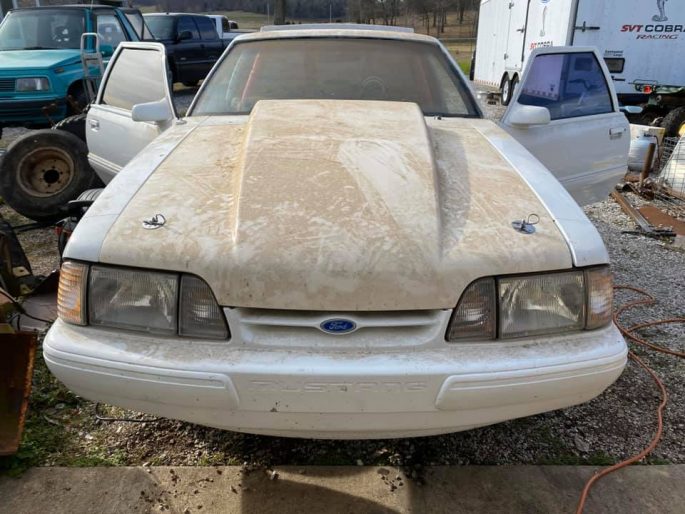 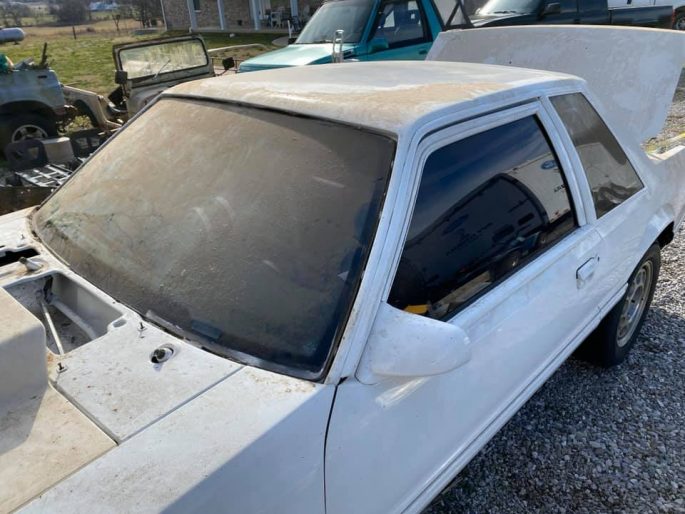 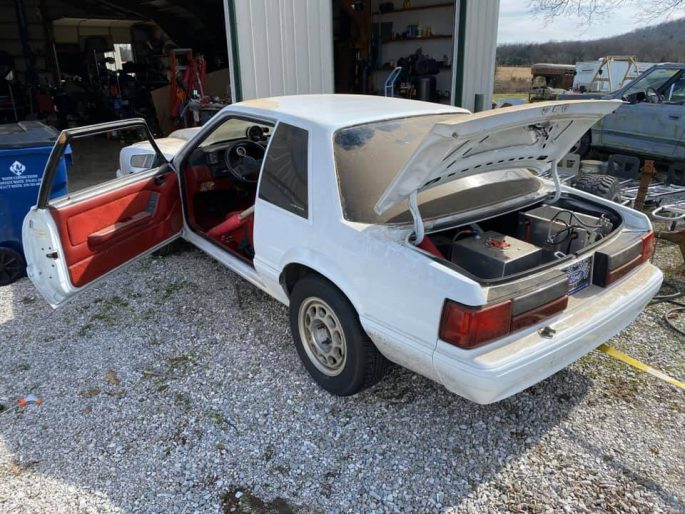 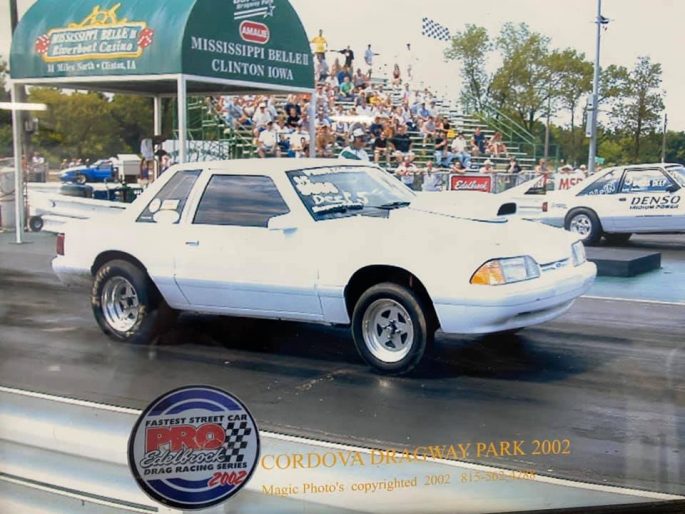 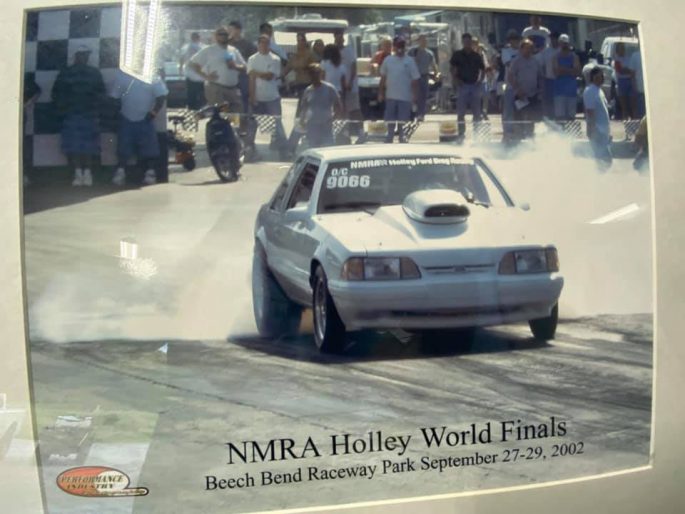 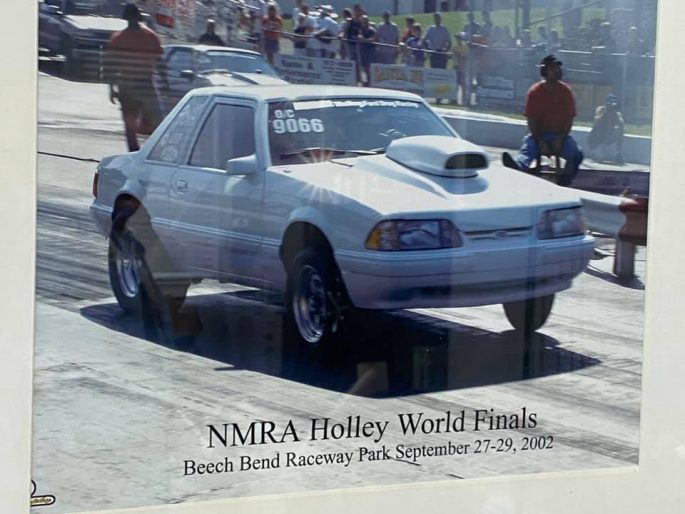 As the story goes, the car was bought new and driven by the original owner for about two years or so before the itch to make it haul ass bit hard. By the early 1990s, having a 5.0L powered Fox body meant that you had the key to some stout power, a light body and some of the freshest parts on the planet. You weren’t digging through the old-school stores or anything like that, no junkyard crawling. Just figure out how to coax more ponies out of the 302, stiffen up the chassis some, make sure your transmission and rear axle were up to the task and you were in contention. In the case of the coupe, the car got built up sometime near 1991 or 1992 and got caged, braced, a fuel cell, a battery relocation to the trunk, and apparently nitrous. It’s first outing, there was an underhood fire that roasted some of the wiring and blackened some of the fiberglass hood. The original builder’s wife or girlfriend was fit to be tied…not only had he nearly burnt the car to the ground, it was the car that he had modified using her credit cards. Care to guess how this story ended? The car was slowly stripped down as he paid back his debts and soon was a husk on four jackstands in the garage.

Billy acquired the car and put the car to work. It ran in the NMRA with either himself or his brother Steven at the wheel and it could hold it’s own just fine. Then, for reasons that still escape me, the car was put into the shop and it lay dormant. I can account for the nine years I’ve been in the picture, and it’s probably been down longer than that. 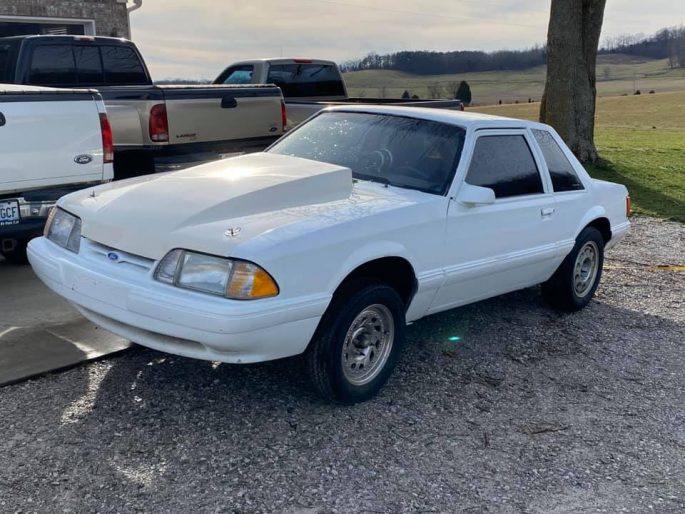 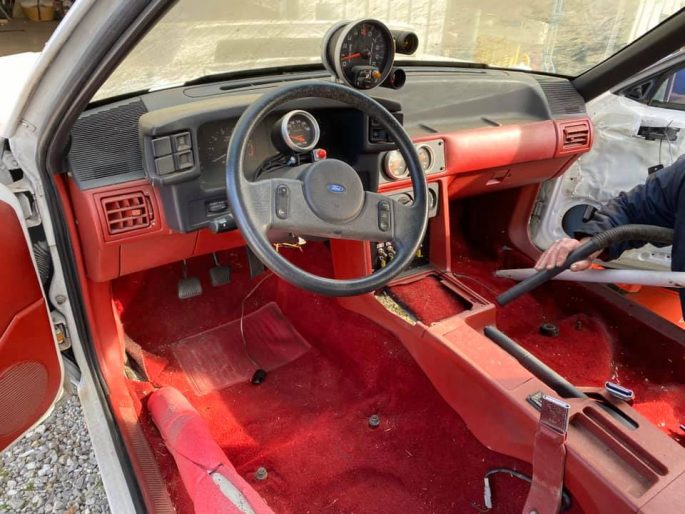 With the car rolled out, the first thing that had to happen was a bath. I’m one of those who believes that you always start a project by cleaning it up, so that’s what we did. In mid-February, that was the coldest car wash I’ve ever been a part of, but the results speak for themselves. Car washed, we vacuumed out the interior (and the handiwork that the random field mouse or two did inside) and proceeded to strip the car down completely. Lights, trim, interior minus dashboard, all came out. Then the roll cage was removed and set aside, the fuel cell removed, and after one last check-over, it was time to haul the car over to the paint booth. Leave it to rural Kentucky living, we performed that task by hooking a four-wheel-drive quad up to the Mustang via a tow rope and while I drove the car, sitting on an ATV wheel, Billy towed me in.

Every now and then I’d get updates on how the progress was coming along and every now and then we’d place an order for a ton of restoration parts, or would double and triple-check paint chip books to make sure we had the proper shade of white for the car. I’ve seen Billy get excited over a car before, but this Mustang has been a whole different book, and earlier today, we brought the main body home to rest and cure at home while the nose, tail and hood get re-sprayed. Seeing the car painted up is one thing, but I can’t wait to see this car put together. The end game is that this will be a visual restoration. The body is going back to factory blackout marks, the interior is getting a once-over, the body side cladding is going back on in black, et cetera. But the powertrain will still be something to behold and there will be quite a bit of performance goodies sprinkled throughout the build. Part two will be something to behold…stay tuned. 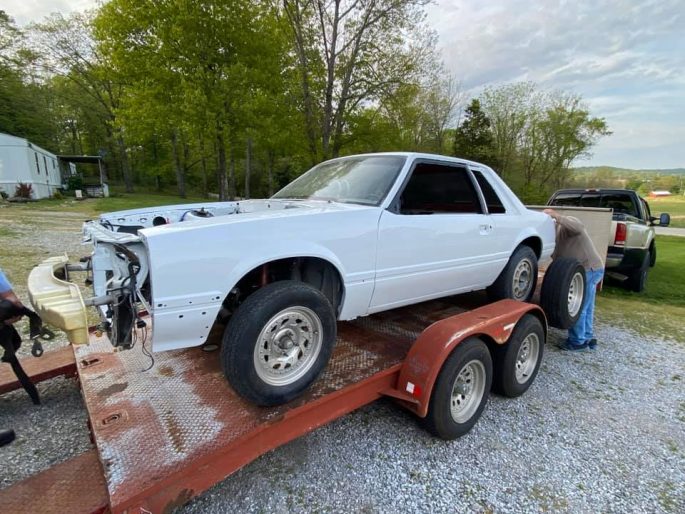 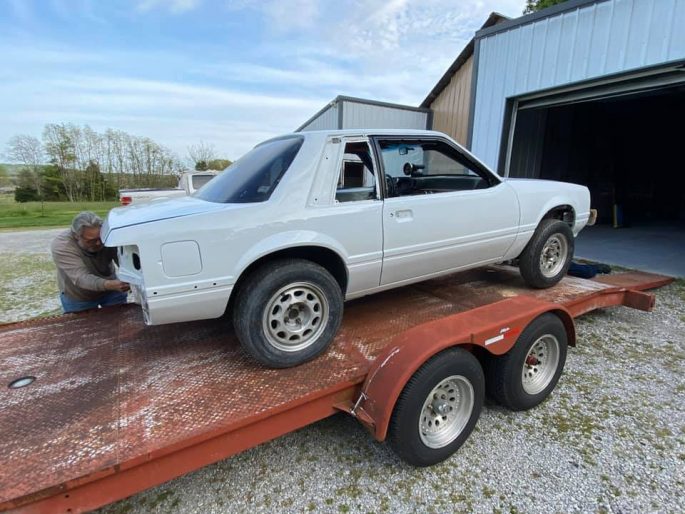 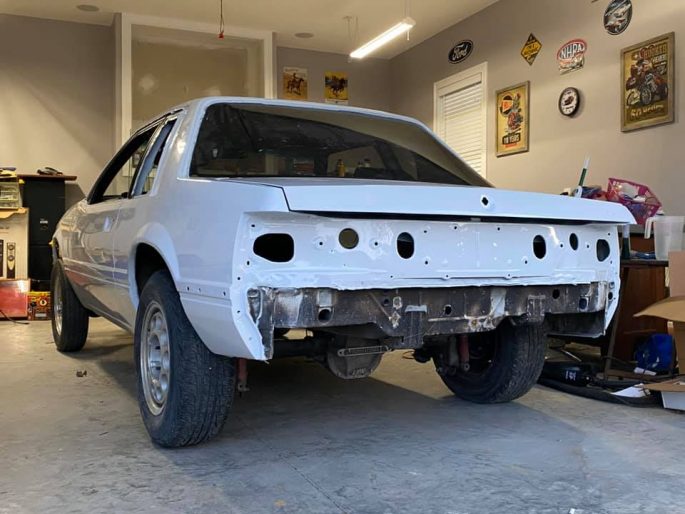 Cash For Clunkers 2? Regular Car Reviews Takes A Look At The Potential Second Wave Shop Tour: Take A Stroll Through The Tucson Workshop Of The NHRA's Alan Reinhart - Cars, Parts, and Cool Tools

One thought on “The Shop Toy, Part 1: Dusting Off A 1989 Mustang To Put Back Onto The Street”