Remember The Ancient Atari Game Dragsters? We Do And We’re Still Playing It! 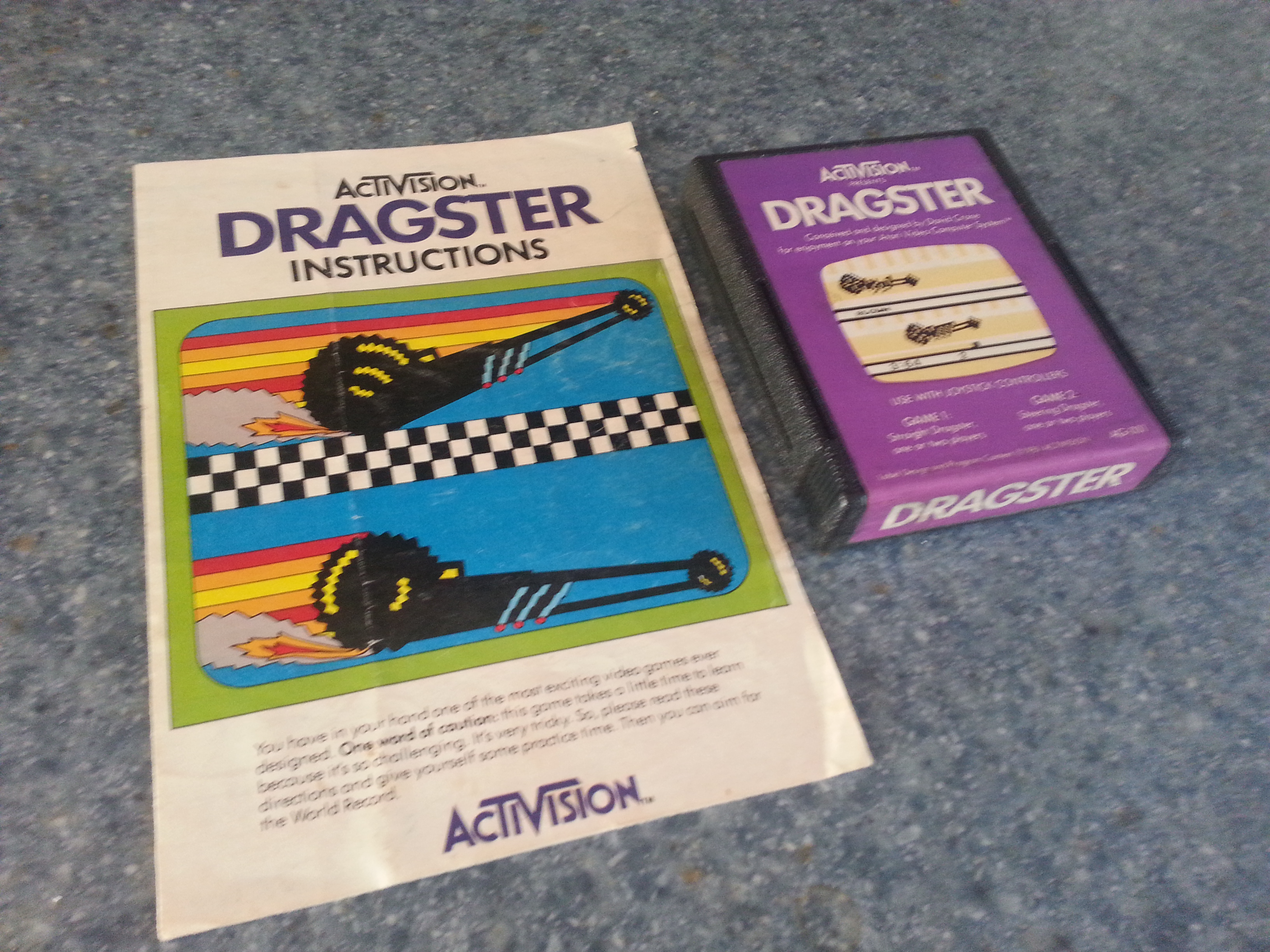 (Words and photos by Tony Sestito) – Winter in the northeast for a gearhead means that all of the cool summer rides that populate cruise nights, local dragstrips, and autocrosses go into hibernation until the white stuff melts and the road salt is cleaned off the roads. Other than wrenching on projects and fixing snow removal devices, what’s a gearhead to do? I, for one, bust out the video games.

Now, there are a lot of modern games that have realistic graphics and car physics, but there are not a lot of games that solely cater to the Drag Racing crowd. There is one game, however, that stands out in this genre, and that’s Dragster for the Atari 2600.

Wait… WHAT? Atari 2600? That old thing that came out when the original Star Wars and Smokey and the Bandit were fresh releases in movie theaters? Yup.

Dragster was released by the game company Activision in 1980. It was loosely based on another game called Drag Race that was released in the arcade a few years earlier by Kee Games (a subsidiary of Atari). The game is very simple: you have to hustle a 4-speed front engine drag car down the quarter mile faster than your opponent. There’s no automatic transmission setting in this game: you have to bang gears all the way down the track while making sure you don’t blow the motor. There’s no rev limiter to bounce off of, and you have to launch on time in order not to red light. There’s no tree or staging; only a simple countdown from 10 until you go. An alternate setting adds the challenge of keeping the car from smacking the wall.  Sounds simple, but it is very challenging, just like the real deal.

Back when the game was new, Activision used to run a promotion for its games which involved sending pictures of your high score or photo evidence that you completed a game, and they would send you a sew-on patch for your rad denim jacket for some serious nerd cred. In Dragster, to obtain this honor, you had to break into the 5’s. In the instruction manual, an Activision employee named Al Miller had the world record E.T. at 5.74. Today, according to the video game record sanctioning body Twin Galaxies, a guy named Todd Rogers holds the world record, running a 5.51 back in 2001. I recently played the game for about an hour straight, whittling my time down from the high 6’s down to a 6.21. It is HARD!

Check out the pics! 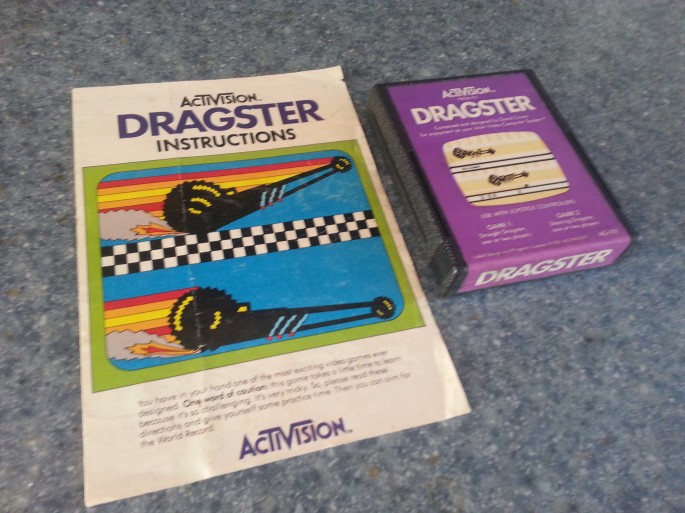 The game and manual, from my personal Atari collection. 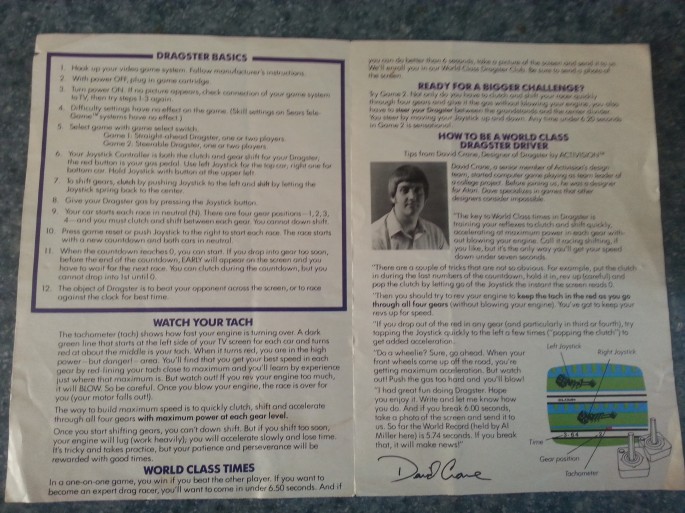 The inside of the manual. There’s interesting tips on how to get the car down the track. 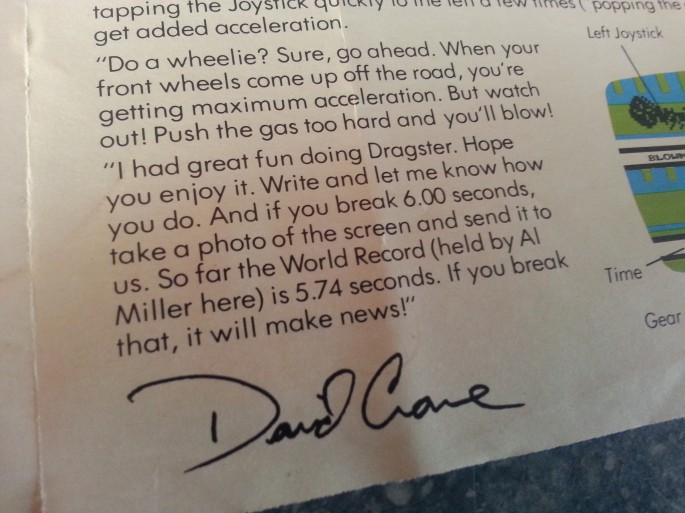 That name look familiar? If you ever played the classic Atari game Pitfall, you have David Crane to thank for that. 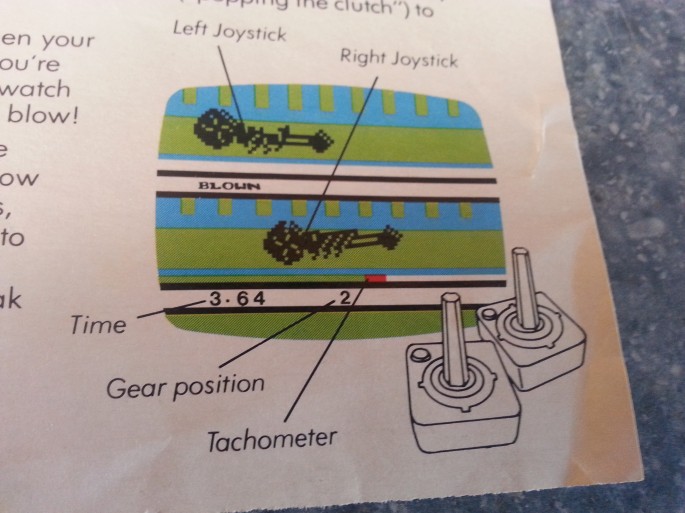 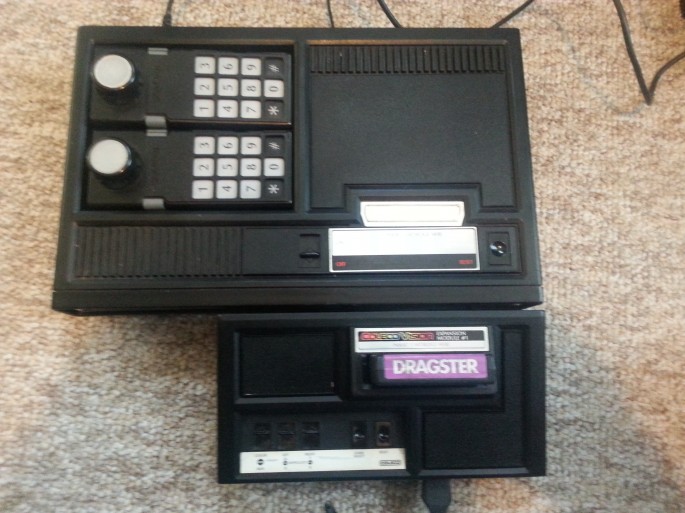 Wait, that’s not an Atari! It’s a ColecoVision with Expansion Module #1, which essentially made it compatible with the entire Atari 2600 library. That got Coleco in a lot of trouble in the early 80’s! 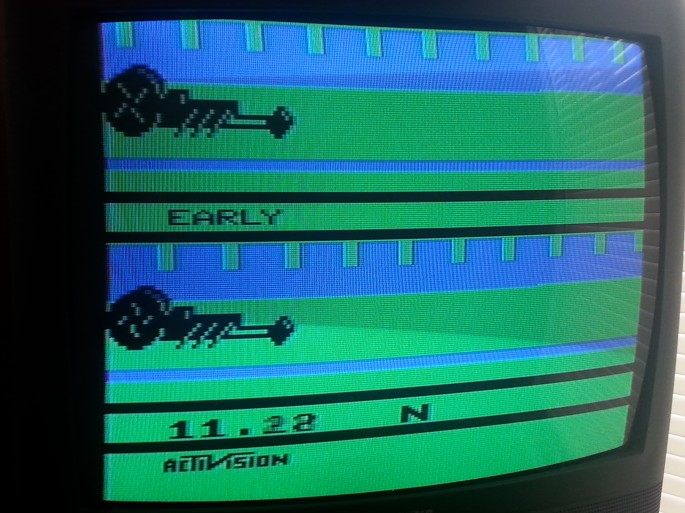 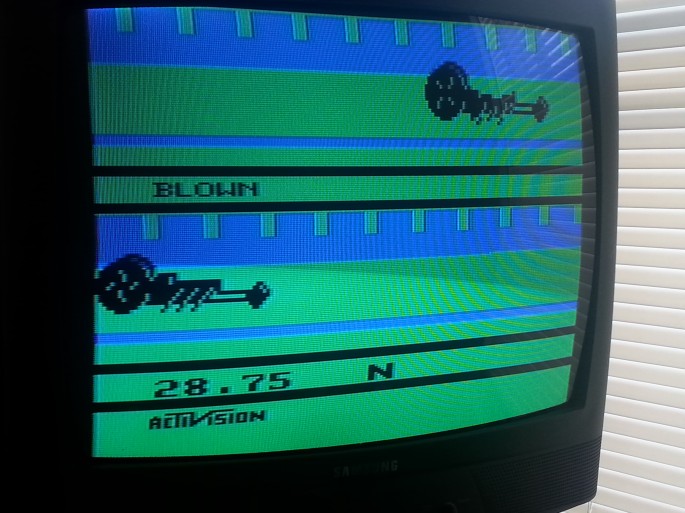 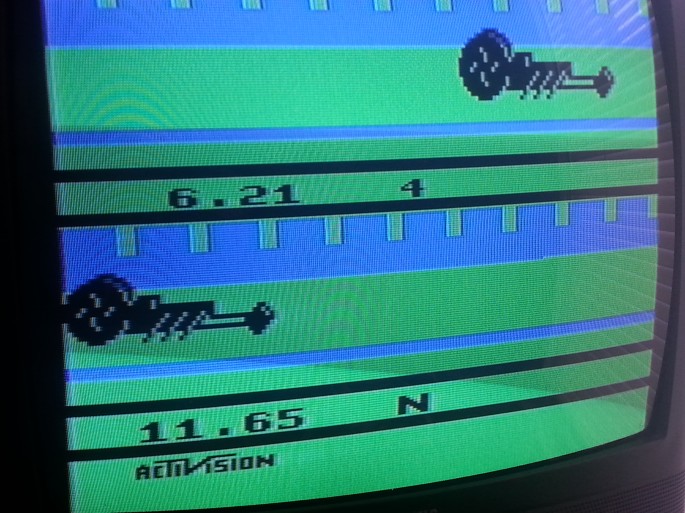 My personal best: 6.21. I wonder if I can still get a sweet patch if I send a picture of a sub-6 second pass to Activision Blizzard (the current entity that used to be regular ol’ Activision back then)

TransAsia Flight 235 Crash: What We Know About What Happened To The ATR-72 What's It Like To Be Thrown Into A Strange Racing Series? Roadracer Mike Musto Gets His First Taste Of Drifting

8 thoughts on “Remember The Ancient Atari Game Dragsters? We Do And We’re Still Playing It!”