(Photos: GM) GM usually brings an armada of vehicles to show off on the floor at SEMA. We’ve seen everything from the Chevrolet ZH2 military test vehicle to Hot Wheels edition Camaros to restored classics that show off Chevrolet Performance’s crate engine programs. With over fifty offerings that range from the classic small-block to the COPO program engines and everything in between, it makes sense to show off what can be done, especially when you consider GM’s E-Rod emissions setups that keep your ride fifty state legal. Want a blown LT-4? LS3? LSA and LT-1 are all now E-Rod capable, but if you are interested in a crate engine, you just need to place your order. Chances are that you didn’t open this story just to hear that. You want to know about the Laguna, don’t you? 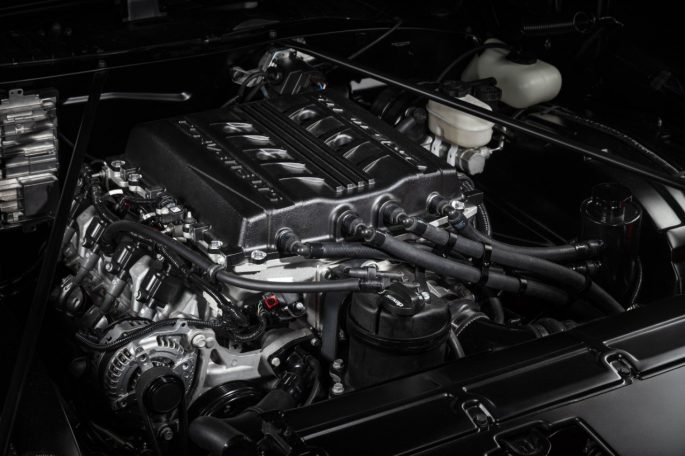 The new-for-1973 Chevrolet Chevelle was overdue by a year, but it was worth the wait for it’s improved handling alone. Seriously, treat yourself and drive one if you get the chance, you’ll be amazed how that big sled handles. It might not have carried as much visual punch as the 1968-1972 Chevelle did, but don’t be confused about what the Chevelle, and particularly the Chevelle Laguna, stood for: the small tweaks that the Laguna got over the standard Chevelle were all aimed at the circle track. The 1973 Laguna didn’t get the sloped nose that later years did…instead the front bumper was a little more flush to the grille compared to the standard Chevelle and the nose was made of urethane. The best powerplant offering in 1973? That would be the 245 horsepower LS-4 454 cubic inch big-block, a victim of the changeover to SAE-rated horsepower figures and EGR components, but still a heavy swinger that deserved respect. The engine in the black Chevelle that Chevrolet Performance is bringing to SEMA? LT-5…that would be the 755 horsepower 715 ft/lbs of torque, supercharged monster that powers the new Corvette ZR-1. Don’t sweat, there will be photos the moment we get anywhere near that car. Chad might have to hire a tow truck to drag me away from it.

And it’s not the only thing showing up, either. We’ve heard of a customized 1967 C-10 that’s coming with the new ZZ6 crate engine, a fuel-injected 420 horsepower small-block design, and a 1978 K-10 with the L96, a 6.0L LS-style engine designed for truck use, that brings up 360 horsepower and 380 ft/lbs of torque. Chevrolet Performance is quick to point out that the mill easily outpowers any engine offering from 1978 by a wide margin, and the K-10 is supposed to be otherwise fully restored. And there will be the new cars, too, like the Camaro with the new “Shock” paint color and the front nose cone that has been tweaked just enough to be a bit more palatable. 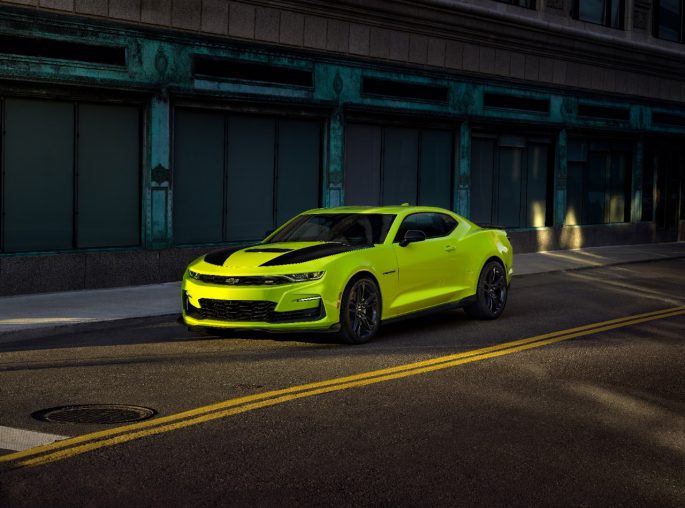