Sideways With Rodney Prouty: So You Want To Get Sponsored? Can You Afford It? 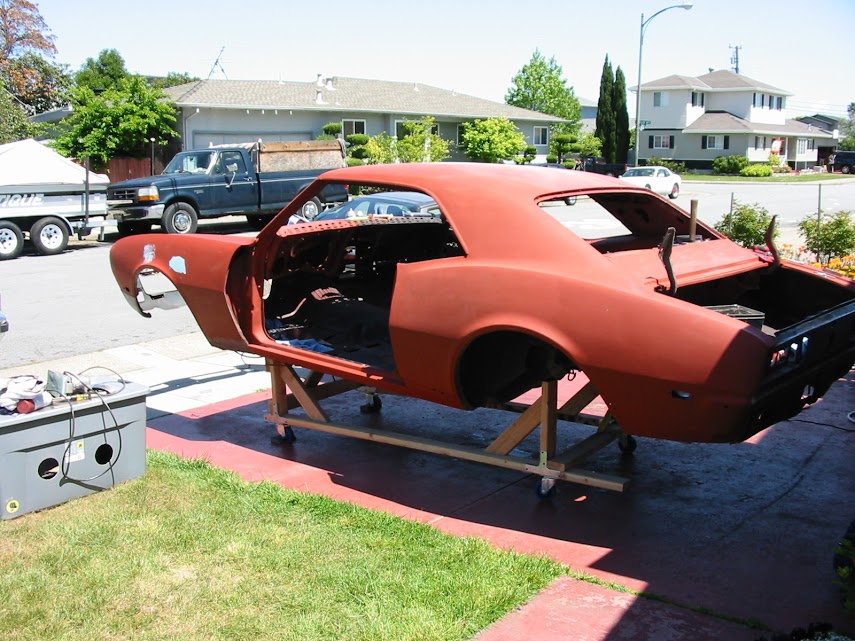 Afford being sponsored? This isn’t making much sense. Or is it. Read the latest from Rodney Prouty on the topic of sponsorship. It will make you think. (Words and Photos by Rodney Prouty)

So You Want to Get Sponsored?

Seriously, who doesn’t want to be treated special and given a bunch of free stuff?

I often hear people on the forums saying that they’re building a car and looking for sponsors. Well, I want to set the record straight, from what I have seen so far: unless you’re one of a handful of people who are well known with a winning race history, you are probably not going to get a sponsor until your car is built and winning…maybe. Why would a company (aside from your Uncle’s auto body shop) want to sponsor an unknown? Of course you want a sponsor! You’re 30k (aka: neck-deep) into this hot rod project and there’s no end in sight! But, sponsors want two things: R&D and publicity; both are hard to provide with a car on jack-stands. 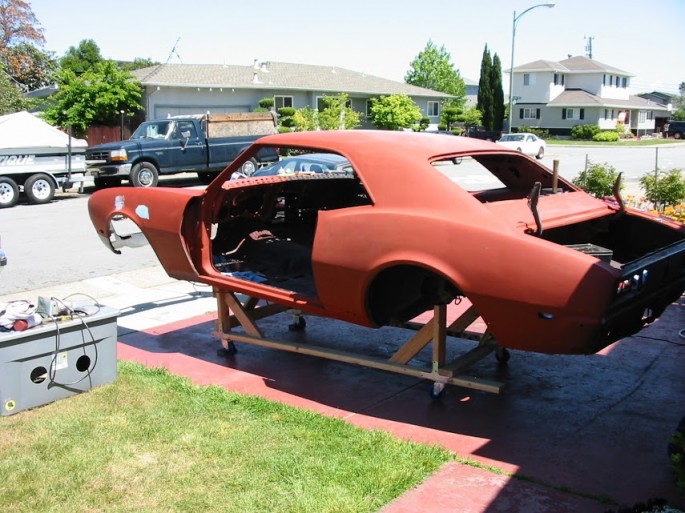 Research and development happens when you are running a car and a manufacturer wants to work with you to test and tune a new product for market. Test and Tune not only requires a running car (a car that is running a LOT) but a driver who knows his car like the back of his hand — a feat that again takes a LOT of driving. A test-driver must be capable of running the test equipment and providing detailed feedback about what the equipment did to alter the car and whether or not the desired outcome was achieved. Additionally, the driver should be able to provide a certain amount of ‘wish list’ feedback. Wish list feedback is the information that helps manufacturing engineers get a better feel for what you (and presumably other drivers) want to get out of your/their car. For example: maybe you want different castor for better turning, different gear ratios for higher torque or better fuel pick-up in high speed turns. Not only do you need to be able to articulate your wishes but how you think these factors could be achieved. None of these things can be done by a car sitting on blocks or a driver who’s never driven the car. ‘Know what I mean? 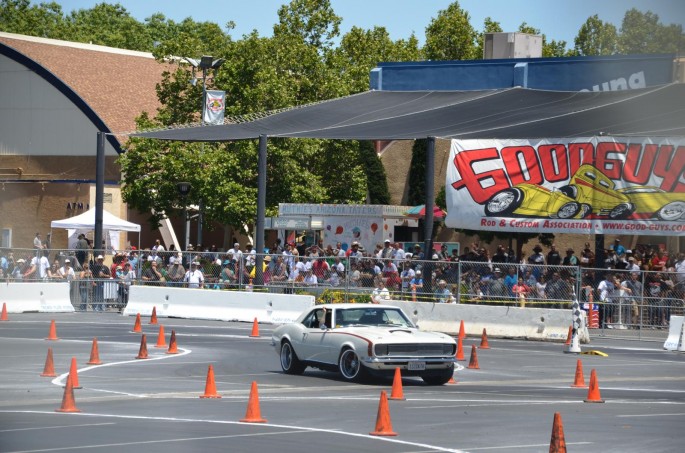 Additionally, sponsors usually just send you the equipment and it is your responsibility to get the stuff on the car. I say usually because there are instances (if you’ve got a big time racer name) where they will pull your car into their facility and do the installation. So, now you have to have either the money or talent to get the new equipment installed. Think about it: what if Centerforce (Okay, I dream big) decided to sponsor you, do you have the cash to get a new clutch installed? And, what about all of the work that has to be done to accommodate new equipment? I am lucky enough to be working with RideTech this year (very lucky) and in doing so, I had to be able to install a whole shit-pot of new suspension equipment (because as I may have mentioned, I’m still not getting rich off of this industry) I was fortunate enough to have enough skill and wherewithal to do the installation myself. But, in addition to some small stuff, had to take the car to the exhaust shop a few times to have my exhaust system (front to back) adjusted to fit the new equipment; these changes didn’t cost a fortune but it wasn’t cheap. If you take on a ‘free’ part, what’s it going to cost you in the long run? My car is still my daily driver as well so it meant I had to suck up to my girlfriend a bit to borrow her car to get to work — are you ready for that conversation? “Sorry Honey my 30k money pit is on jack stands again and I have to borrow your non-30k car to get to work, or better yet can you get up early drive me to work and also pick me up later after work” 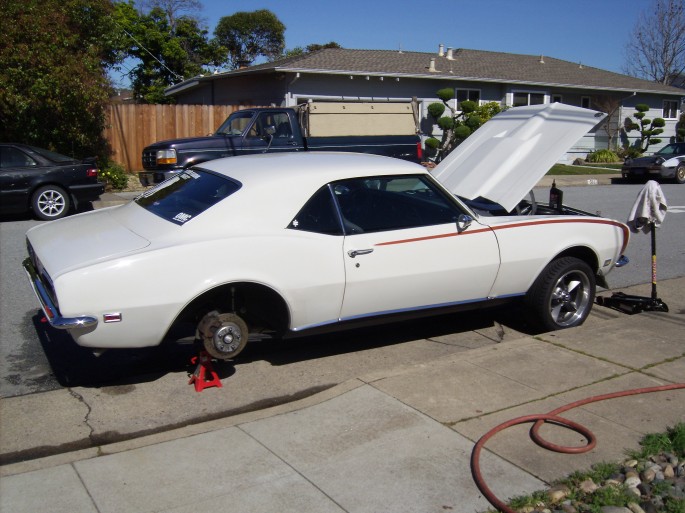 Now let’s address publicity. Seems simple, right? Put a big window sticker on your car, sport a t-shirt and cap, and hit the races, walk around the pits and say high to everyone.

Sponsorship usually involves free equipment and stickers but that’s about it. You’ll need to get yourself to the right events with the right media coverage AND most importantly, you’ll need to win or do very well. Frankly, you’ll probably need to have done this already for at least a year (and probably more) before the sponsors will even notice you. I’ll give you an example of how a recent event worked out for me. A couple months back my girlfriend and I attended an autocross event in Southern California — a one-day event that would get some media coverage and give me a chance to test out the new coilovers and four-link that I put on the car (practically the night before). Because the set-up was so new, I opted to tow the car the 500 miles. I should mention that gas in California averages about $4.50 a gallon. Here’s how the (approx) money worked out:

Now, this is my lesson learned both about the event management and the overall value, but the net-result was:

Girlfriend got 4 runs. (One not timed)

My car wasn’t featured in the event coverage.

The event results were arranged in shoot-out style so even though I was in the top five, my name did not go on the winner’s board.

For nearly $700 (and I didn’t include a couple of stops at McDonald’s) the car went around the track 11 times and my sponsors have no idea how I performed. What if you had to attend more than one event per month? 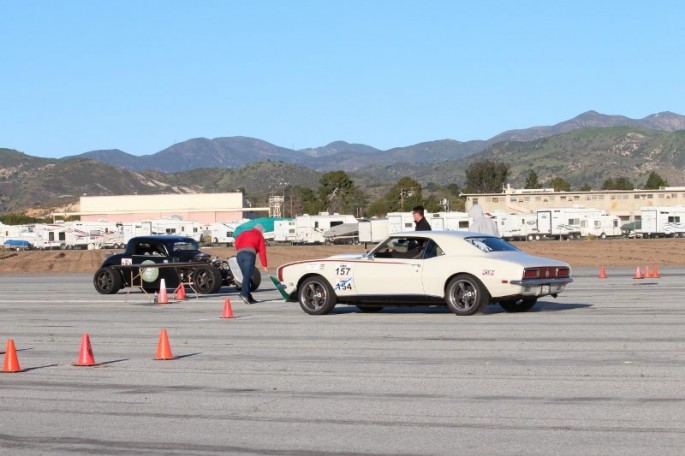 Now, there are some unique racing opportunities sometimes offered to sponsored drivers like ‘track days’. Again, while free, they’re not necessarily no-cost. You might be lucky enough to be invited to a sponsored track day with little or no entry fee but there are still considerations to make when you decide to attend. Firstly, they don’t build racetracks in your neighborhood – if they did, you wouldn’t live there. (Okay, well maybe you would…) Usually racetracks are a few hours’ drive away and they don’t rent cheap on the weekends. So the Low- or no-cost track days always happen on a weekday mostly Tuesday, Wednesday or Thursday. Even if you don’t have to drive several hours to get to the track, you’ll need to take at least one day off work so, factor in a lost day’s pay. Also, track days are higher speeds and longer times on the pavement which equals a LOT more tire wear and fuel. In my case there’s usually two of us driving which doubles almost everything. Now, if you’re set up for track days, you won’t often get an opportunity to get in as many runs as you will with a sponsored event. My experience is that there are less than 25 cars running all day so the value is much greater in many instances. And, let’s not forget, you’re running in front of, with and around your sponsor so face-time is at an all-time high. My last ‘free’ track day cost me about $350 and burned about a half life out of my tires, but the car went around Willow Springs (South Central California) no less than fifty or sixty times. 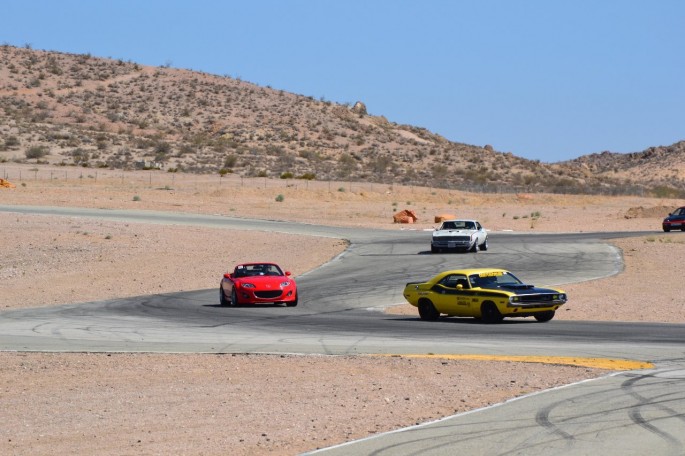 None of these dollars take into account the wear and tear on tires, engine oil, power steering, transmission, brakes and differential– these are just raw numbers. OK, it’s not all doom and gloom. Having a sponsor and driving the hell out of your car to promote and support that sponsor, your car and yourself is awesome. 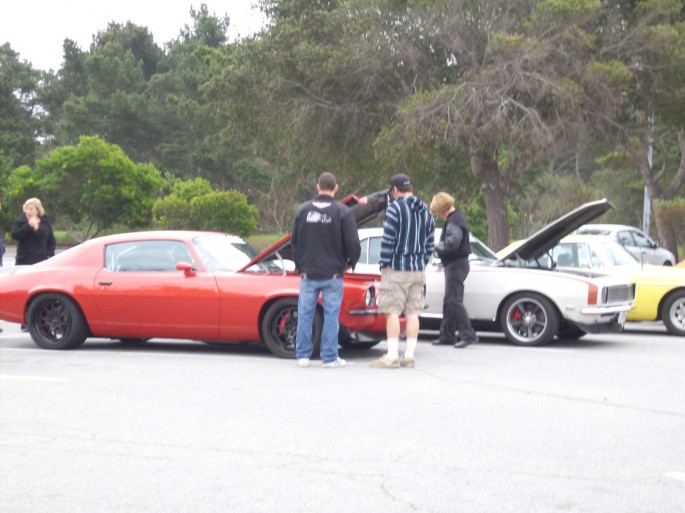 Being part of a team of people that are sponsored and share in your passion, is also awesome! To have the factory backing and tech help, along with having other team members and their support is (did I say it before?) awesome. You do have to carry yourself with a certain amount of decorum at events –you are representing your sponsor and promoting their product– so no matter how bad you are doing on that day, you keep your cool and blame the driver. Remember if you find a flaw in the product, pass that on to the vendor, they have trusted you with their company’s future and reputation (that’s a lot of power) and you must respect it at all times. I will say that you do get a certain amount of respect at events and from other vendors which can be a bit of an ego boost, even if you’re not driving so fast.

So I ask you this: can you afford to be sponsored?

I’m always hoping that I can. Because it’s damn fun racing and I really enjoy the challenge of working with new products.

Manly Craigslist Garage Sale Ad: Someday We'll Have The Stones To Write An Ad Like This MSD Releases Even More Reasons To Use Atomic LS EFI In Your LS Swap Project!

7 thoughts on “Sideways With Rodney Prouty: So You Want To Get Sponsored? Can You Afford It?”