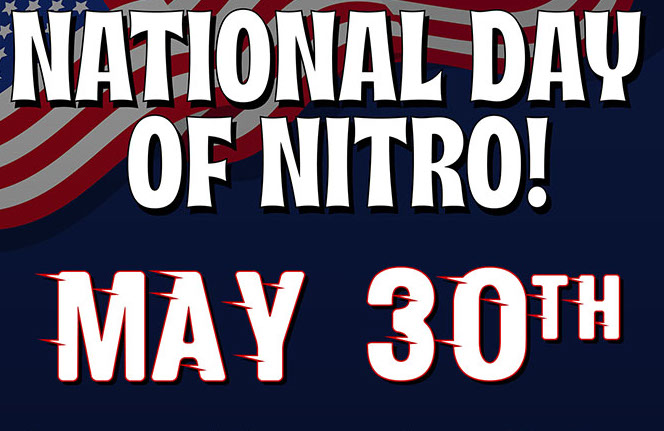 So many of us crave the drag strip while much of the country is still on lockdown. There is a glimmer of hope with Arizona, Mississippi, Idaho, Florida and recently Washington State easing their restriction on motorsports venues, albeit without spectators, but it’s a start. Other tracks in other states are now petitioning mandated health directives and making progress in easing the return.

On the west coast, we had our last nitro fix of 2020 at the 60th NHRA Winternationals, Arizona Nationals or at the Good Vibrations March Meet in Bakersfield. While the future of spectators attending a traditional drag racing event in the near future will not be anything we’ve known, new regulations will be changing everything. 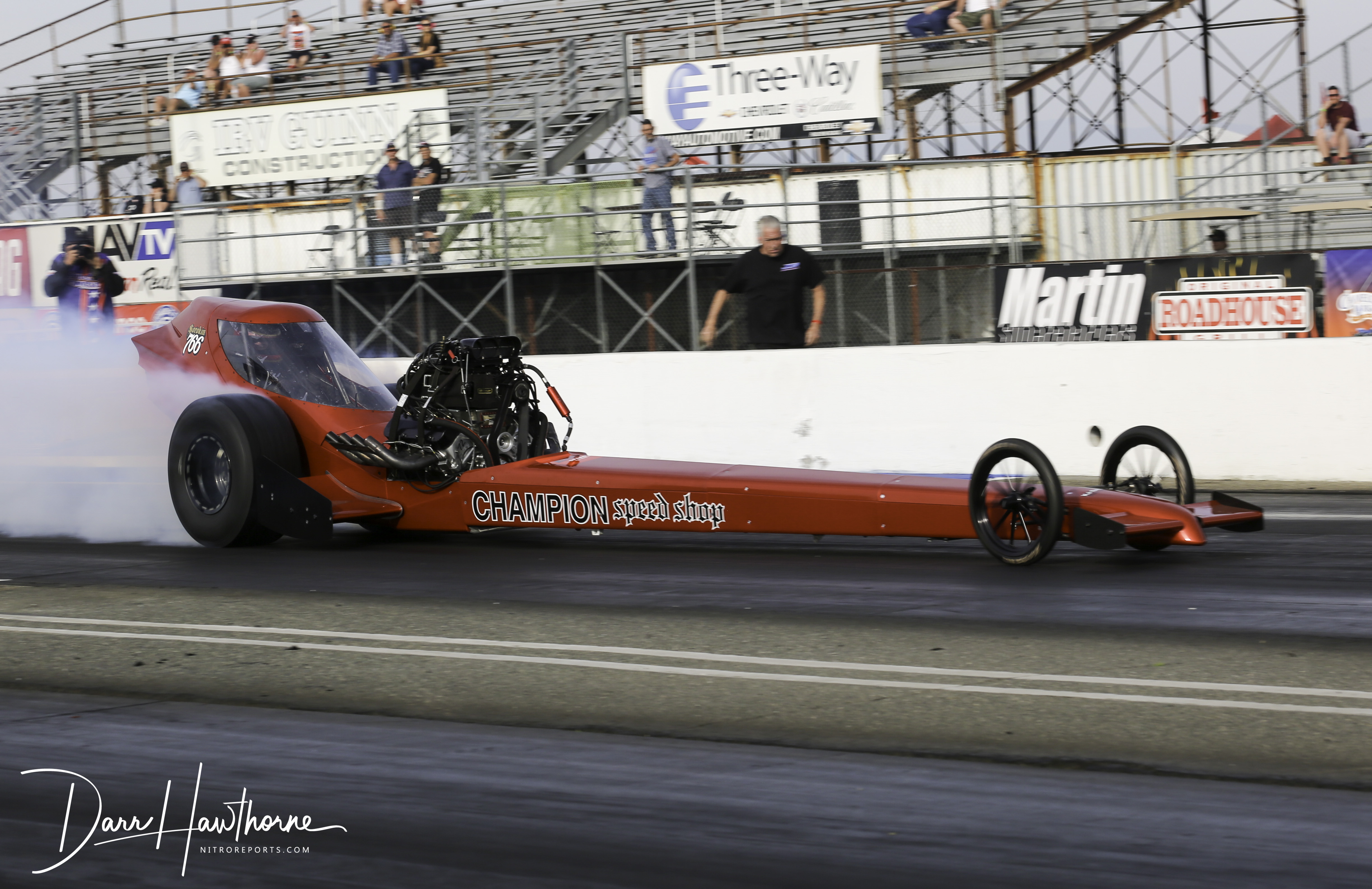 Adam Sorokin and Bobby McLennan’s Champion Speed Shop top fueler will be part of the National Day of Nitro.

With over two months since events including nitro racecars, Auto Club Famoso Raceway VP and Track Operator Blake Bowser came up with an idea that will hopefully become a yearly special nitro event, set to unite the country.

Nitro Fans rejoice, as a nationwide celebration is planned just for you! Auto Club Famoso Raceway and Stith Printing, Inc. have teamed up and are proud to announce a very special event aimed at uniting this great country. 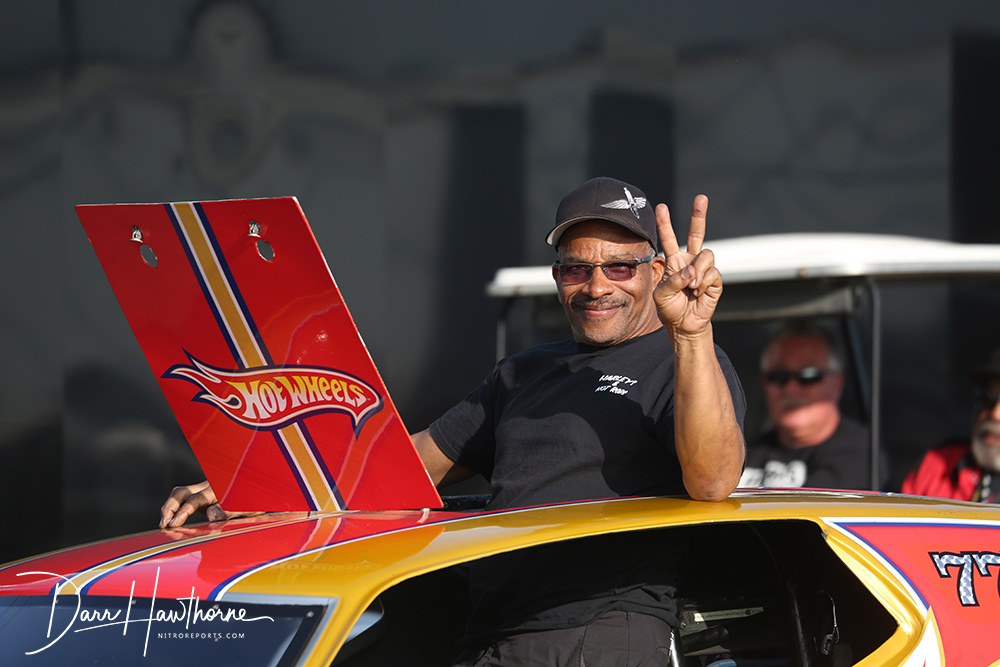 Nitro Racer Rodney Flournoy will be part of the program, firing up both George Doty’s “Crazy Horse” Mustang funny car and Godzilla AA/Fuel Altered on the west coast portion of the event.

“National Day of Nitro” will take place on May 30, 2020. The day will consist of nitro burning engines being fired up throughout the day. It’ll all be streamed live on Famoso Raceway’s Facebook page (https://www.facebook.com/Auto.Club.Famoso.Raceway) and on NationalDayOfNitro.com.  Nitro teams across the country are being asked to pull their cars out of the trailers and FIRE THEM UP! Famoso’s Bowser remarked, “Since fans can’t attend nitro races, we are bringing nitro to them – LIVE”.

Nationwide fire ups, interviews and stories told will be shown throughout the day. Starting at Noon Eastern time, then moving onto the Midwest, Mountain time zone and finally Noon in the Pacific time zone.  The distinct sound of nitro burning engines will be heard across the country. 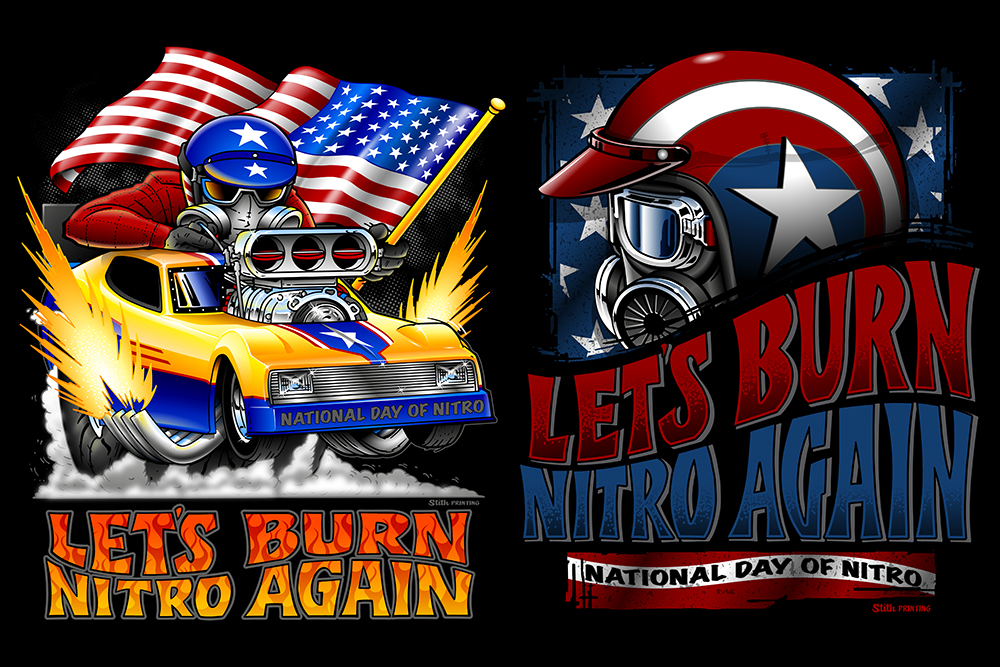 “Let’s Burn Nitro Again” t-shirts are available, with a portion of the proceeds donated to DRAW (Drag Racing Association of Women).

As a special thank you, all participating teams will be entered into a drawing where one lucky team will receive $1,000.00 credit towards entry or ticket purchases for the 2021 Good Vibrations March Meet, presented by Lucas Oil.  Stith Printing, Inc. is also offering a $1,000.00 credit to be applied towards new artwork. DJ Safety will supply a set of nitro Fire Bottles, to be raffled off among the list of over fifty participant teams – so far. 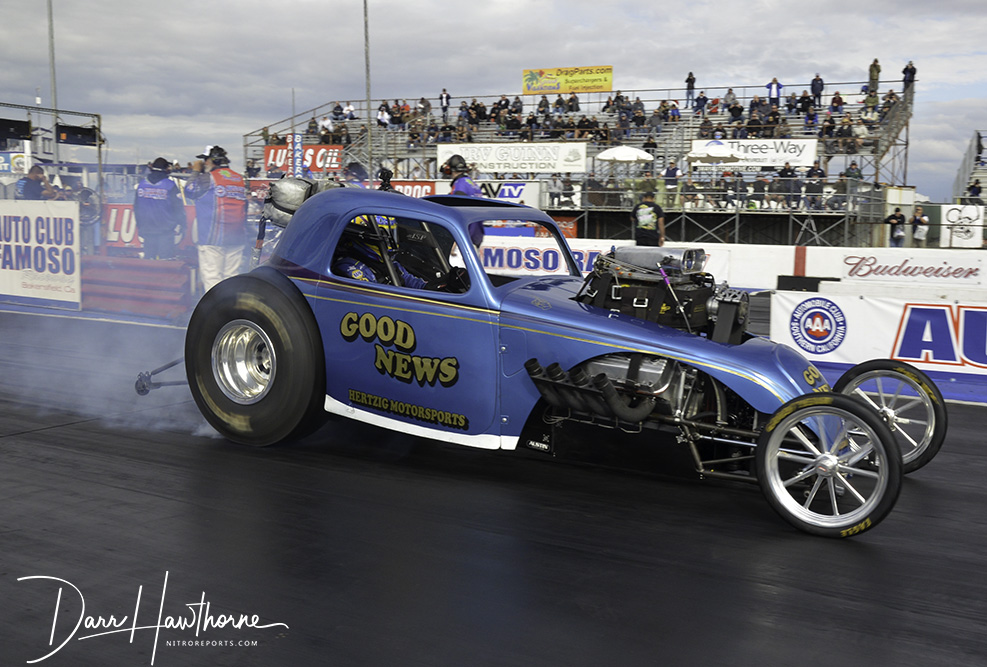 For more information on how to participate, purchase a shirt, spectate or to make a raffle prize donation go to NationalDayOfNitro.com.

Join us on this special day as we rally the country and celebrate the power and appeal of nitromethane!

Great Save: Watch This Dragster Driver Bail Himself Out At Hal Far Raceway On The Island Of Malta Insult To Injury: Watch This Street Racer Suffer A Manifold Explosion, A Fire, and Then A Visit From Johnny Law