Insult To Injury: Watch This Street Racer Suffer A Manifold Explosion, A Fire, and Then A Visit From Johnny Law 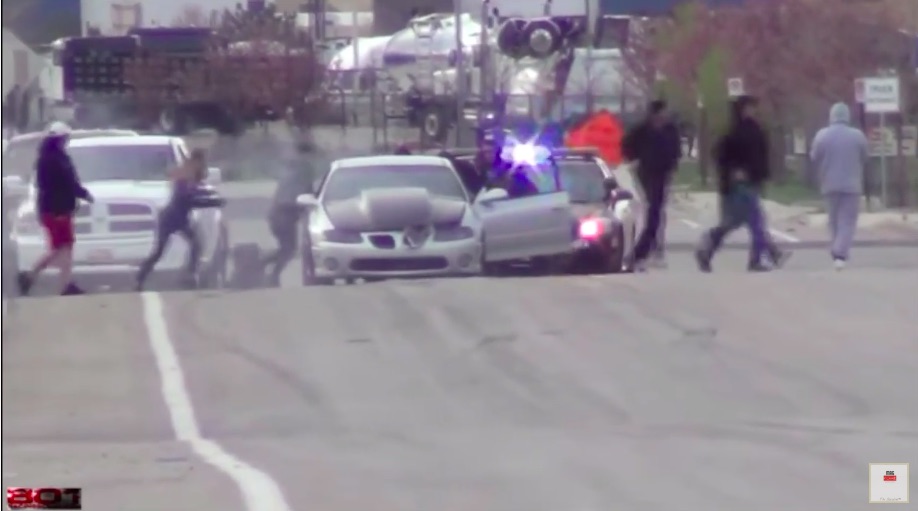 There are bad days and then there are BAAAAD DAYS. The guy in the silver late model GTO suffers the latter in this video that was shot at some undisclosed street racing spot in Anywhere, USA. The Cadillac and the GTO are lined up for battle, the guy shooting this is obviously far away as the shot is a little on the shakey side. Anyway, things go from normal to bad in no time as the GTO violently explodes before seemingly moving an inch. The crowd scatters for a second and then as the jet of fire rises from the engine compartment of the GTO, things get really interesting.

Eventually people wander back over with fire extinguishers and just when the guy in the GTO doesn’t think  it can get any worse, the cops show up. People start running for the hills and disappearing and this poor sucker is siting there dead in the water. The guys start to push the car off the side of the road but it’s likely that things didn’t get any better for the GTO owner after that.

It seems like the car was towed there so between the whole street racing angle and then what would likely be a laundry list of equipment violations, this was no small nickels ticket. Hopefully (for his sake) the car owner/driver did not get hauled away. We’re sure he was already looking at a hefty repair parts bill for as long and strong as this fire burned.

You know what they say. You pay your money, you takes your chances. He came up craps on this one.

So You’re Craving Nitro, Right? Here Comes The National Day Of Nitro! Video - Unimogs, Cosworth, and Classic Chevys: This Collection Of Stuff Has A Little Something For Everyone

16 thoughts on “Insult To Injury: Watch This Street Racer Suffer A Manifold Explosion, A Fire, and Then A Visit From Johnny Law”