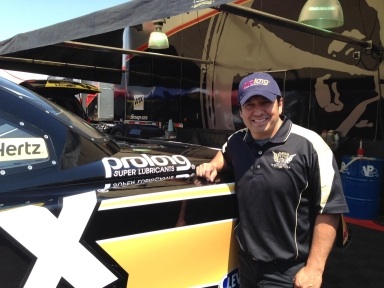 It is always cool when we see BangShift sponsors involved in the hot and heavy world of automotive competition and Prolong recently jumped into the deep end of the lubricants pool with Tony Pedregon to become the primary lubricant sponsor on his nitro funny car. What this means is that Pedregon will be using Prolong oils and lubricants exclusively in and on his car. The primary product will be the company’s well known and widely used Nitro Racing Oil which has been the favored sauce for many teams in the nitro ranks for years due to its ability to stand up to the rigors of nitro competition as well as its ability to fend off complete fuel impregnation during a run. If you have ever seen the oil come out of a nitro car after a single pass, you understand what we’re talking about.

It may seem like a small deal for a professional racer to have an oil sponsorship but it isn’t. The sheer volume of the stuff that teams use, combined with the specialized nature of the product means that it is a primary cost for any racing operation, especially a nitro team. Prolong teaming up with Tony is great news for both sides as the world will see the Prolong name and product in a hard running fuel funny car and Pedregon can have confidence that when crew chief Tony Shortall gives him the high sign that the engine’s internal components are slippin’ and slidin’ in some of the best oil for their particularly harsh environment.

Pedregon has 43 career wins, with a career-best elapsed time at 4.041 seconds, and he holds the record of quickest quarter-mile run in funny car history at 4.659 seconds.
Pedregon trusts Prolong products to protect the 10,000 horsepower engine in his funny car. His crew uses Prolong’s newest Nitro Racing Oil, designed to deliver extra protection and performance in alcohol- or nitromethane-fueled race engines. In addition to Prolong’s Nitro Racing Oil, he also adds the company’s performance-enhancing Engine Treatment and Oil Stabilizer. Even Pedregon’s transport vehicle gets a boost from Prolong products, with Diesel Injector Cleaner and Diesel Fuel System Cleaner to help improve mileage as the team travels. And the company’s Waterless Wash & Shine and Super Protectant keep both the transporter and the race car looking clean.

“We are excited to sponsor Tony Pedregon throughout this racing season. Our products are proved to protect engines and bearings from wear during the extreme pressure of high horsepower engines,” said Jon Apogee, General Manager: Marketing, Domestic Sales and Motorsports, Prolong Super Lubricants. “Not only do Prolong products help prevent metal-to-metal wear by bonding to the metal, but our oil also limits dilution from the nitro and therefore protects bearing surfaces for the entire run. This means teams can utilize key parts run after run saving thousands of dollars.”

Prolong Nitro Racing Oil features a blend of premium synthetic base oils and additives and is available in 40, 50 and 70 weight versions. All Prolong Oil, Engine Treatment Fuel Products and Oil Stabilizer products are formulated with Prolong’s Anti-Friction Metal Treatment(tm) (AFMT(tm)) technology to protect against high temperature oxidation, wear and viscosity breakdown during severe use. Made in the United States and meets the demand of high-horsepower, high-RPM engines, these advanced products feature highly-effective detergent dispersants and corrosion inhibitors to keep engine parts clean and free of sludge, varnish and rust. 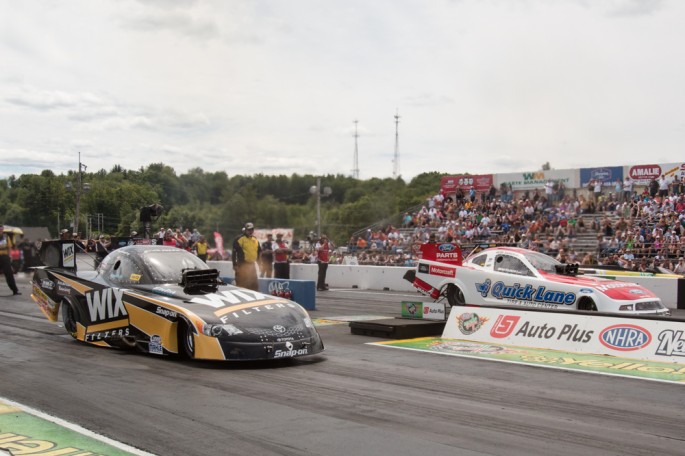