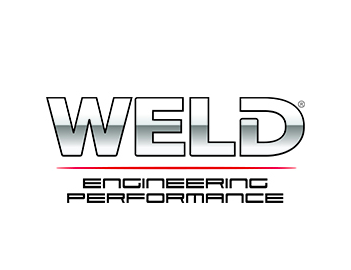 Hot Rodder of Tomorrow is a pretty neat program that teaches the next generation of car guys and girls lots of valuable skills while also giving them an opportunity to have their excellence rewarded with scholarships to further their education. There are over 150 participating schools across the country and those schools field a team. This team consists of kids that have to tear down and rebuild an engine in under 35 minutes which includes properly torquing fasteners and doing the assembly work the “right” way. (We know, 35 minutes is impossible to do the “right way” but the thing cannot be put together with a hammer). The teams face off in local and regional competitions with the best of the best competing at the SEMA show and at the PRI show for national championship honors.

If you have never seen this competition in person before and you attend those shows, it is totally worth a watch. The kids are as intense as any athlete you will ever see, they work as a seamless unit, completing tasks, communicating, and hustling their fannies off. It is an opportunity for kids who like wrenches far more than bats, balls, and pucks to be a part of a competitive team atmosphere and reap all the benefits that come from it.

Big thanks to Weld for helping the next generation of gifted hot rodders to do their thing and succeed!

Kansas City, Mo. – Recognizing the opportunity to support young people in their pursuit of an automotive career, WELD has renewed its sponsorship of the Hot Rodders of Tomorrow (HROT) Engine Challenge program. WELD has been a HROT sponsor since 2013.

Hot Rodders of Tomorrow is a nationwide high school engine building competition that engages the next generation to pursue careers in the performance aftermarket and racing. Regional competitions are held across the country where high school teams compete against the clock in a total engine rebuild. The HROT program started in 2008 with five teams competing. Last year, 153 teams competed in regional competitions for the right to claim a share of the $4.55 million pool of scholarships offered by supporting educational institutions. Each team has a “sponsor” assigned, coming from the pool of HROT supporters that include many major manufacturers in the performance aftermarket along with SEMA and PRI.

Last year the WELD-sponsored team from Eastern Oklahoma County Tech Center claimed the HROT national championship in the competition that pits teams from across the country in performance engine rebuilds. To qualify for the HROT dual championships held at the SEMA Show and PRI Trade Show, teams must complete a total engine rebuild in less than 35 minutes. The two top teams from the SEMA Show in November will take on the top two teams from the PRI Trade Show in December in the finale to crown the 2016 Engine Challenge Champion.

“Investing in a program like HROT gives us the chance to provide young people with a path toward joining our industry,” said Norm Young, president and CEO of WELD. “HROT and its Engine Challenge program is a fast-paced and exciting competition that we proudly support.”

For more on HROT, visit www.hotroddersoftomorrow.com or find them on Facebook.

WELD manufactures the highest quality forged race wheels for dirt, oval and drag racing, along with wheels for performance street cars and trucks. Each WELD wheel is precision engineered for maximum performance on the street, off road and at the track. For more information about WELD, phone 800-788-9353 or visit www.WELDwheels.com.

Hiding In Plain Sight - This 2000 Buick Regal GS Is So Good That Nobody Will Believe The Truth When It's Told To Their Face! V8 Supercars driver uses weekend off to crush Porsche Carrera Cup field