Hiding In Plain Sight – This 2000 Buick Regal GS Is So Good That Nobody Will Believe The Truth When It’s Told To Their Face! 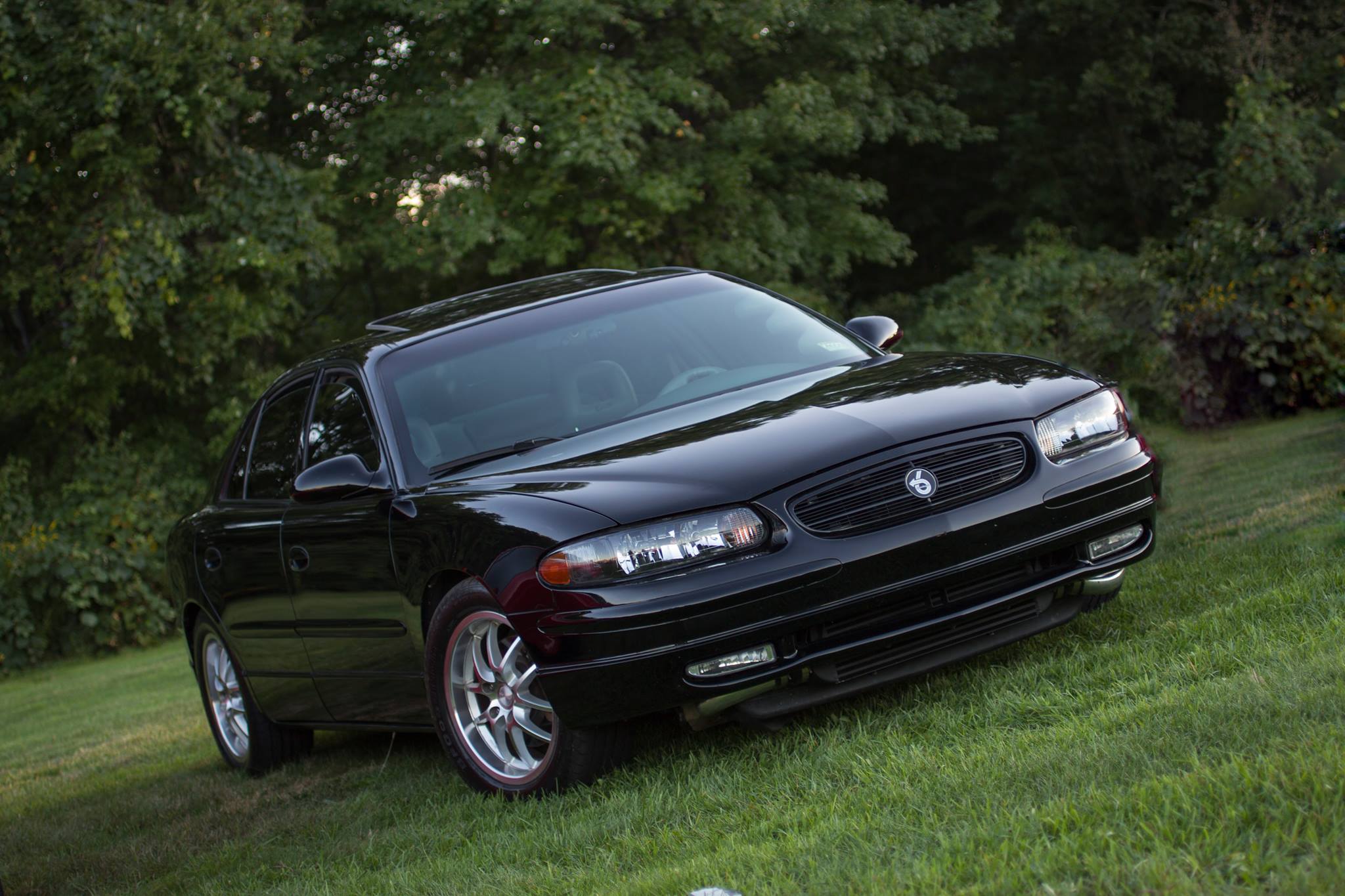 (Photos by Nick) On any night anywhere, you can find a stereotypical car guy. Just listen for the loud pipes, or look for certain cars grouping together. Mustangs. Camaros. Civics that have been tuned to within an inch of their lives. Subaru and Mitsubishi owners holding a miniature Cold War in a parking lot somewhere on a quieter side of town. They all have a lot in common: The cars are meant to be loud and aggressive, are impressive enough off of the showroom floor, and the owners stake a lot of pride on their vehicle’s performance. They know and respect other cars like them: a Mustang owner will be careful to not find the hot Evo and if a Subaru owner hears a Corvette with a turbo, it might be safer to pack it in for the night and to sit this race out. Funny thing though…they aren’t the only fast cars in the game. It’s just that to these kinds of car enthusiasts, they are the only kinds of cars that matter. Why is that? For the most part, because the owners were told so. A fast car must be V8, rear wheel drive, and obnoxious. A fast front-driver must sound like a swarming bee colony. All-wheel drive turbocharged rally rockets could play a trump card on either of the others because they can hook and book. What happened is that each group and their followers basically fell into a hive-mind situation: this is the recipe for a fast car. This is how it’s done. But surprise, it’s not. With the right application of parts and knowledge, any car can be fast. And we aren’t talking hack-job deals like stuffing an LS1 into everything under the sun and calling it good, either. 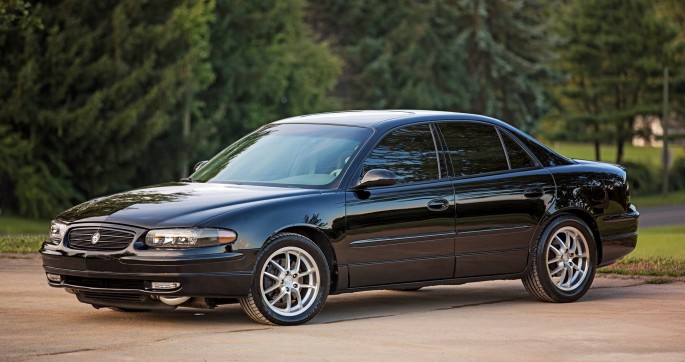 Nick, the owner of this black sedan, has been someone I’ve followed for years on YouTube. Around the same time I was driving a 2001 Buick Regal GS Joseph Abboud Edition around Tacoma, picking fights and bracket-racing, he was doing much of the same with a supercharged 1998 Regal GS that he had gotten from his grandfather. While I stayed stock with my car for the sake of bracket racing, Nick did not. Not by a long shot. During my second deployment, I’d watch videos of his black Regal eating Mustangs, GTOs and pretty much anything else that would line up next to him alive. The kill list this W-body Buick has achieved is legendary, and undoubtedly has earned Nick the ire and hatred of the traditionalists who have had the misfortune of seeing the Regal’s full-width taillight. He’s been called just about everything under the sun in genuine anger, usually after the race, and has often heard, “At the end of the day, it’s still just a Regal.” And that’s true…it’s a W-body Buick Regal, a car often ignored and passed up. And it just stomped a hole through yet another over-inflated ego. So when it came time to deal with the current crop of serious players that have been unleashed…you know, GT500s, Hellcats and Scat Packs, ZL-1s and the rare Z/28 on the roads, the build had to change up, and that’s where this 2000 Regal GS comes in. From the start, this car’s mission is just like the old car’s: it is here to break hearts and screw with heads. 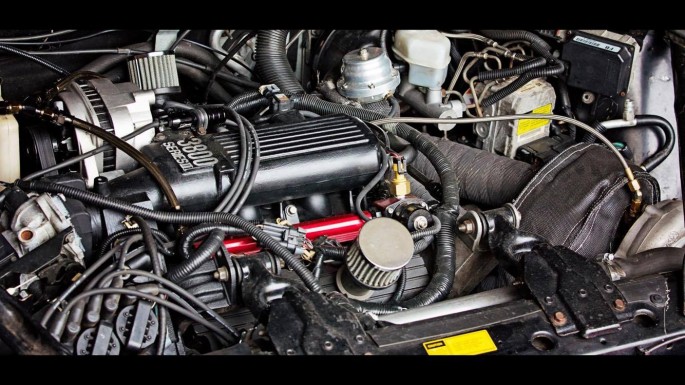 So what makes the Regal do what it does best? The answer: not that much, to be honest…at least, not with the engine. In stock form Regal GS’s pack the L67 Series II 3.8L V6 with an Eaton M90 supercharger on top. Good for 240 horsepower and 280 ft/lbs of torque, I’ll personally attest that at Pacific Raceways and Bremerton Raceway in Washington State, the car was a solid 14.9 bracket machine all day long, no matter how many times I hot-lapped it. But there is plenty more in the Series II, and that’s where Nick’s work begins. His 3.8 is now turbocharged, bringing in some of the spirit of the legendary Buick Grand National. Running a stock bottom end, stock heads that haven’t even been ported on stock head gaskets, stock rods, rockers, lifters, valves, plug wires, coils, and all of the accessories, you’d be forgiven into thinking that just changing over to a turbocharger would do the trick. There’s a little more going on than that: the head studs are from ARP, a custom camshaft that uses Comp Cams XFI profiles (that is mild enough to be hidden in the muffled exhaust), 140 pound valve springs, a double-roller timing chain, the intake manifold from a 3.8L Camaro that moves the intake inlet to the passenger side of the car, and of course, the Billet turbocharger, intercooler, and all of the necessary piping. If you really want to pick this build apart, you might notice the Aeromotive fuel rails, the 160 amp alternator that is keeping the Walbro 485 fuel pump happy, or the hint of E85 fuel in the air.

Making power with a W-body isn’t difficult. The weak link isn’t in the engine…it’s the transaxle. The 4T65E-HD can hold up to a stock supercharged 3.8 for the most part, but any more power than that and it becomes a problem. This Regal’s build was delayed a year…after testing on “big boost”, the 3rd gear sprag called it a day and Nick was so pissed off that the car was parked. To say that he addressed the problem is an understatement: While the axles, output shaft, differential, case and yes, even the sprags are stock, the rest is full-race…literally: inside there are the second-generation “blue plate special” clutch packs with the Raybestos Zpak 3rd gear that you could have found in the GM Racing Team’s 1,200 horsepower Ecotech-equipped drag cars. The 3rd gear piston is now billet, which raises clamp force by 50%. A custom five-clutch input set, GM Racing 1″ chain and 3.29 gear set (an extremely difficult to find kit), Meziere billet flex plate and a Precision 2800RPM billet converter work together to get the Regal moving. Another issue with the trans is fluid: the stock pan doesn’t have enough fluid and line press tends to drop off. A custom fabricated deeper trans pan puts an additional gallon of the 75/25 mix of Dex3 and Cat 30w gear oil into the system to alleviate any future problems. 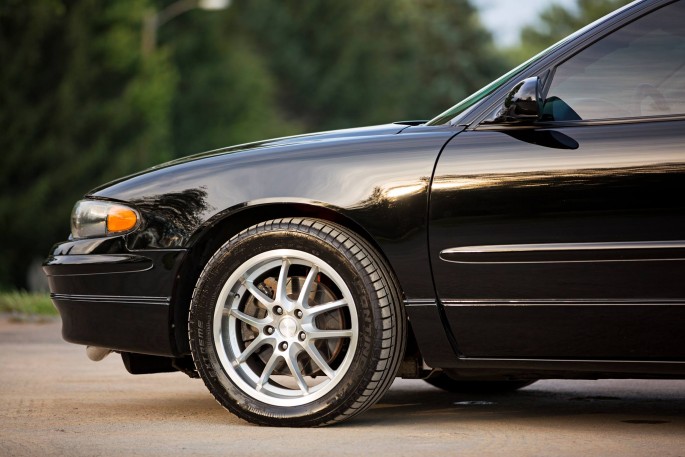 Custom built coilovers at all four corners are utilized. Featuring AGX inserts and heavy springs, the rear is slightly raised and the nose slightly dropped, aiding in traction. Pontiac Grand Am GT calipers and rotors are fitted, saving 30 pounds of weight, and the anti-lock brake system has been deleted. The front subframe has been swapped to a fully aluminum setup, saving an additional 20 pounds, and is fitted with polyurethane bushings. The Regal runs two sets of wheels: A drag setup that uses 15″ Weld DragLites and Mickey Thompson ET Drags, and for street use, a rare set of 17″ SLP wheels, believed to be one of maybe 20 sets made, on Continental tires. As far as the pretty stuff goes, the car has been converted from two-tone to fully painted black, HID headlights have been fitted, the headlights and taillights have been smoked, the grille logo has been changed to the Buick “Power 6” logo, the windows have been tinted, the brake calipers have been painted black, and the interior lights have been changed over to LEDs. The end result is a Regal that certainly looks dressed up and custom, but still looks like a Regal. There’s no scoops, no fender exhaust, no real giveaway of the intent of this weapon. 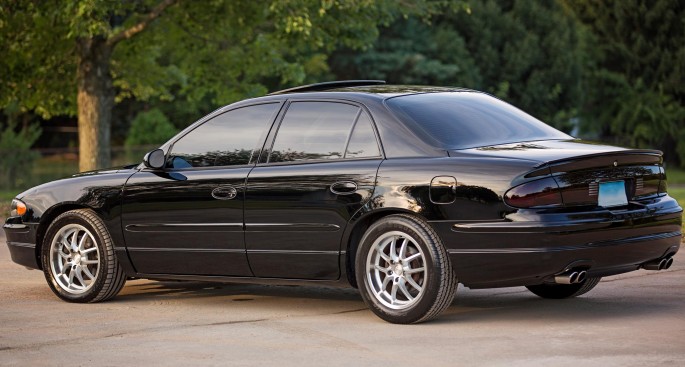 So, just how wicked is this Buick? Let’s leave it at this: Nick has gotten into the habit of telling people exactly what they are up against, because there is no way that they would believe him. Think about it for a second: sure, this Regal is clean and even with the trained eye of a veteran seeing the turbocharger swap for themselves, would you really give this car much credit when the guy standing there is spouting off like a teenager who is lying about grandeur? According to Nick: “I will literally say to people. “Yeah its a turbo and it should make over 600 at the wheels. It should also run 10s on low boost” as we stand next to it running and it sounds stock. They look at me like I have three heads. It’s perfect. The truth is the best ammo when trolling unsuspecting 700whp GT500’s and other “fast” cars. There’s nothing really hidden about it. People’s own perceptions and views of what “should” be fast or what fast should look like provide all the cover I need. People look at it: ‘well its FWD, it’s not loud, it’s not a V8… It can’t be that fast.'” Consider this your warning: not everything is as it seems and there are people out there who are happiest when they hear the fluttering noise of a deflating ego and the angry venting of another victim. You’re damn right it’s “just a Regal”. This comfy four-door just handed you your ass on a silver platter, and will move on to the next sucker without so much as a second thought. 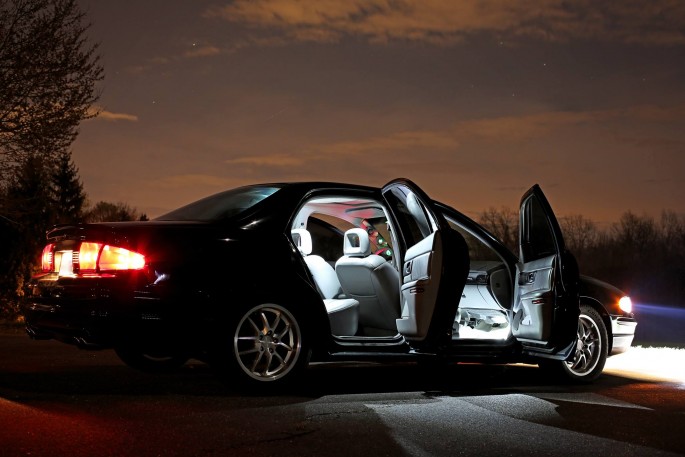 eBay Find: This Homebuilt, Cushman Powered Car Looks Like A Project Right Out Of The 1960s! Weld Renews Sponsorship of Hot Rodders of Tomorrow Program - Continues To Support Youth Initiative

13 thoughts on “Hiding In Plain Sight – This 2000 Buick Regal GS Is So Good That Nobody Will Believe The Truth When It’s Told To Their Face!”