eBay Find: This Homebuilt, Cushman Powered Car Looks Like A Project Right Out Of The 1960s! 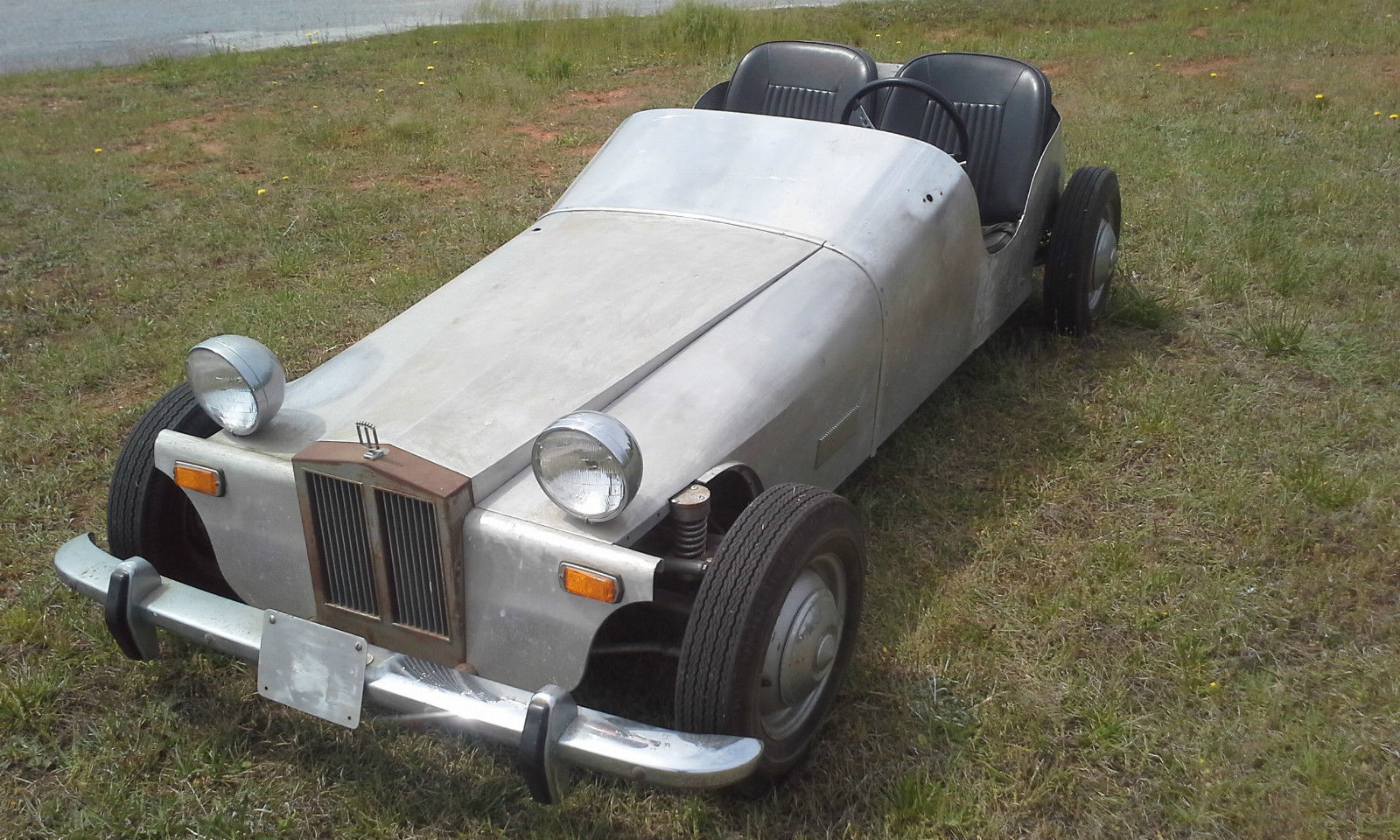 Lots of times when we see stuff that is homebuilt it is cringeworthy, weird, and likely ready to kill whoever is bold enough to actually attempt to operate it. Then there’s examples like this one which happens to be awesome and fascinating. The seller does not know a lot about the history of the machine but is guessing that it was built in the 1960s. We’ve got no real way to refute that and there are many hallmarks of a “kit” style build here where someone may have sent away for plans to create this 18hp sporty car that uses a Cushman engine, transmission, and various parts from other vehicles. The hubcabs are from a Fiat and we’re guessing the wheels may also be fiat pieces. Built to be totally functional car with headlights, tail lights, seating for two and a radio, there’s got to be one heck of a story to go with this creation.

The body is made of aluminum and it has the classic English sports car shape with its long nose and rearward seating position. One thing it does have that we were not expecting? Front wheel drive! Yes, the engine is spun around from the direction it would normally be found and the half shafts that would typically be turning the rears are actually operating the font. Because the stuff is backwards from its normal position, the shifting sequence is apparently backwards as well. The three speed manual shifter layout is such that 3rd gear is up and to the left as opposed to up and rightward. We don’t imagine the vehicle is all that swift and it probably runs out of breath early but we think it is neat as heck and we’re wondering if anyone here has every seen anything similar in their automotive lives.

Was this some sort of Popular Mechanics project or did something just create this baby from scratch in their home shop 50 years ago? We’re dying to find out!

Check out the photos and then hit the link at the bottom of the page for more! 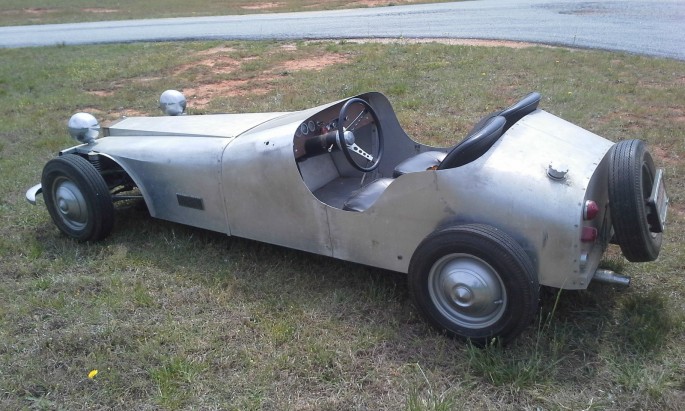 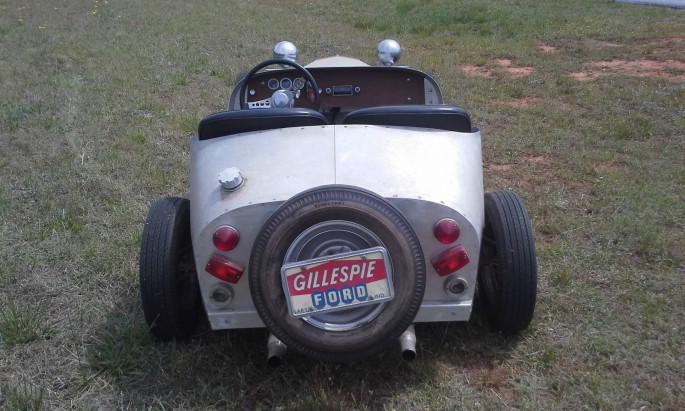 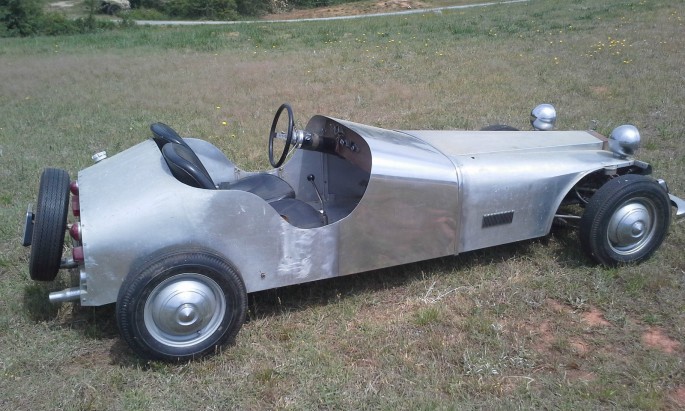 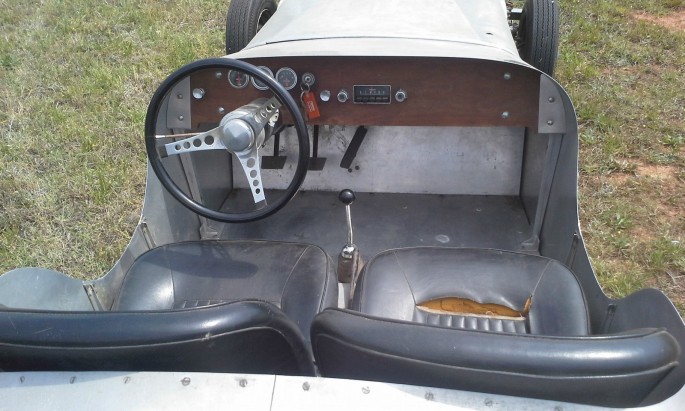 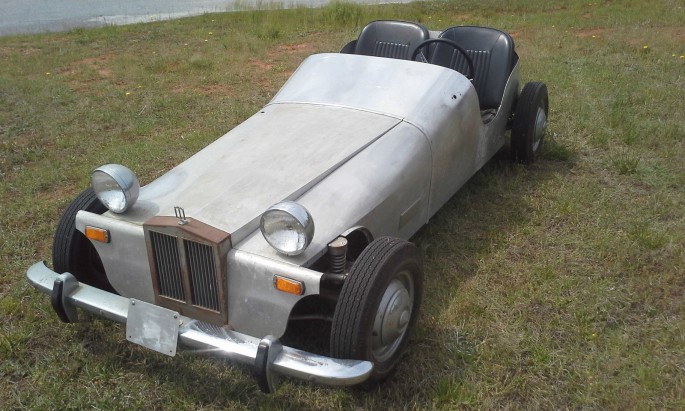 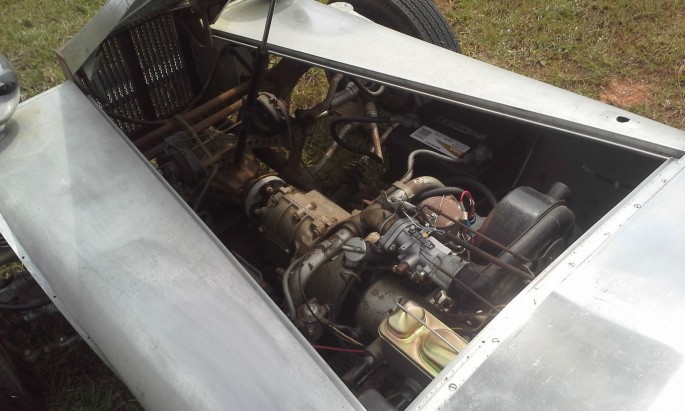 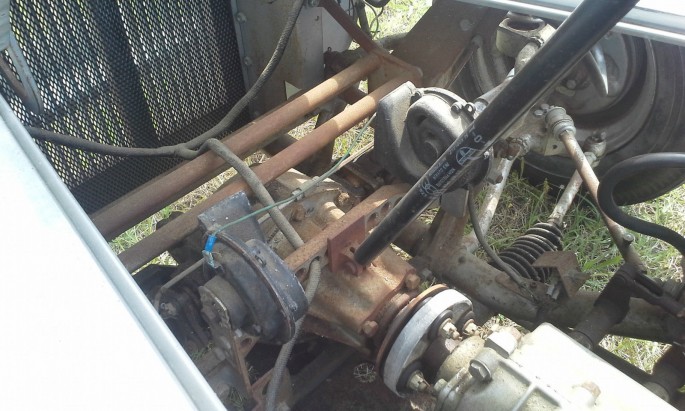 Drag Action Gallery: The Southeast Gassers At Greer Dragway - Perfect Track, Perfect Cars Hiding In Plain Sight - This 2000 Buick Regal GS Is So Good That Nobody Will Believe The Truth When It's Told To Their Face!

One thought on “eBay Find: This Homebuilt, Cushman Powered Car Looks Like A Project Right Out Of The 1960s!”