The Internet Says That Using A File This Way Will Ruin It! Does The Internet Have A Clue? 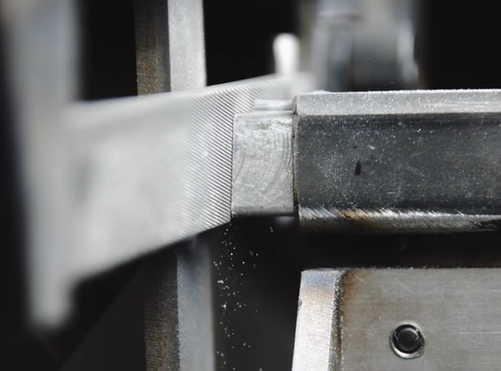 Sometimes good people make comments on videos and such telling people how they are doing things wrong. Sometimes they do this to be a know it all, or to bash on people, but sometimes it is because they truly want to help and give the person constructive information and criticism. But what if the information and technique they are giving isn’t actually the right way to go, even if it is what people have been taught for decades? What if the materials in the tool, in this case a file, are better now than ever so the technique that works best has changed? What if it never was the actual right way to use a file even if everyone thought it was? Hmmmm. This just might be one of those times where someone tells you to use a file one way, because that’s the way it has always been done, when in fact it either doesn’t matter or actually works better the “wrong” way.

In these two videos from Jason at Fireball Tool he talks about the fact that he got completely beat up by folks for using a file wrong on one of his other videos. They critics told him that dragging his file backwards on the part, in order to keep the angle and orientation correct and repeatable, wasn’t the right way to go and would cause damage to the file. It’s called back dragging and the internet lost their minds and told him to stop doing it. I also use a file this way quite often and agree with Jason on the fact that this makes the finish nicer and more consistent.

But Jason is all about science and testing so he is going big on this one and makes a really trick rig to test this with a variety of files. Watch the video, be impressed by his thought process, and see what the results say. Are Jason and I doing it wrong? Have we been ruining files for decades? We just might be. Check out the videos below.

Qarantine Cruise Photos: The November 2021 Quarantine Cruise In Had Some Epic Machines. Check Them Out! Here's All Our NHRA World Finals Photos In One Place! Check Out Anything You Might Have Missed!

One thought on “The Internet Says That Using A File This Way Will Ruin It! Does The Internet Have A Clue?”