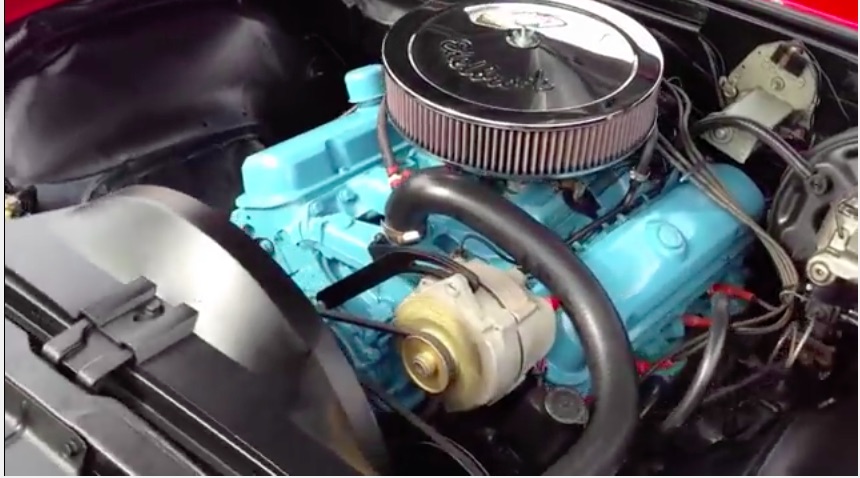 Well we’re continuing to hit as many engine high points as we can over the course of the “muscle car” months this year. Today, being 3/26, we’re going to pay some homage to the little 326ci Pontiac V8 that as found in a bunch of Ponchos over its life from 1963-1967. The vast, vast majority of 326 engines were sent out of the factory doors with 2bbl carbs on top of them but later in the lifespan of the engine there was an HO version that had a four barrel carb, dual exhaust and more compression giving it 280hp and a bump in torque that made it more fun in cars like the LeMans. It gave people an option below the mighty 400ci engines that were famously powering those machines.

The 326 was interesting because it was created by Pontiac to fill the gap left by Pontiac pulling the 215ci Buick engine it was offering in the Tempest up until 1963. The first version of the engine had a 3.75″ bore and a 3.78″ stroke which actually had it measuring 336ci. There was a 250hp and 260hp version available and both were breathing through 2bbl carbs.

In 1964, GM passed a rule that intermediate cars were limited to 330ci and that resulted in a bore reduction to 3.72″ and a true 326ci displacement. It was at this point that the engine was optional in Tempests and then later in the Pontiac Firebird.

The 280hp version was offered for a couple of model years before being sent off to pasture.

While the 326 was not a “muscle car” engine, it was a good, solid piece that had all the reliability and engineering that those muscle car engines had. They were tough as nails and served as good “prime movers” for the majority of passenger Pontiacs during the middle 1960s. A yeoman’s engine, it was overshadowed by the larger and sexier 389s and 400s but people still love them today.