Dec 04, 2008Chad ReynoldsBangShift NewsComments Off on Ted Cyr, First in the 7s, Dies 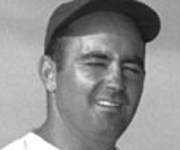 Ted Cyr, along with partner Bill Hopper, had one of the more successful drag racing teams in the country in the late ’50s and early ’60s. Cyr’s race wins included the 1958 NHRA Nationals in Oklahoma City as well as the 1960 Fuel and Gas Championships in Bakersfield driving his Blown Gas Dragster. In January of 1959 Cyr and Hopper became the first to run over 160 in a dragster at 161.71mph. While he was a respected member of the drag racing fraternity, with many other records to his credit, his biggest and most controversial claim to fame was his 7.962 pass at Fremont Raceway in Northern California in May of 1960. Yes folks, that’s before Garlits’ 7.88. His career hit a speed bump, when later that year he crashed, was injured, and would spend months in a body cast. After recovering he returned to run a car of his own through 1963, and then took a break.

Like most racers, he couldn’t stay away long and found himself running Top Fuel with new partner Flip Schofield from 1972 to 1975. The car was successful at many divisional races, but was never able to win an NHRA national event with the Fueler. Unlike the rich kids of today who may find their first racecar is an Alcohol Dragster, Ted Cyr did it like most of us, by starting off in the family door car. Once he tried it he was hooked. Several cars and many years have made Ted Cyr an accomplished, if sometimes less famous, member of drag racing history. He will be missed. He is survived by Irene, his wife of 58 years, son Gary, daughter Yvonne, six grandchildren, and four great-grandchildren.