The Dodge Charger Daytona SRT Concept: Meet The Most Controversial Concept Car Of The Last 25 Years 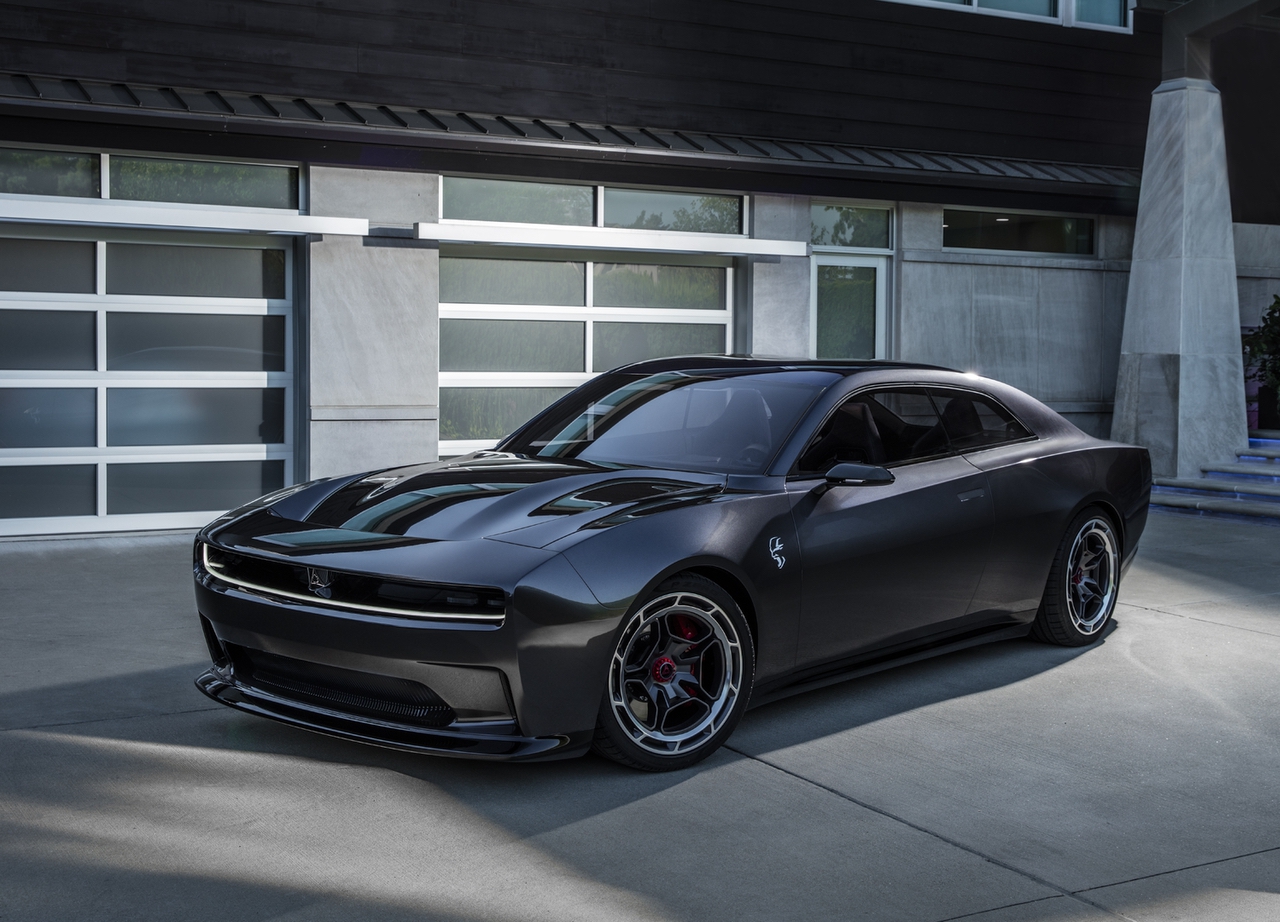 Love it or hate it, the big announcement from Dodge has come to pass. 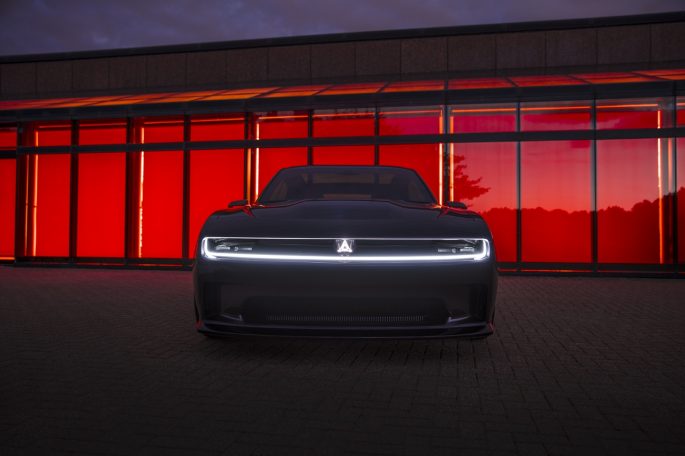 I’ve been writing in the automotive world since 2014. I’ve been paying attention to new cars, concept vehicles, buyers’ tastes, markets, powerplant choices and more since 1993. I’ve done research on as every historic concept vehicle I can find information on. I’ve seen everything from winners like the Pontiac Banshee, the Dodge Sidewinder, and the Ford Cobra to stinkers like the Mustang ST-20 (the car that became the Ford Probe), the GM GM80 concepts (the front-drive Camaro, Firebird and proposed Oldsmobile Silhouette coupes) and the Chrysler Citadel. Normally, most concept vehicles are well-received. Either they represent future design elements or, at least, show that designers can cut loose a little and have some fun.

But this car isn’t just a concept car in the basic sense. You are looking at the future design for the next large Dodge, the one that is due to be underpinned on the Stellantis STLA platform. Yes, you are looking at the car most of you can’t stomach, the full-EV replacement for the Charger, the Challenger, and vitally the Hellcat Hemi. Horsepower figures be damned, aural stimulation set aside, not even the fact that this is the first two-door factory-built Charger since 1987. Either you love this thing to death, or you are seeing the automotive equivalent of the Antichrist, and it’s getting it on with your mom. There is no splitting hairs here. Think that’s hyperbole? Go read some comments sections. You’ll see. 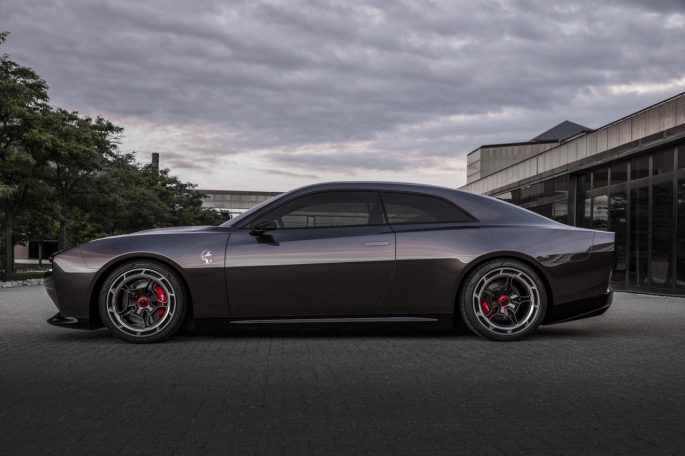 You’ll tell us whether you like it or not, but let’s at least get the facts out of the way. The official title for this machine is the Dodge Charger Daytona SRT Concept. The badge on the fender? That represents the 800BEV soul of this car, which has its own codename: “Banshee”. The look is neo-classic: we’ve had a pretty good idea about how the front and rear clips would be lit up thanks to the teaser we’ve had for a while. The side profile looks like a two-door coupe variation of the 1999 Charger concept (and that’s not a bad thing), but look closer at the nose: The shape is a bit faked. Dodge is calling that the “R-Wing”. The idea is to enhance aerodynamics, something the current-gen cars certainly could do with, but still manage to maintain a traditional shape. Add in all of the cues of classic Chargers everywhere, and the first use of the “Fratzog” logo since 1975, and the looks tend to be the lesser of the two evils. 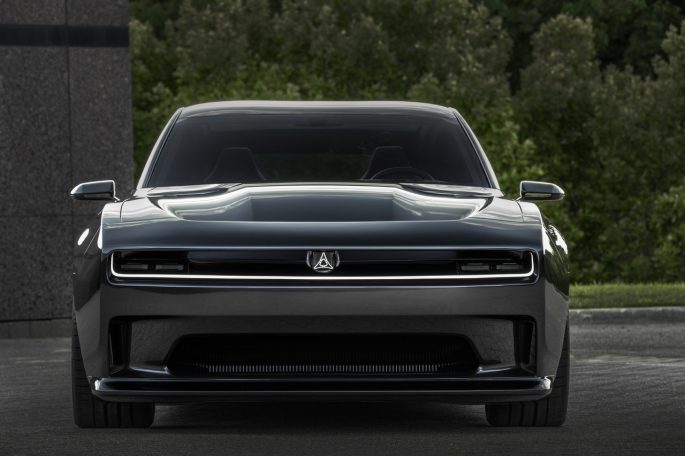 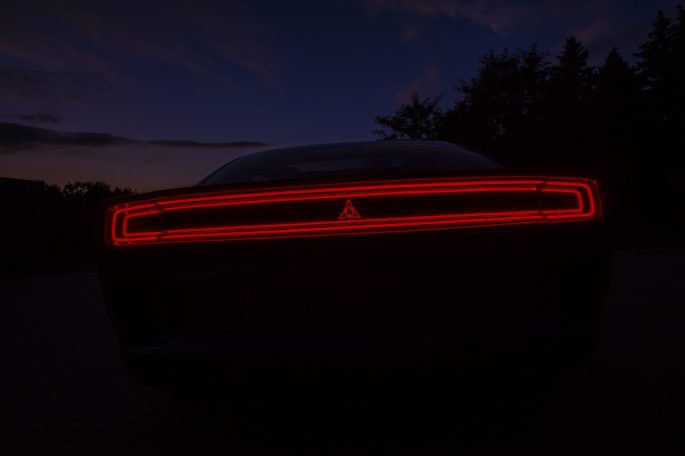 Okay, let’s get to the controversial part. This is the preview concept for the battery electric vehicle (BEV) that many bemoaned, howled, and cried “End Of The World!” about. Here’s everything we know: The Banshee unit is rated for 800 volts, and sends power to all four wheels. Dodge isn’t saying much more than that, but they have said that it will trump a Hellcat in every key performance measure. The transmission, known as the eRupt (nice wordplay, Dodge…) is a “multi-speed transmission with electro-mechanical shifting” unit that features what Dodge calls the “PowerShot”, a push-to-pass feature that is also offered in the recently-released Dodge Hornet crossover. Hit a button, pretend you have nitrous. Simple enough to understand.

What is a little more difficult to understand is what is being called the “Fratzonic Chambered Exhaust”. One of the biggest gripes about an EV Dodge was the lack of noise from the motor. Dodge listened. The system “pushes its one-of-a-kind performance sound through an amplifier and tuning chamber located at the rear of the vehicle.” The noise is…well, unique. It’s a kind of yowl. You need to hear it for yourself (and you can by checking out AmericanMuscleHD’s video clip by clicking HERE.) 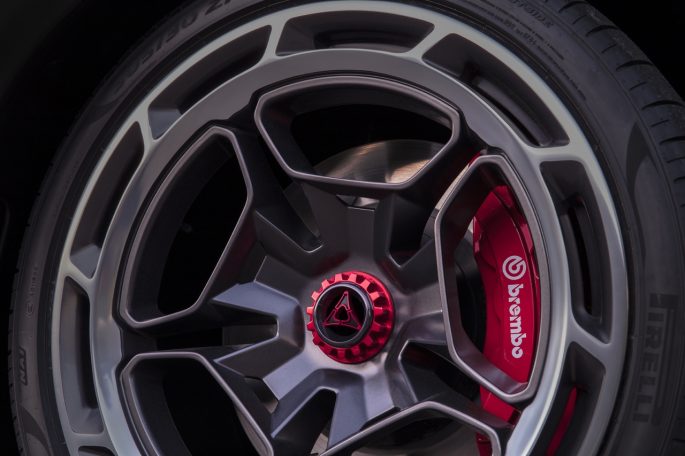 Being a concept vehicle, some elements aren’t going to make it. As wicked as center-lock hub wheels would be, they are show-only items. And being fair, we really have to wonder about the reality of a two-door coupe body style. One thing that we do hope translates to production is the combination of a hatchback/tailgate rear to the car combined with a flat-fold rear seat. 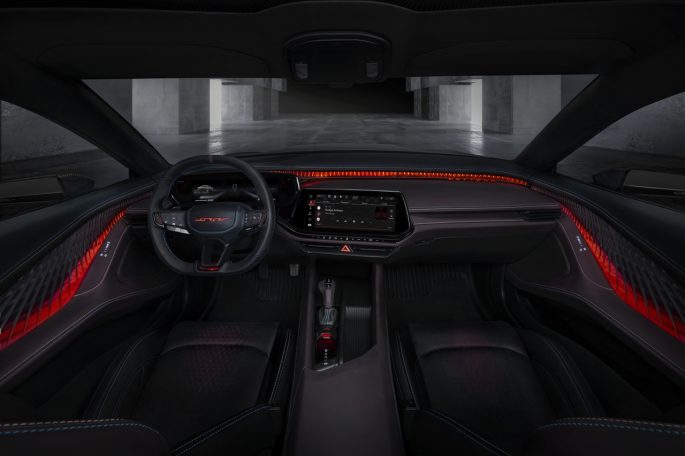 There isn’t much more we can say at this point in time. It’s a concept car, but it’s one of those “close to production” types that you should be looking at 7/8ths of reality. Don’t hold out hope for the Hellcat to remain. Don’t expect CAFE regulations to get loose enough for that argument to be made. This is what happens when the crackdown eventually had to come. The party wasn’t going to last forever, but what do you think: do you still weep for the end of an era, or do you see the start of a different chapter?

Stunning Video: Behind The Scenes And On The Track With The Greatest Wheelstanders Of The 1960s Budget Harbor Freight Off-Road Trailer Build Part 4 & 5: Adding Lots More Strength And Killer Fenders

6 thoughts on “The Dodge Charger Daytona SRT Concept: Meet The Most Controversial Concept Car Of The Last 25 Years”