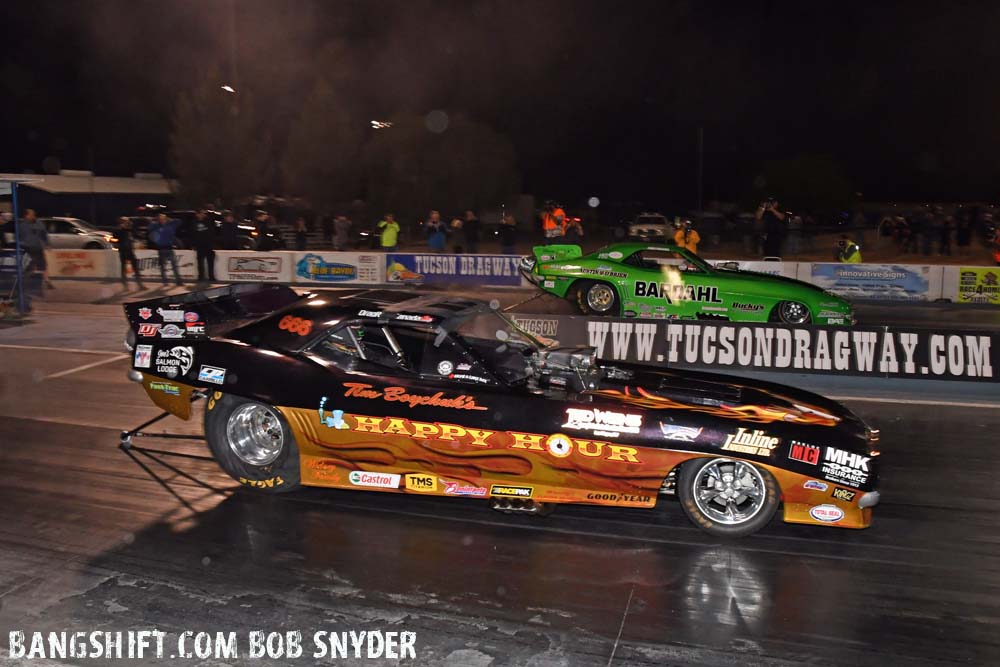 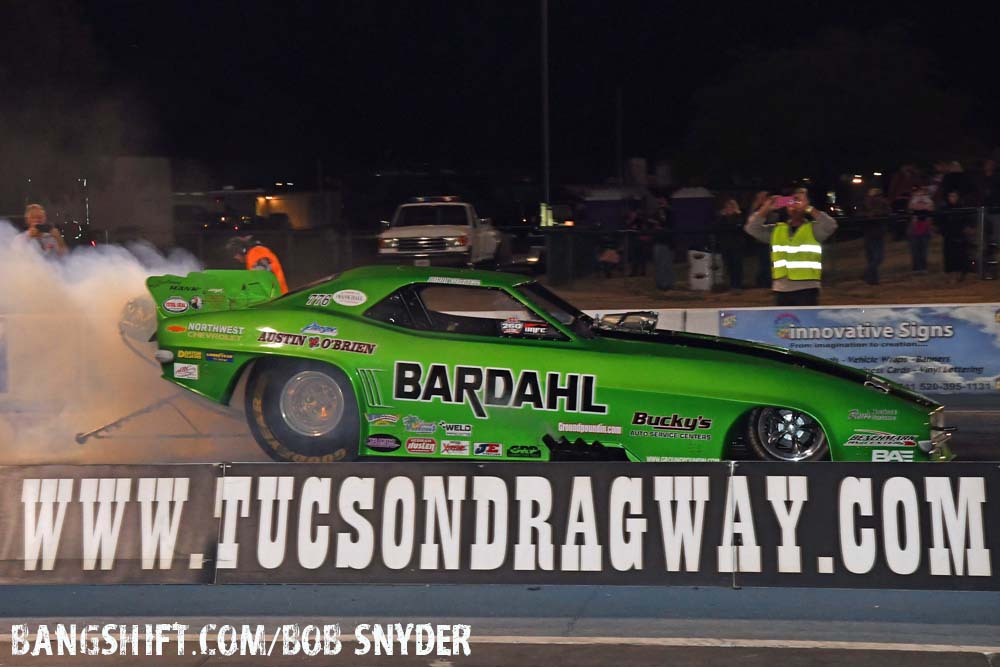 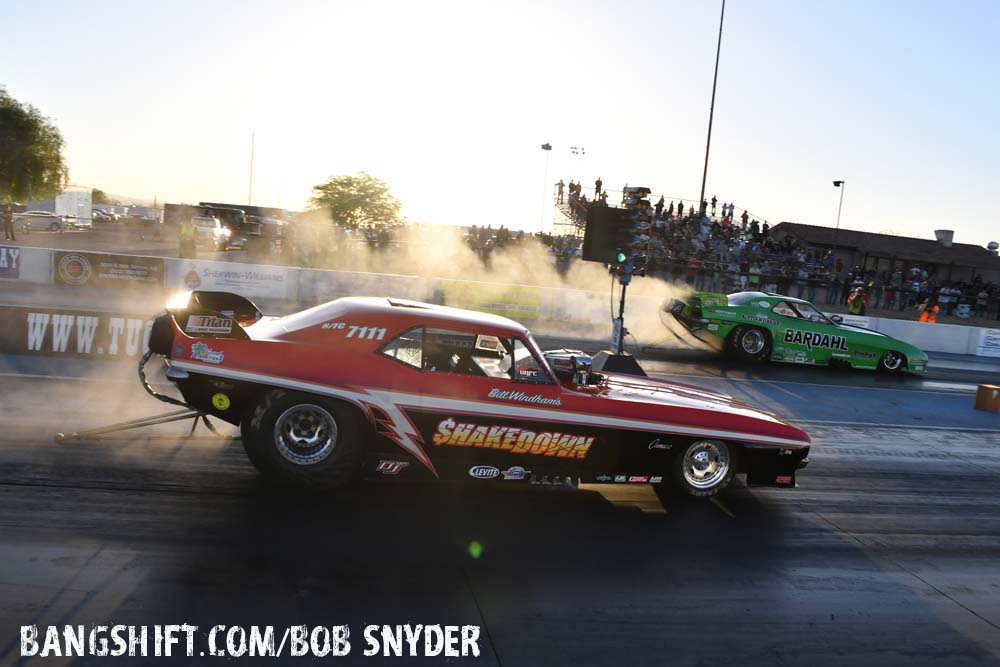 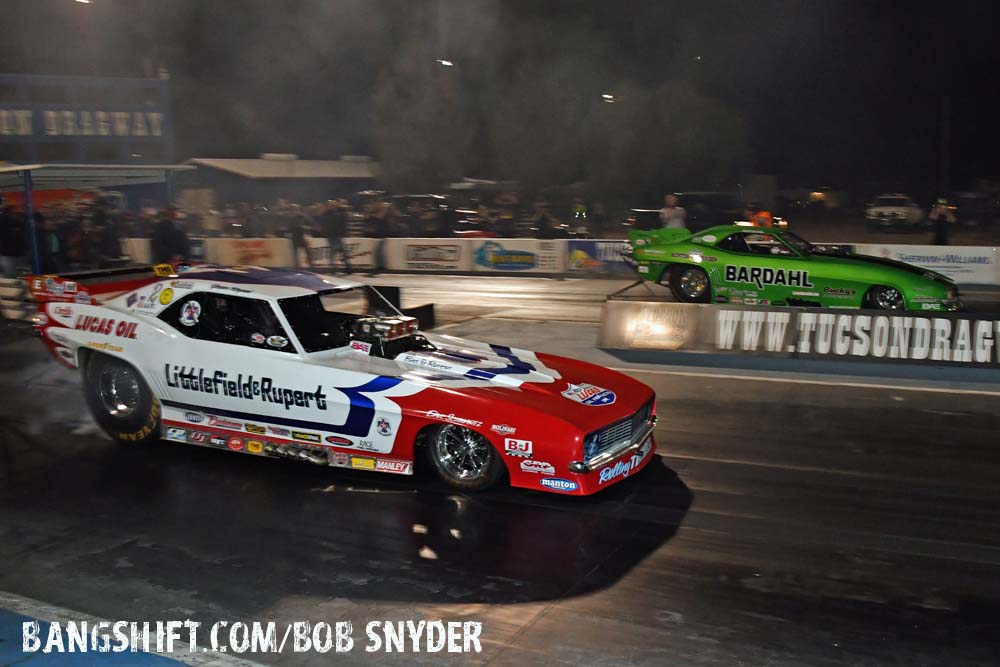 In the Semi Final match with between Cottrell and six-time funny car Champion Jason Rupert (above) smoked the tires with Cottrell setting a new track record with a 5.657/250.09.  The previous track record was 5.665 ET, set by Mike McIntire Jr. back in the IHRA Nitro Jam series. 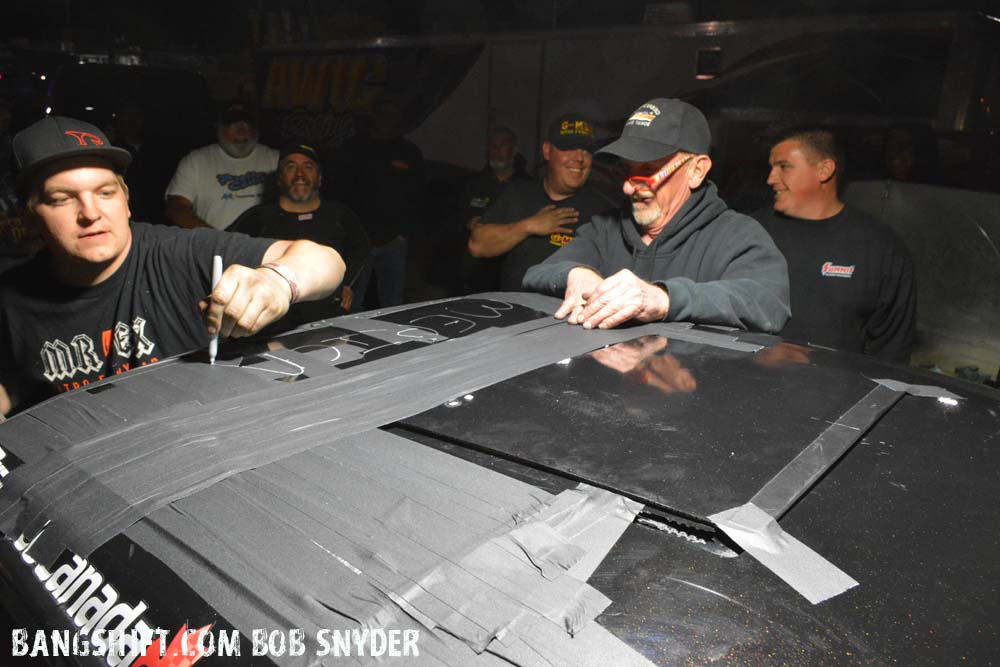 Cottrell and Boychuk met in the final round after a multi-team thrash to repair a gaping hole in the roof of Boychuk’s Camaro where a number of other teams pitched in helping to fill the gap.  Bobby Cottrell prevailed in the final, running another bracket-like pass of 5.665 elapsed time at 244.92 mph with Boychuk shutting off early.

In Series points, the top five earners has Bobby Cottrell in the lead winning the event with 98 points, Tim Boychuk second with 77 points, Matt Bynum third with 56, Jason Rupert sits fourth with 55 points and Steven Densham fifth with 34 points.

Videomaker Les Mayhew filmed the event and caught the action in Eliminations.

The UNFC Championship Series meets next for a Pacific Northwest double header on July 4 at Spokane County Raceway and Pacific Raceways on July 6-7 in Kent, Washington. 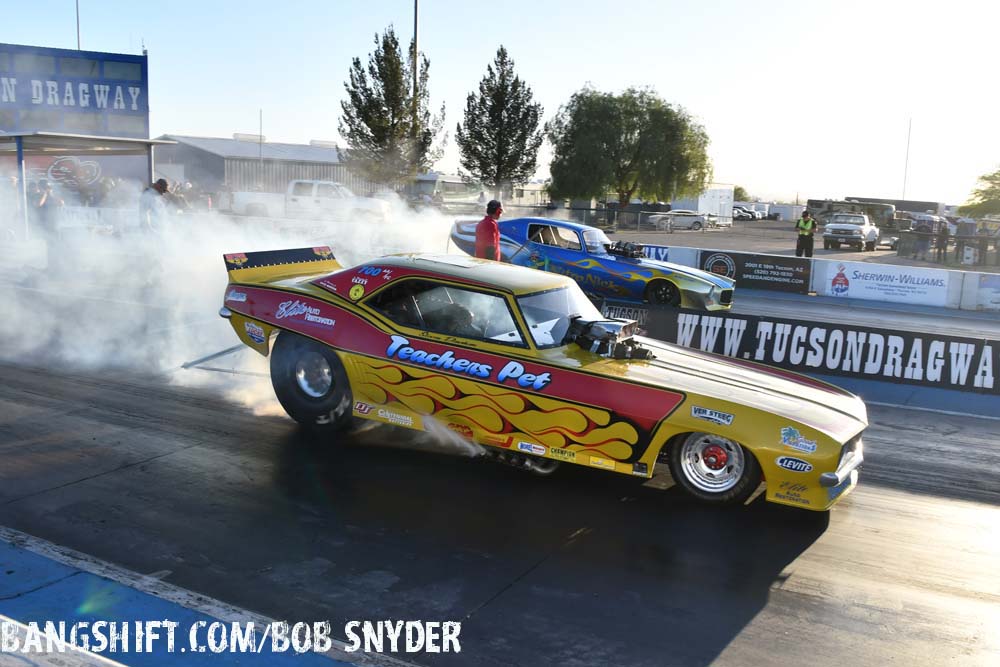 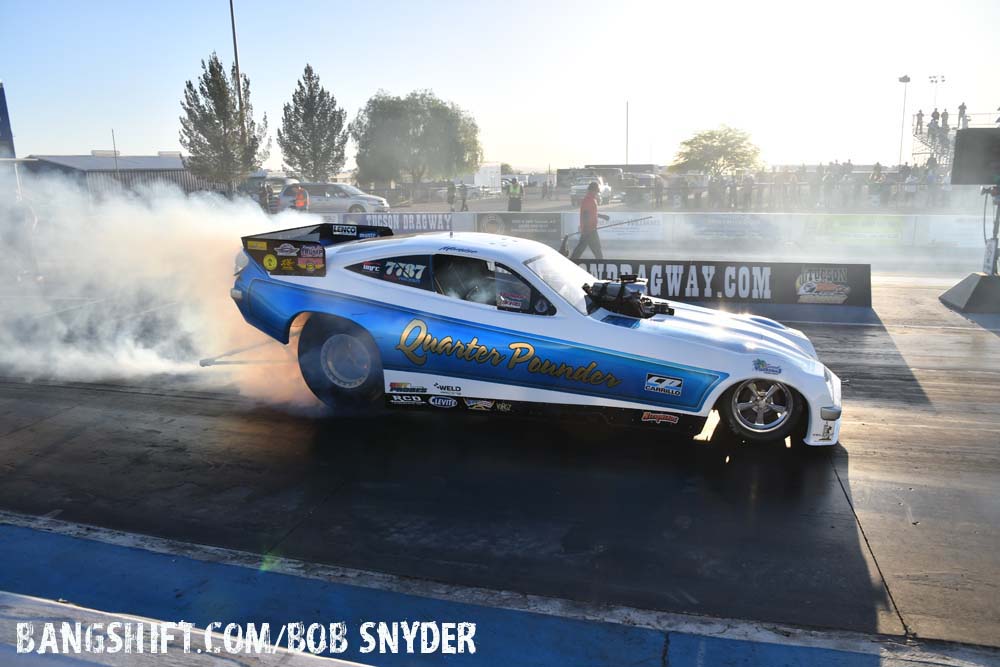 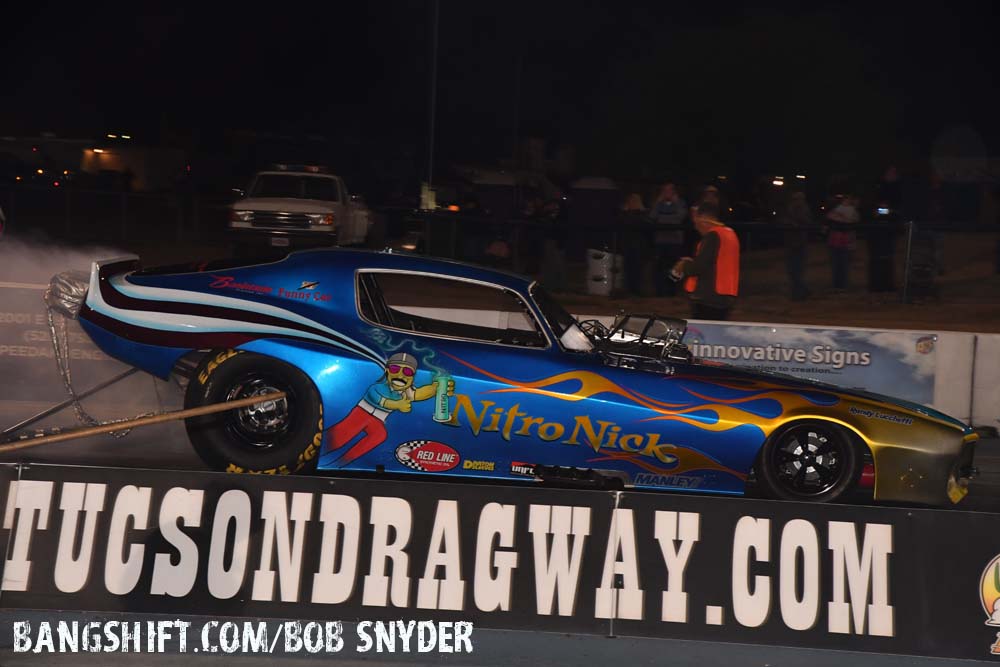 Watch One Of The Most Historically Significant 1955 Chevys In Drag Racing History Make A Rip At Thompson Raceway Park Here Is Our Final Group Of Images From The PDRA East Coast Spring Nationals - Tire Smoke, Wheels Up, Big Time Fun