Unhinged: How Many More Automated Systems Must Be Added Before NHTSA Figures Out The Problem Is The Idiot Behind The Wheel?

I’m gonna start with a press release from NHTSA:

The agency plans to continue to encourage development and commercialization of additional promising safety-related technologies of vehicle automation through its recommendation of two automatic emergency braking systems – crash imminent braking (CIB) and dynamic brake support (DBS). The addition is the latest in a long history of safety innovations covered in NHTSA’s new report, which uses data from the agency’s Fatal Accident Reporting System to create a statistical model that estimated safety technologies have saved 613,501 lives since 1960.

“Today marks an enormous leap in the evolution of auto safety by encouraging adoption of new technologies to keep drivers and their passengers safe on our roads,” said U.S. Transportation Secretary Anthony Foxx. “I want this Department, the entire automotive industry, and other innovators to keep raising the bar on safety like we are doing now.”

According to NHTSA data, one-third of all police-reported crashes in 2013 involved a rear-end collision with another vehicle at the start of the crash. The agency also found that a large number of drivers involved in rear-end crashes either did not apply the brakes at all or did not apply the brakes fully prior to the crash. Crash imminent braking and dynamic brake support systems can intervene by automatically applying the vehicle’s brakes or supplementing the driver’s braking effort to mitigate the severity of the crash or to avoid it altogether.

These AEB systems, along with promising innovations such as vehicle-to-vehicle communications (V2V) and automated vehicle technologies hold great promise to save even more lives and prevent even more crashes, building upon the successes of crashworthiness and crash avoidance technologies currently available in vehicles today. As these technologies mature, NHSTA will continue to accelerate its push on innovative and effective solutions to reduce the staggering toll of motor vehicle crashes in the U.S. through our research, regulatory, and consumer information programs.

Today’s action also marks the first step in a broader revision of NCAP and seeks to ensure the program continues to encourage both consumers and automakers to develop and adopt advanced vehicle safety technologies.

“Adding AEB to our list of recommended features will encourage consumers to consider AEB as a factor in their new car purchase and encourage automakers to make this important innovation more widely available,” said NHTSA Administrator Mark Rosekind. “NCAP is a critical tool for enhancing safety, so we are also looking at additional innovations to the program to capitalize on this exciting period of progress in safety technology.”

In 2013, NHTSA requested public comment on how the agency should update NCAP. Many commenters were very positive about the potential benefit of AEB technology, which today’s action addresses. Commenters also had input on other ways NHTSA could further improve NCAP and the agency plans to seek comment on additional program changes in the future. 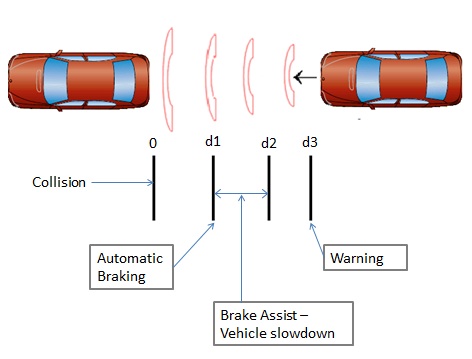 Not every recommendation NHTSA has made has been bad. I firmly believe that seat belts are one of the greatest additions to the automobile, but progressively, the additions to every car have become less of an honest update and more of a reaction to piss-poor drivers. Electronic Stability Control, because when the roadway conditions become less-than-perfect, people forget how to operate their vehicle…ask anyone in Seattle about the first rain after summer. Now the cars have to talk to each other, sense each other’s movements, and stop for us too?

Dear NHTSA: When are you going to understand that the safety issues that you wish to prevent are caused by licensed drivers who have sub-standard driving skills and the attention span of a weasel that has been given mescaline? You are trying to use technology to protect people who refuse to use public transportation, yet also refuse to drive in a safe and proper manner. Instead of requiring my car to have as many computers on-board as an Apollo spacecraft, how about we just up the requirements for obtaining a driver’s license? Wouldn’t that be the smarter move?

I could go on, but I’d be ranting. What do you think? 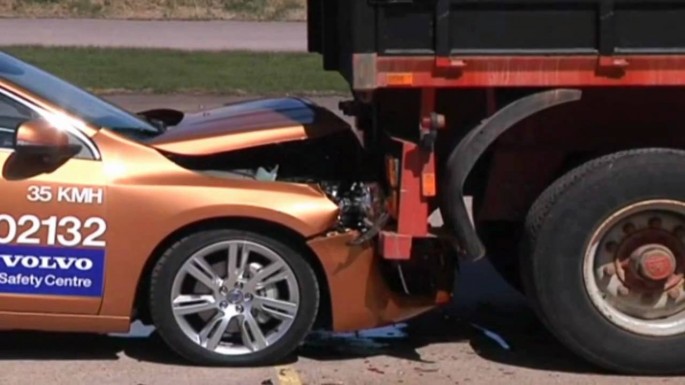 19 thoughts on “Unhinged: How Many More Automated Systems Must Be Added Before NHTSA Figures Out The Problem Is The Idiot Behind The Wheel?”