Unhinged: Holiday Traffic And The Angry Human Being 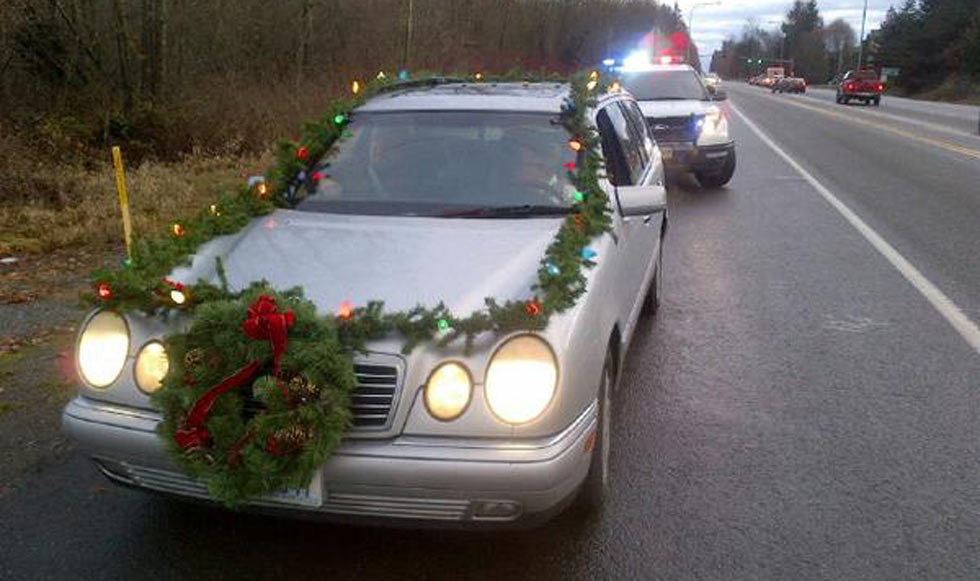 Ok, is it just me or did everybody lose the ability to properly operate a motor vehicle shortly after Thanksgiving? That’s not one of my normal rhetorical questions, I really want to know, because this year it seems that everybody who is out on the roads near BangShift Mid-West did a fantastic impression of stuffing, utilizing their gray matter and excluding any bit of bird whatsoever. We haven’t even had snow or ice yet, and I’m already wondering if I should yank the 360 out of the Imperial, dump it into an old Dodge truck with the kind of front bumper you could let Yukon Cornelius jump on all day long without fear, and proceed to start bashing every last hunch-backed little silver CUV that backs out into the middle of the parking row without the driver giving so much as a cursory glance at it’s twenty-five different cameras and other warning systems. It seems that just might be the only way to get people to focus on the task of driving at hand, instead of trying to calm down children, get their blood pressure under 130/80, and simultaneously swallow yet another playing of Mariah Carey’s “All I Want For Christmas Is You”. 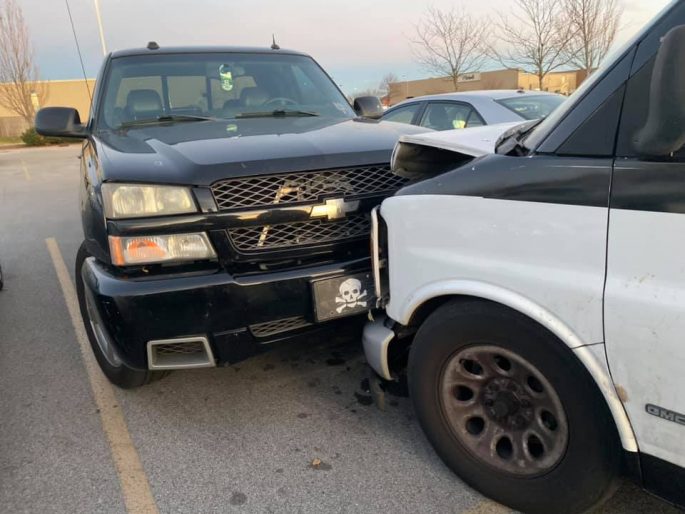 Going off my rocker for comedy today? Nope. You see that Chevrolet Silverado SS? That is the one vehicle at BangShift Mid-West that I’ve been warned to keep my grubby mitts off of without permission. That is Haley’s pride and joy, her baby. And that is a ragged-out GMC Savana parked dead into it. This happened while we were grocery shopping…not even out hunting Christmas gifts or trying to beat the crowds for Black Friday sales, effing grocery shopping! Happy Holidays to us, we’ve got a date with a jolly old insurance adjuster to find out just how much this is gonna cost us. We were at a Christmas parade in Glasgow, Kentucky a few days later, and as the parade ended and we got ready to leave, we watched as some anonymous SUV backed directly into the nose of a fairly new Cadillac Escalade without so much as a hint of braking. We’re not talking a slow, accidental thump, either. We’re talking, “OK, let’s get the hell out of here before traffic gets any **WHAM!**…..well, shit.” We never did see the owners of the Cadillac show up, but I have a hunch that some halls got decked. I’m almost afraid of taking the Chrysler or the Cruze into town at this point, because one is enough. Maybe I should start driving the Imperial more…open exhaust and all. No amount of bell-ringing or overplayed music will drown that loud mother out.

Folks, I beseech you: it’s the holiday season. Regardless of what you celebrate, regardless of where you are at or what you are doing, please do everybody else on the roads a favor: pull your head out of your ass and focus on driving safely. Don’t drink and drive. Don’t do stupid shit. Between now and New Year’s Day, the cops will be out in force and so will the panicked, the stressed, the drunk and the impatient. Unless you’ve got a 1975 Marquis with battering rams at the ready (and if you do,…WTF, Uncle Buck?!) be cautious, be careful and be safe. Save the aggressive driving and general disdain for humankind for when your nephew wants to show you things on Grand Theft Auto.

10 thoughts on “Unhinged: Holiday Traffic And The Angry Human Being”