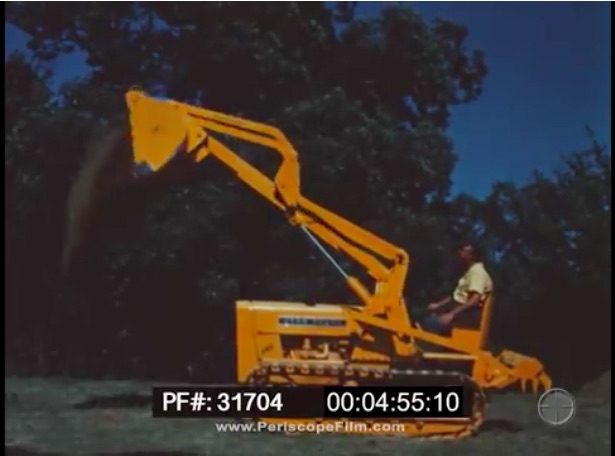 Today is one of those good days on BangShift where we cover automotive and gearhead bases from one end of the spectrum to another. From the screaming noise of a Porsche race car, a look at the filed cash for clunkers program, drag racing coverage, car show coverage, car collection coverage, vintage trucks, and now some ultimate Americana, vintage tractors.

The most significant announcement here is the introduction of a Detroit Diesel engine option for buyers. People could option the 2-cylinder engine into these tractors if they did not want to use the gasoline burning engine. It was basically a first for John Deere, offering someone else’s engine. It was also an interim solution as the company was preparing their own line of diesel engines to use but they were not done in time for these particular tractors to debut.

The film walks us through the lineup for 1959 and yes, I’d like to own  all of them, particularly a crawler/loader combo. Yes, I’m weird.