Two In A Row Make It Go: This 2-53 Powered John Deere 435 Sounds Epic Indoors With A Straight Pipe 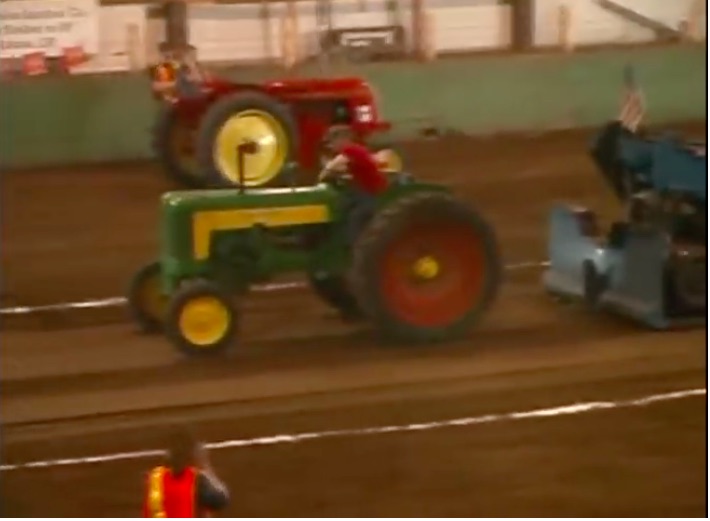 Few people associate the Detroit Diesel engine with John Deere tractors and that makes some sense. The company has long been known for their engines as much as they have been known for the tractors built around them. That being said, even the mighty John Deere finds itself in a pinch every now and again and has to get creative with a solution. The 435 model tractor was introduced when Deere was making the switch from their iconic “Jonny Popper” engines to a more modern selection of plants. Because of that transition they called good ol’ Detroit Diesel and offered the 2-53 engine as a power plant in this tractor.

The 2-53 is just what you think it is. An inline two cylinder engine displacing 106ci. These Detroit engines, being two strokes sound like they are spinning twice the RPM they actually are because they are firing on every stroke. This thing was likely turning somewhere around 2800 RPM at full song. These engines also had a more aggressive camshaft than other engines in the Detroit Diesel family and the only thing that cam is opening are exhaust valves, the noise is even more aggressive.

The “little” two stroke engine is a porker. The thing weighs almost 1,000lbs, slightly heaver than a Cummins 6BT!

The bottom line about this video is the deafening noise the thing makes once the driver gets it moving and puts the hammer down. These people probably had blood shooting out of their ears by the time it was all said and done. Even with a muffler on this tractor it had to have been hell sitting 2 feet from the exhaust pipe with the little engine screaming away pulling a plow or whatever else they were doing.

Press play below to see this 2-53 powered John Deere