304.77 Miles Per Hour: Watch As A Modified Bugatti Chiron Lays Down The Number! 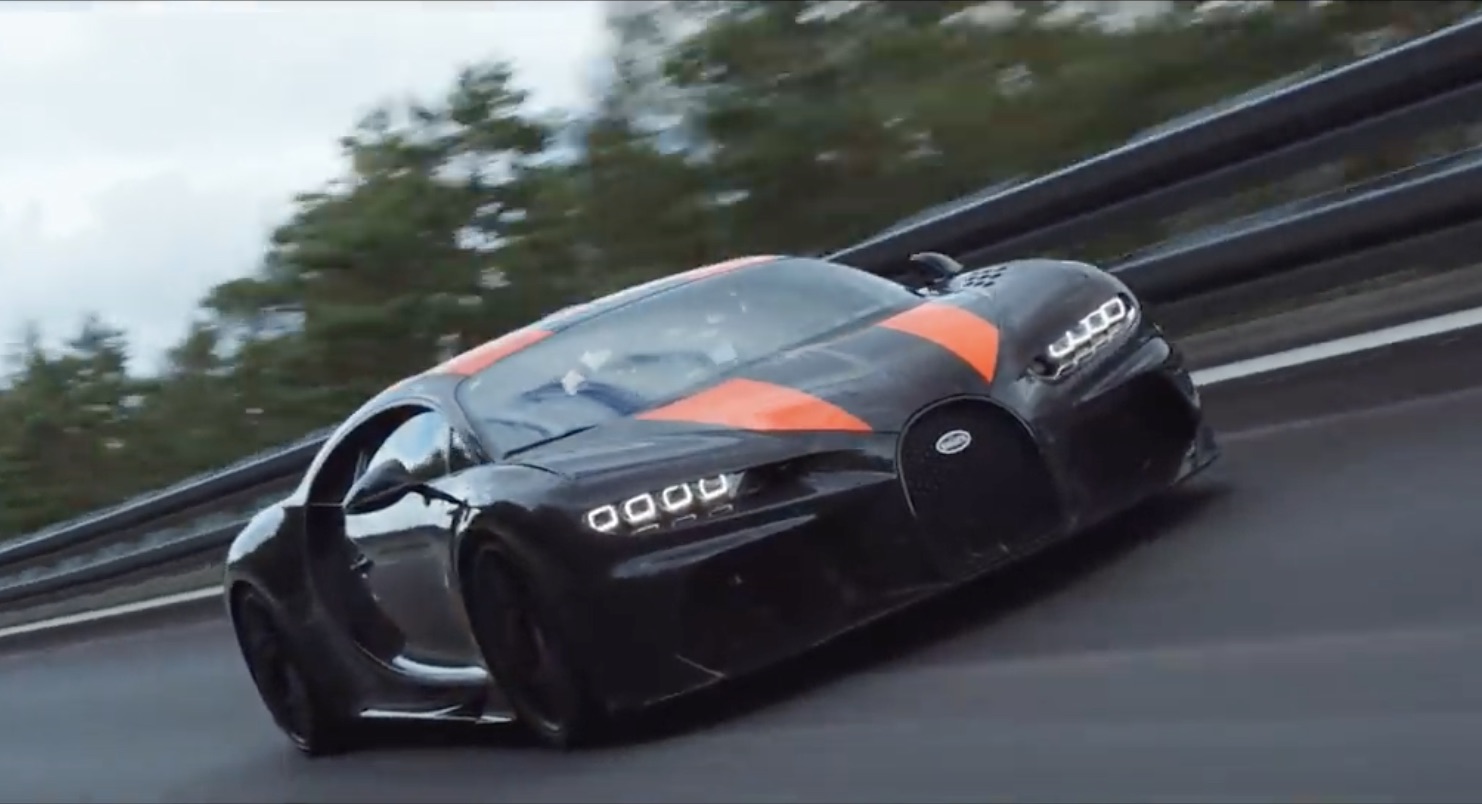 Let’s get one asterisk out of the way now: the Bugatti Chiron that went over the 300 MPH mark at Ehra-Lessien isn’t production car material. It’s 25mm longer than a stock Chiron, it’s got about 100 more horsepower, has had vents created to reduce wheelwell turbulence and has a different exhaust setup. No matter. It’s still a Bugatti that broke through the 300 MPH barrier. With the help of Dallara, this modified Chiron performed with two main aids: driver Andy Wallace and the work of tire manufacturer Michelin, who provided Pilot Cup Sport 2 tires that were modified to handle 5,300 Gs…and they are still street-legal. Imagine the heat that these tires endured during the run and you will understand why they were X-rayed before the run to make certain that they would hold up to the attempt.

Additionally, in case you are crying foul over a modified car gaining the crown, a Chiron Sport was vMax’d at Ehra-Lessien by TopGear Editor-in-Chief Charlie Turner to the tune of 262.84 MPH when they performed their test. The previous quick Bugatti was the Veyron 16.4 Super Sport at 267.8 MPH, while Hennessey (Venom GT, 265.7 MPH) and Koenigsegg (Agera RS, 285 MPH) are also in the battle for fastest production vehicle. At our last look, the fastest street-legal car in the world is M2K Motorsports’ Ford GT, which only needed twenty-two seconds and one mile to achieve.

2 thoughts on “304.77 Miles Per Hour: Watch As A Modified Bugatti Chiron Lays Down The Number!”