4WD To Front Wheel Drive In A Snap: Street Gas 4×4 Trucks At Berryville

Jul 30, 2020Bryan McTaggartRACING & ACTION, VideosComments Off on 4WD To Front Wheel Drive In A Snap: Street Gas 4×4 Trucks At Berryville 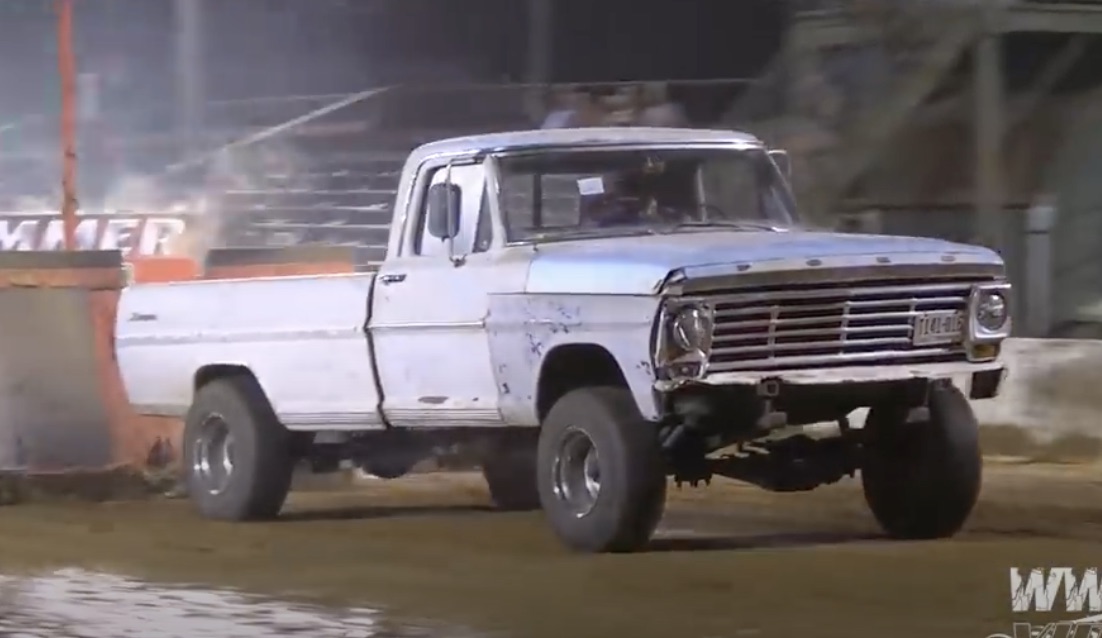 Much like a test-and-tune night on No-Prep Thursdays, or a “public welcome” spectator drags event that ends with broken headlights and someone beating the tar out of someone else in the infield while their car idles towards the nearest wall, a street truck category at a truck pull just seems to invite some problems. First off, there’s going to be a lot of young guys with diesel Dodges upset that they aren’t getting their crack at the sled. Second, there’s going to be enough clutch smoke in the air to warrant a message from the Surgeon General, and finally…well, “street truck”. Purpose-built monster machines can roll out sounding big and bad. We’ve seen ’em, everything from the beefy tractors to the Unlimited class that brings out five blown Hemis on one frame slamming voodoo juice or three jet engines because it’s needed. We’ve seen the sled make those machines break in new and inventive ways. PURPOSE BUILT MACHINES! So what chance does a 1997 Suburban have once it is hooked up and pointed down the course?

Apparently…a healthy chance. There aren’t going to be any 300 foot drags here, but there are some valiant efforts going on. We do dig that most of these trucks are some old-school, rowdy and ragged kinds of awesome, sounding like a properly blatty backwoods deal that truly has the guts to throw down. We do have to wonder how many actually did drive home. If that Dodge made it back to base without a trailer, that driver deserves a free cold one!

When Giraffes Fly: Cleetus Takes The Controls Of A Cessna For The First Time! Rough Start: 1968 Dodge Dart Sedan - The Yellow Brick Road To Fun