BangShift Question Of The Day: What Is Your Automotive Guilty Pleasure To Watch? 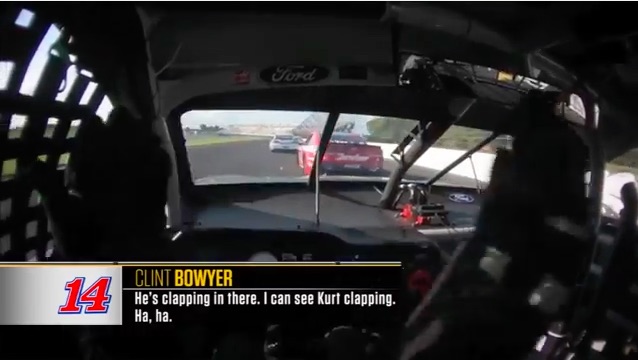 I’ll be up front with you, readers: I hate the phrase “guilty pleasure”. It’s one of the creepiest phrases out there to describe something. But for the sake of normal conversation, I’ll roll with it this one time because today’s question is worth it. Between television, video subscriptions and the endless void that is YouTube, many, many hours of time are lost due to the kinds of things we like to watch, and I’m just as (ugh) guilty as a good percentage of you. The only difference is, what is it that you like to check out that would qualify as a guilty pleasure?

Mine is a Fox Sports bit that usually hits YouTube: The NASCAR Radioactive series. It might be the only thing I enjoy from anything NASCAR related, because it’s the final gasp of seeing a driver’s true personality come to light for good, bad, or whatever. You’ll hear team owners wishing drivers luck before the engines fire off. You’ll hear jokes and banter to kill time as the miles are clicked off. You’ll hear the moment the nerves start to fray for drivers and crew alike, and you’ll hear it just about uncensored (Fox Sports mutes out the most colorful sections of commentary, but if you hunt for the HBO segments, it’s all out on display.) To some, it might be the final item needed to convert NASCAR into the Jerry Springer Show with engine noise, but to me, it’s the missing ingredient that the racing franchise needs above all else to bring back. Ok, that, and actual cars instead of silhouette racers.

What do you enjoy watching that eats up your time?

The "WTF?" Files: We've Never Felt Sorrier For A Chevrolet Citation Than We Do For This One 1962 Divco Milk Truck Greatness! Suspension, Engine, Trans, And Rear Already Done And Only $4000

6 thoughts on “BangShift Question Of The Day: What Is Your Automotive Guilty Pleasure To Watch?”