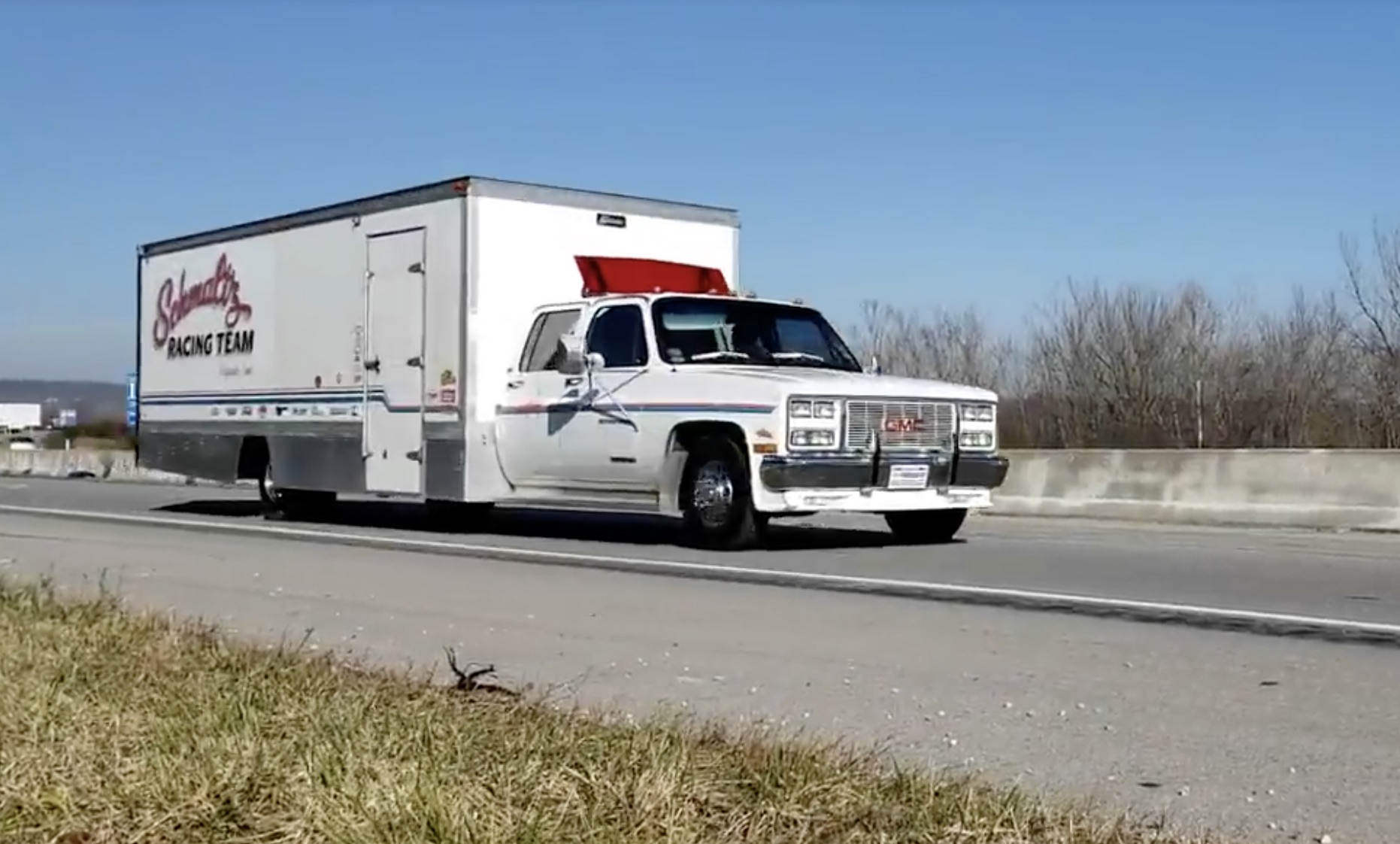 At what point does an automotive fixation become worthy of an intervention? Because we’re starting to wonder about our buddy Finnegan. We don’t have any issue with the original Ramp Truck, especially now that it’s sporting enough Cummins power to turn the contents of the rear axle into a fine powdery substance. It’s been cool since the moment it appeared. We haven’t been told about truck number two, which is a square-body box truck, but apparently having two heavy-haul GM rigs just wasn’t enough, because he went and bought a third one. Ok, we have to give him credit where it’s due…this is one super-clean rig. It’s only got thirty-something thousand on the clock and one look at the door jambs will tell you that it’s legit. The cargo box is clean, the interior is awesome (we’ll overlook the usual 1980s falling headliner issue) and once again, he’s rocking a big-block Chevy. That, and he’s making me feel better for owning that Cadillac last year, because this monster is FIFTEEN FEET LONGER that the limo was! But I can’t rub it in too badly…look at how happy he is to drive this big beauty!

Trust us, he’s happy with it. Though this big Bertha would’ve been Returned To Sender for what it does to him on the trip from Indiana to Georgia. I know where he was, and I know that I would’ve said at least ten words for every one that he lets slip on camera. And this is just part one of the trip back home! Mike, buddy…we aren’t worried, we’re just concerned.

Historic Video: This Look At The 1962 Nassau Speed Week Will Have You Itching For A Time Machine eBay Gold: Someone Is Selling A 1970 Vintage 426 Hemi Short Block Still In The Original Crate!