Flying Turkeys: What Could Be Better Than Jumping Beaters In The Desert?

Nov 28, 2019Bryan McTaggartRACING & ACTION, VideosComments Off on Flying Turkeys: What Could Be Better Than Jumping Beaters In The Desert? 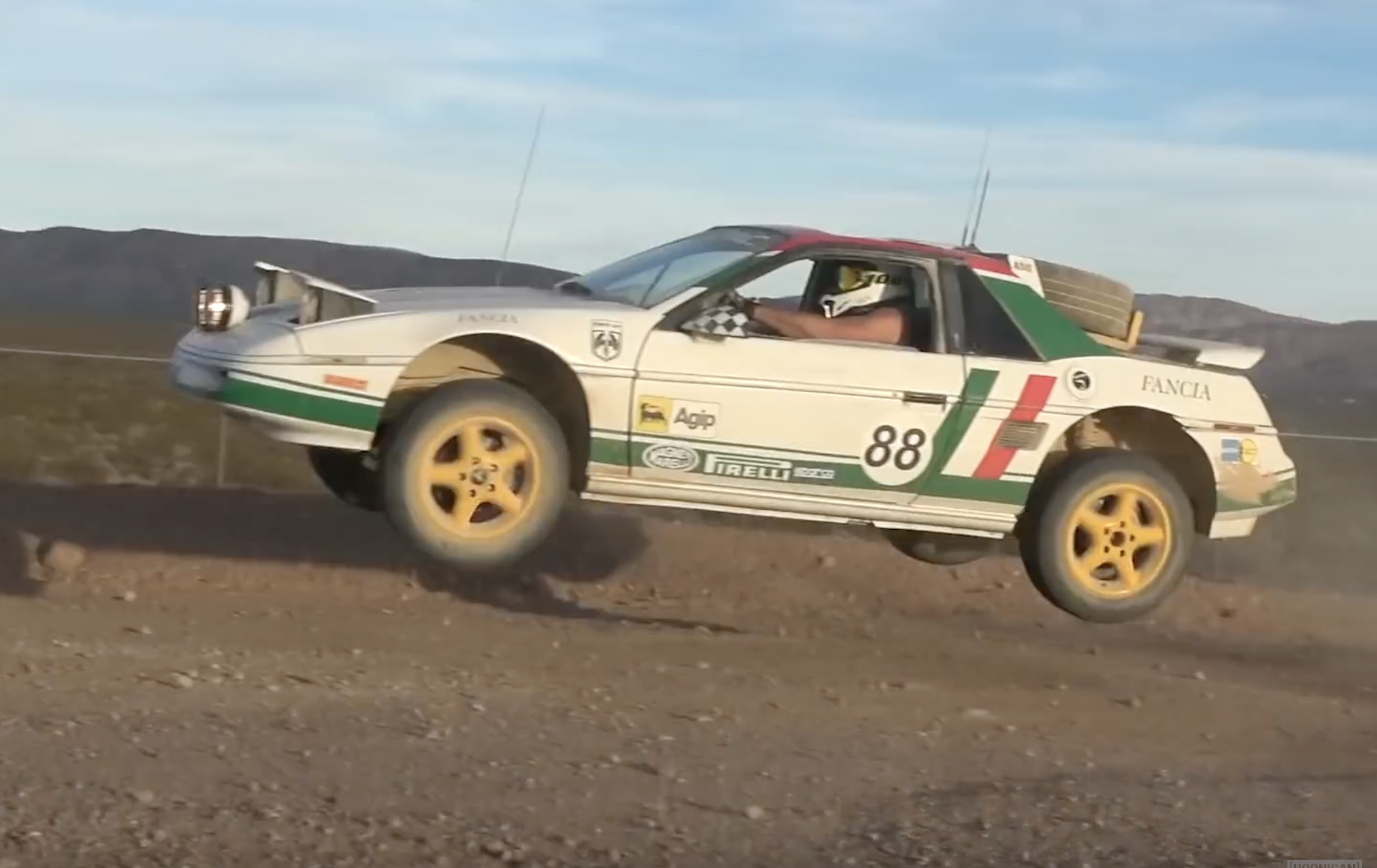 Never underestimate the fun factor of thoroughly enjoying the fun and adventure of a dirt-cheap car that you don’t really care all that much about. We certainly don’t. In fact, the biggest turd in the entire BangShift fleet, the 1980 Cadillac that has been occupying McTaggart’s backyard for the better part of a year is about to go racing in about a week’s time, and he’s been busy preparing the demolition derby’s wet dream for it’s eventual first laps at NCM Motorsports Park’s road course. We’ve seen the photos of it on it’s new tires and all we have to say is trust us, this is going to be good…bad…whatever. We aren’t going to stop laughing anytime soon. (Update: we broke that thing in half in one race at King of the Heap. One race, and we broke it. That car was awesome..and absolutely awful. -Ed.)

The entire Hoonigan crew was having a ball in their little corner at SEMA this year, competing with Ford to see who could make the most tire smoke over the course of the trade show. (The winner? Brad. No question.) But it seems that one member of Hoonigan just wasn’t finished partying in Vegas when the show ended…instead of catching a flight back to California, Zac decided to investigate a Gambler 500 off-shoot party that basically involved jumping beaters as high and as far as they dared to. If this seems like low-brow entertainment or some kind of atrocity against car culture, then you’ll never get it until you actually do it for yourself. For anyone that has, you know the joy of making a normal car do the nearly impossible. And if you’re as sick in the head as we tend to thing McT is, you might be planning to fly a car yourself soon!