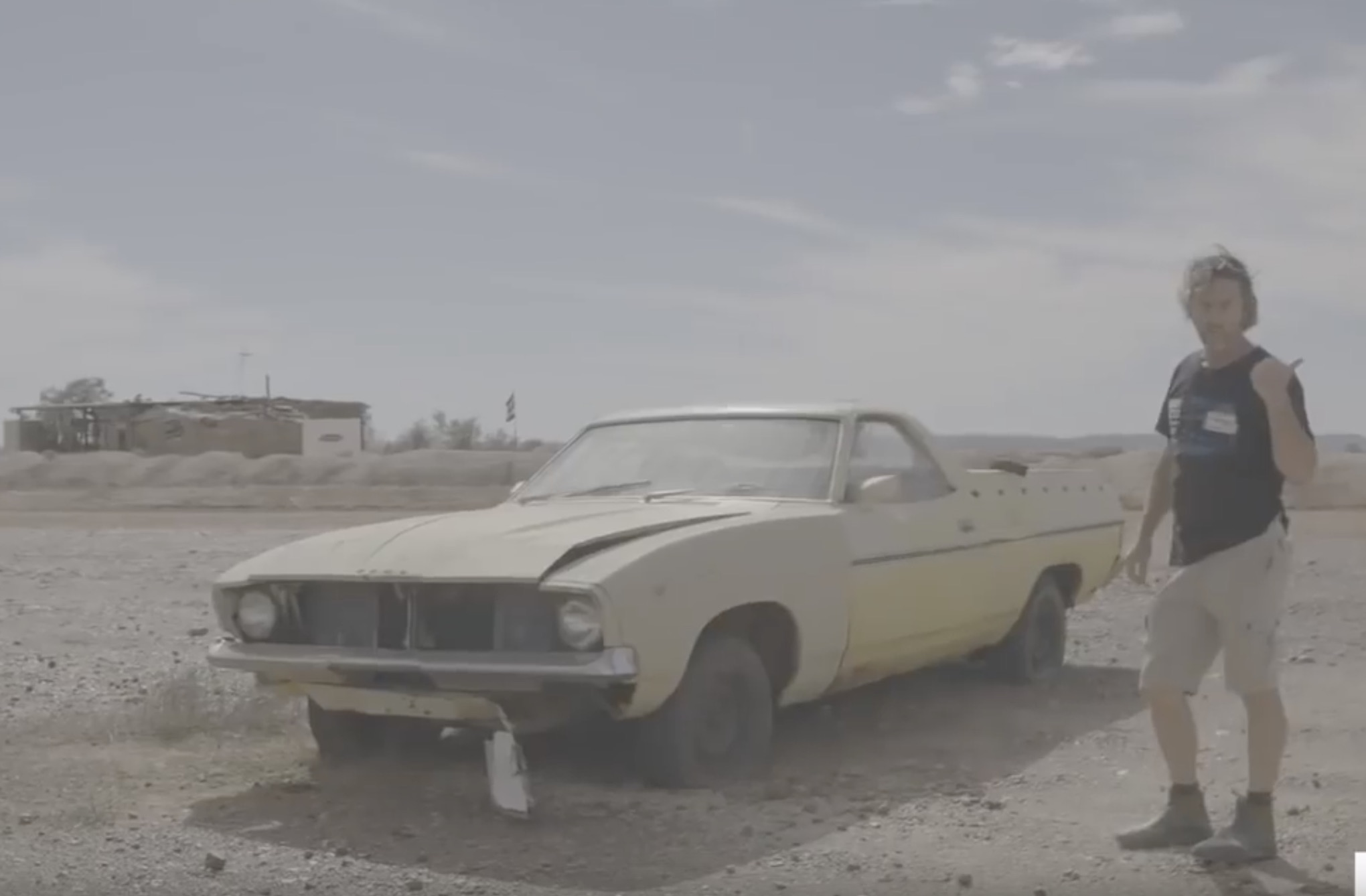 One hundred and twenty degrees on a lovely January day. A low of about forty degrees in the dead of winter. Sound right up your alley? Welcome to White Sands, New South Wales, Australia, a place so damn hot that most of the tiny population lives underground to avoid the searing heat. It’s a location that is known for opal mining and it’s sheer open emptiness. Picture southern Arizona, away from the major metro areas, and remove the monsoon season and you have the right idea. Cars that are left out in the heat and light bake to death…the metal might be good but the interior is just about toast and any soft parts are going to turn to dust in short order. Or, for the typical restoration fan, it’s a perfect spot for dead car hunting. You can replaces hoses, upholstery or wiring, but sheetmetal is always going to be a pain to deal with.

As large as Australia really is, and as vast and open as the country can be once you get away from the coastal regions, I’ve wondered just what kinds of gems you would be able to locate if you traveled out a bit. Well, here’s a quick insight into what’s just sitting and waiting. From early Holdens to 1980s Volvos, from a very desirable Ford Falcon ute to used-up vans and RV trailers, you’ll see a bit left out to bake in the sun like bones.