Childhood Dream Race: A Bunch Of YouTubers Brought Their Toys Out To Play! 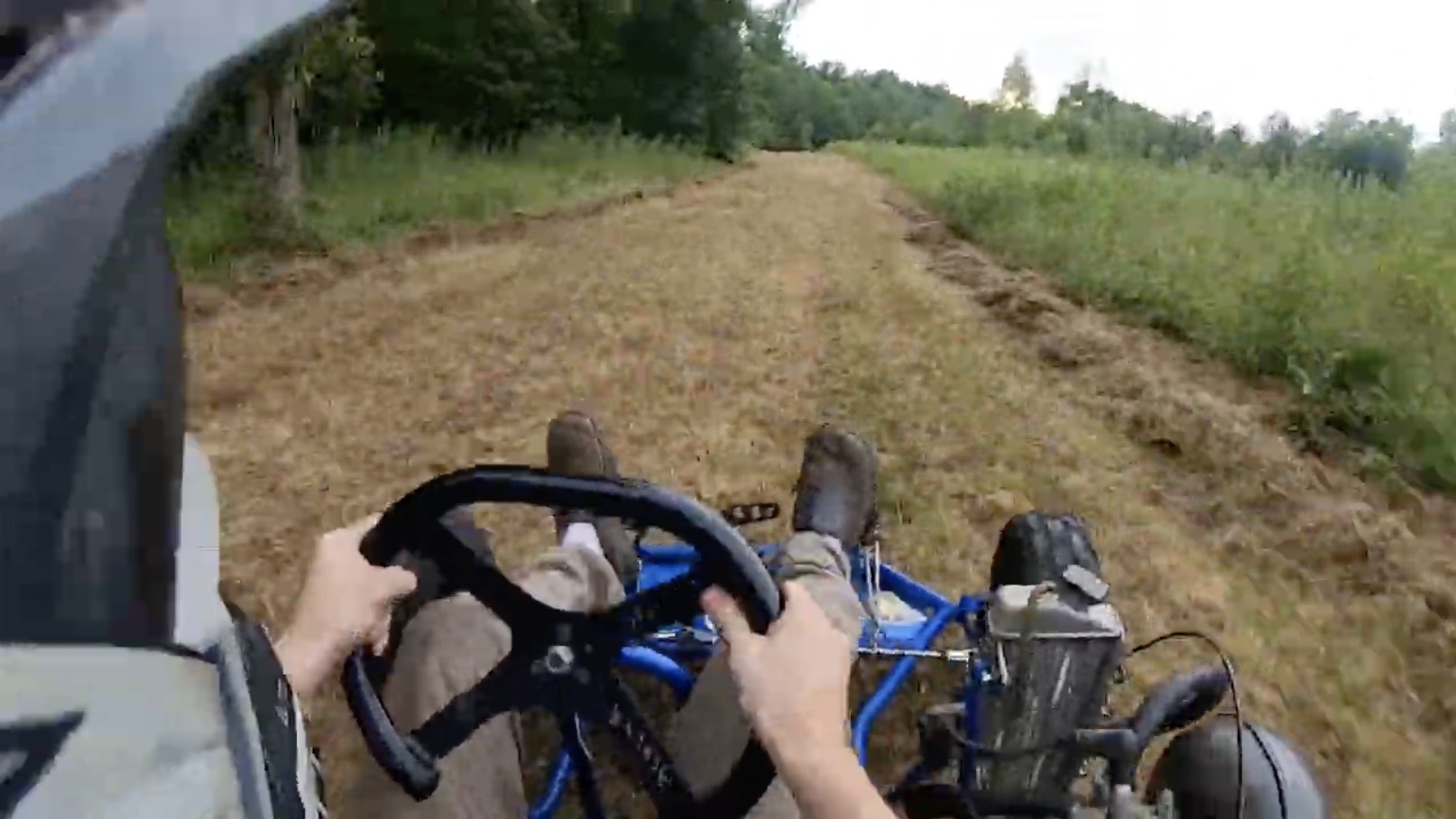 I first drove a golf cart that wasn’t on a little asphalt track when I was seven. My younger brother had a friend that had a typical kart…you know, balloon tires and a Briggs and Stratton engine on it…and we would take turns ripping up and down the dirt driveway we lived at the end of. It wasn’t fast enough to do powerslides with and the brakes wouldn’t lock up for a slide, but it was still a riot and a half. Cut to two years later, and it was motorcycles. First, a 50cc Honda, then the Honda Trail 70, then the Yamaha YZ-80 that was, for a thirteen year old, nothing short of violent. I loved that thing. I know I never pushed that machine to it’s limit…jump wise. On fire roads outside of Gorst, I ran that thing as far as I thought the rev range would go and realized that I was a speed addict for sure.

I always wanted to put together a psychotic little go-kart. Watching channels like Grind Hard Plumbing Co.’s hasn’t helped with that idea any…if anything, the desire has gotten worse. But now, seeing this collaboration between the channels “rather B welding”, Red Beard’s Garage, Cars and Cameras and Junkyard Digs, if you don’t want to turn a street bike into a psych ward go kart, what do you need? The YZ85-powered machine is a screamer and it’s just one of several off-road beasts that showed up to party!

Watch a Motorcycle Racer Crash Out of a Hill Climb Less Than 15 Seconds After Starting Morning Symphony: Wheel-Standing Mega Trucks On The Sled