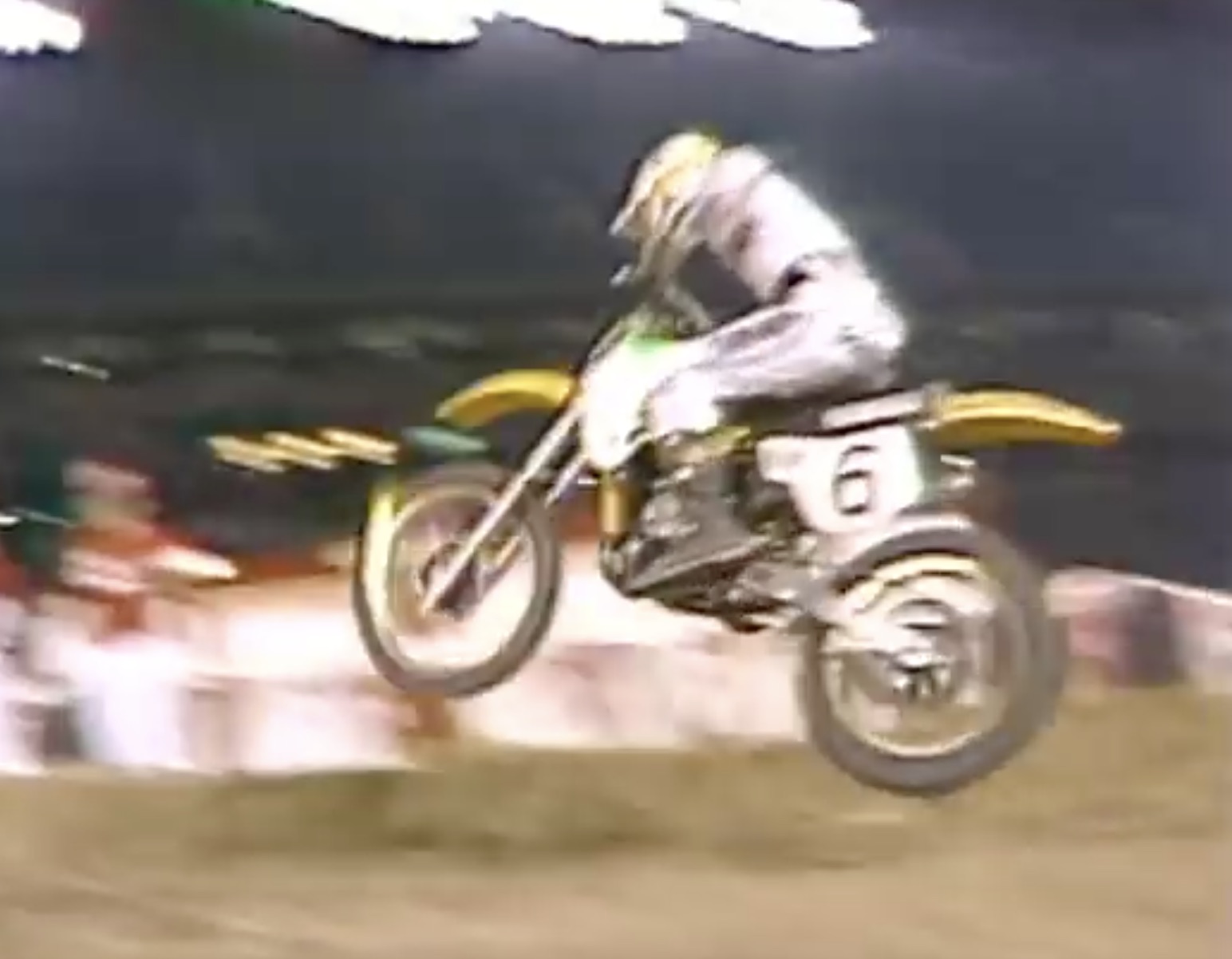 It occurred to me, after seeing this bit of old-school, two-stroke goodness, just how little I’ve ridden ever since my last major crash on a dirt bike. I might have about fifty miles’ worth of street-bike riding and I can’t, for the life of me, remember the last time I was even on a dirt bike. Either it was in mid-2005 and I was riding a small trail on a piece of property on a Honda FatCat, or it was the day I went down hard. I never intended to fully give up riding. I loved motorcycles, I still love the idea of riding. But what I was doing back when I was a kid was trying to emulate what I was seeing on television with a bike one year older than myself. Sometimes it worked, sometimes it hurt.

But it was never boring, that’s for damn sure. Supercross was a riot to watch on television…you guess how well that translated to real life. A packed field, a course that had been designed in scale by someone’s four-year-old in a sandpit then finished off by a sadist, and two-stroke bikes that only knew how to go balls-out or not go at all was the normal. If you were a top-level rider, you made flight look easy. If you were any less than top-tier, you risked all sorts of drama, including being ran over by your fellow competitors, taking a header into a hay bale, or being vaulted off of the seat. Riding supercross is like getting in a fight with a bucking bull that you get to use both hands to hold on to but you have to endure for a hell of a lot more than eight seconds. By the time you’re done you are fully drained, sore, and ready for three days’ worth of sleep. And that was before serious aerobatics were introduced into the sport.

Morning Symphony: Turbo 20B Rotary Zing Out Of A Mazda RX-7 The Bad One: Ryan Newman's Last Lap Crash At The 2020 Daytona 500