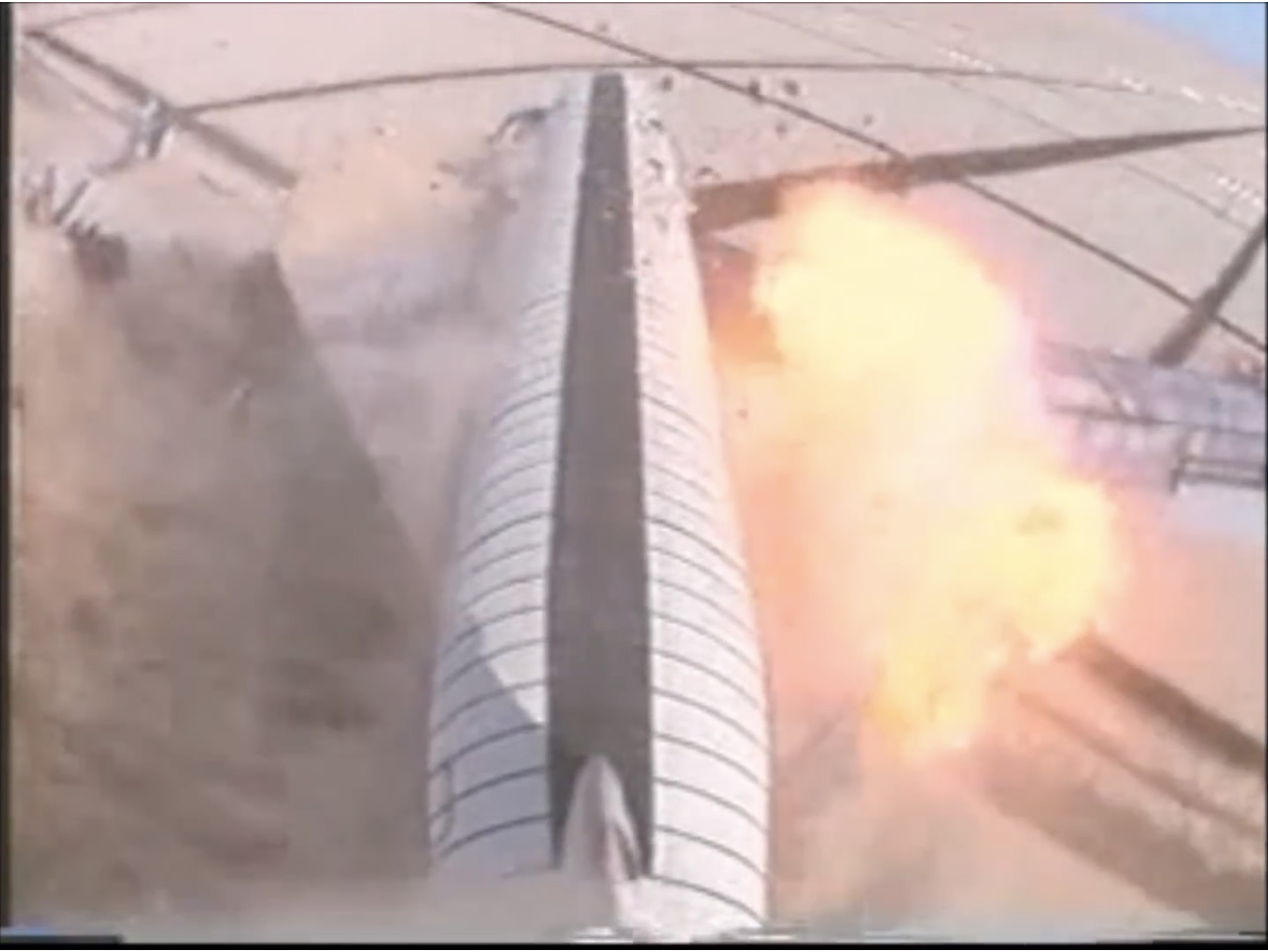 Aviation safety has been paramount from the moment that the passenger was added to the manifest of a flying machine. Just a single human being at the controls? They took their lives into their own hands. Many people trusting an experienced few to get them from point A to point B? Nope, that’s when everything has to focus on safety. And in the name of safety, to say it bluntly, sometimes you have to wreck some shit. Crash testing has great purposes: you see how, in a controlled environment, things break, crush, twist, burn, and whatever else they are going to do, and you can install monitors and dummies to simulate what will happen to those unfortunate few. Every potential change to an aircraft’s system, from paperwork to powertrain, undergoes rigorous testing to make absolutely sure that safety is still paramount at the end of the day. And in all the annals of aviation footage, there isn’t a more infamous bit of video that the NASA/FAA Controlled Impact Demonstration (CID) Test of 1984.

The goal of the CID test was to demonstrate and confirm the reduction of a post-crash fire through the use of an antimisting kerosene fuel, gain crash structural data, and to demonstrate the effectiveness of improved seat restraint and cabin structure systems. The aircraft chosen was N833NA, a Boeing 720-027 that first flew in 1961. Purchased new by the FAA, N833NA had over 20,000 hours on the clock and 54,000 takeoff and landing cycles. The fuel used was AMK, which was composed of Jet-A fuel combined with a chain polymer that in simulated testing, had inhibited ignition and flame growth. AMK itself couldn’t be run through a jet engine as it was, so General Electric built “degraders” that restored the fuel to near Jet-A quality before it was sprayed into the JT3C-7 engines. NASA’s Langely Research Center filled the 720 with instrumented crash dummies. Between 1981 and 1984, numerous tests were carried out, including progressively feeding the engines the AMK mixture and preparing the systems needed to fly the big Boeing like a drone.

On December 1, 1984, the CID test was a go. 76,000 pounds of AMK was loaded into the 720, and all the engines were drinking from that tap from takeoff until the moment of impact nine minutes later. With NASA research pilot Fitzhugh Fulton at the controls, the 720 climbed up to 2,300 feet before lining up on a 3.8 degree glidescope marked on Rogers Dry Lake, with the the wheels tucked up. Just past the point of no return at 150 feet, the 720 entered a Dutch roll, where the aircraft yaws and rolls at the same time. With the data acquisition systems online and recording, there was no going back. From that point on the 720 was doomed to it’s fate: sliding in askew, the #3 engine struck a metal post designed to cut the wings off, and the fire started. The same post sliced into the cabin, which allowed the fire inside. Engine #3 then fanned the flames in a scenario that was not originally in the test script and that’s when the violent portion of the test kicked in…the video speaks for itself on what happened next.

The result of the CID test was spectacular footage, the AMK fuel was proven to not be sufficient to prevent a post-crash fire (though it did reduce the initial fire’s intensity) and that maybe as much as 1/4 of the 113 potential passengers could have survived the crash. The FAA created new seat flammability standards, required floor lighting to be hard-mounted instead of just stuck on, and that the pilot’s workload in the moments leading up to the crash were unusually high. A microwave landing system, a heads-up display, and more autonomous tasks came out of the recommendations.