Classic YouTube: The Pilot Of This BO-105 Helicopter Has No Fear Whatsoever! 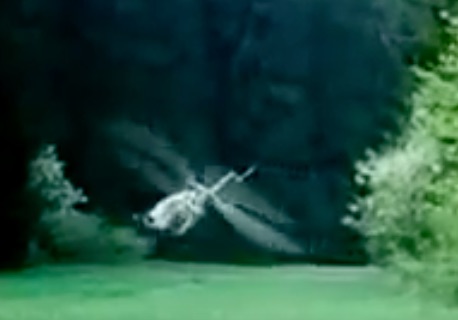 I’m sure I’m gonna hear from a lot of people I used to work with for saying this, but it’s a reality: not every helicopter pilot is a great pilot. Safe, sure. Competent, absolutely. But a great pilot? What does that even mean? To most of us, so long as we can walk away from the landing without wearing freshly-soiled clothing, that’s a great pilot, but I disagree…that is a competent pilot, someone who knows what they are doing, flies with respect to limits, adheres to all safety margins, and keeps the bird in one piece. Or, in other words, unlike most pilots I know. A good pilot can handle basic manuevers. A great pilot knows how to handle manuevers that would scare a standard co-pilot bad enough that they will turn in their wings. They know more than the safety limits. They know the absolute limits of just what their machine can do and are still able to land it on the pad in one piece.

As you watch this video, understand that not all of what you are seeing is to the pilot’s credit. The Bo 105 is a light twin-engine bird that was one of the first helicopters that could pull off aerobatic manuevers like inverted loops, rolls and other trickery. The Bo 105 can be manhandled around with little to no issue. That doesn’t make it any less awesome to see as it weaves through this patch of trees…One tree in the middle of a gravel pit is more than enough, but a whole forest worth of sturdy pine is something else altogether!

Craziest Car Engine Ever? The Crankshaft Is Stationary And The Engine Rotates Around It! The Adams-Farwell Morning Symphony: A Chrysler Valiant Charger E48 Unleashed At Targa Tasmania

3 thoughts on “Classic YouTube: The Pilot Of This BO-105 Helicopter Has No Fear Whatsoever!”