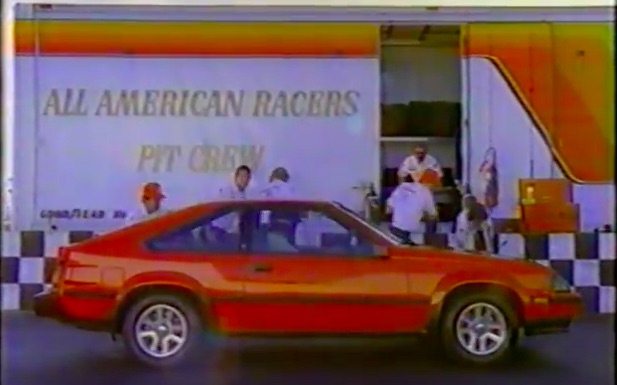 Lately, I’ve been on a kick for a 1980s rear-drive Toyota Celica. Actually, I’ve been thinking about Toyota’s answer for a light and nimble coupe ever since I found one powered by a Ford 302 with a five-speed back in the fall in the classifieds. It’s pure 1980s Japanese: sharp, angular lines, a four-banger that was happy to play along, a manual transmission that got the job done, and a nice, light weight. The Celica itself really appeals for one detail and one detail only: those wheels. Whether stock or modified, the last rear-drive Celicas are still pretty appealing for something to have some fun in.

That being said, you have to wonder what the reaction was to Dan Gurney and the All American Racers hawking Celicas. Just a few years prior, they were known for the homologation special that was the Plymouth AAR ‘Cuda…now they were in a Japanese car? That’s correct…for 1983, All American Racers had contracted with Toyota to run Celicas in the IMSA GT Championship, which lasted until 1988, when AAR moved into GTP racing. Since I was about a year old when this commercial debuted, anybody want to fill me in on what this looked like back then?

4 thoughts on “Classic YouTube: When Dan Gurney Sold Toyota Celicas That We’d Love To Own Now”