Cold Fresh Hell: Over 2,000 Miles In A Yugo In The Polar Vortex, For Fun 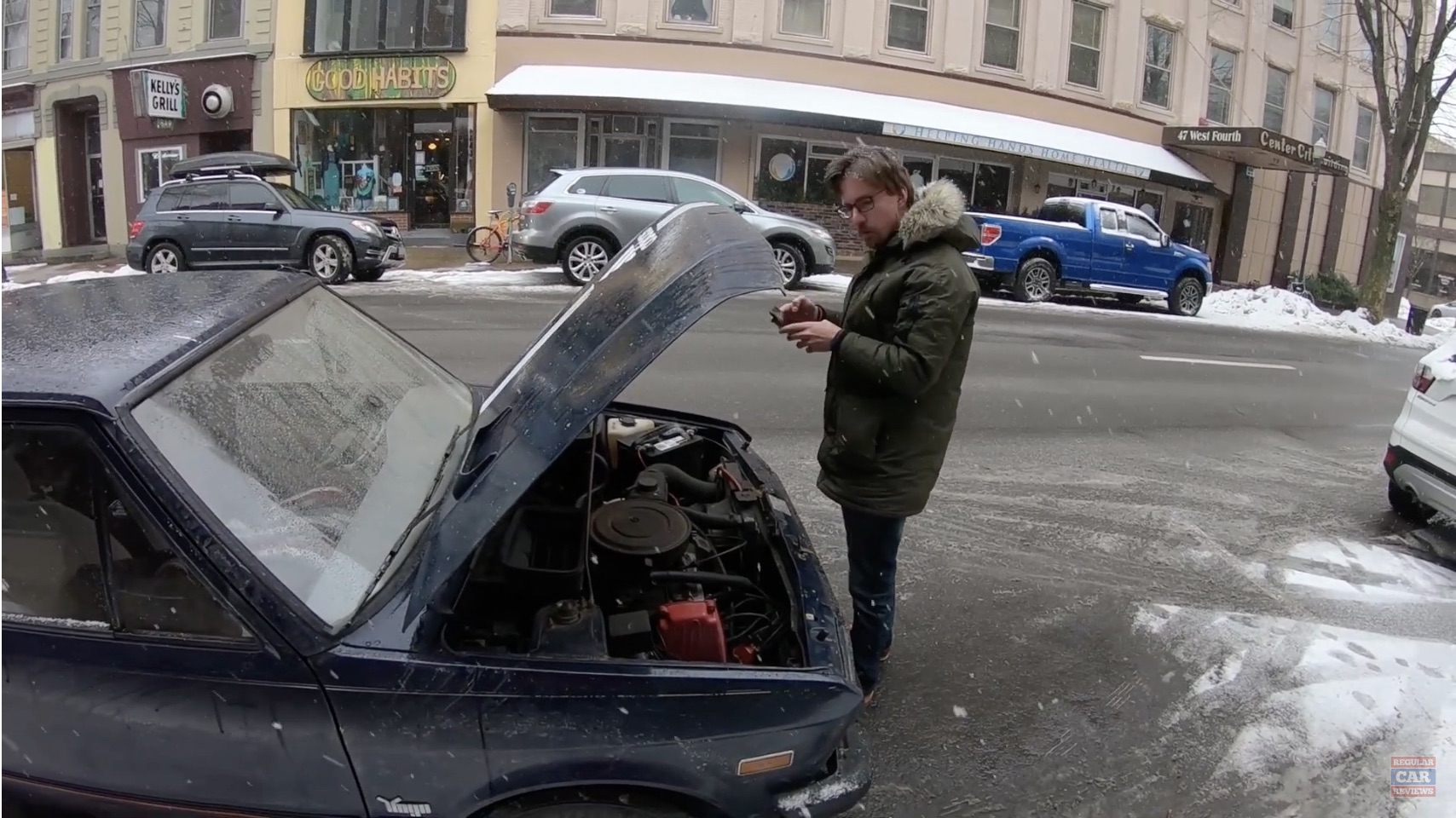 Malcom Bricklin must’ve sincerely believed that he was doing the American car buyer a favor in the late 1980s when he took a look a the Zastava Koral and decided, “Hey, that could work!” You probably don’t need a lesson in how that didn’t work…the Yugo is one of the most derided vehicles in history, a tiny tarted-up Fiat 127-based variant that originally was supposed to appeal as a small, efficient car that had a bargain-basement price tag. Overall, though, the Yugo’s reputation couldn’t be more mired in mud if you tried. Quality control was a joke, the engines were scarily underpowered, and you couldn’t shake the feeling that you were driving a very noisy shoebox. On the best of circumstances, driving a Yugo should be a “once for the experience” situation. Driving over 2,100 miles in some of the coldest weather to strike the United States in decades is the textbook definition of “bad idea”. You could take any other beater to the LeMons “Retreat From Moscow” rally and you’d do better for yourself. A busted-ass AMC Eagle. A 1980s Imperial dressed up as a General Mayhem mimic. A convertible Chrysler LeBaron with wood trim. ANYTHING but a Yugo! But that is the car that was chosen and that is the car that went on the trip. Credit given where it is due, it takes a special kind to look at a Yugo and decide that a cross-country trip is a good idea. Here’s the story and the ride-along with Mr. Regular narrating the whole trip!

Two Oldsmobiles, One Decision: Which One Would You Pick? Return Of The Big Block? Ford Introduces 444ci Pushrod V8 Engine For Next Generation Super Duty!