Deforested: This 1973 Dodge Challenger Is Done Hiding In The Woods! 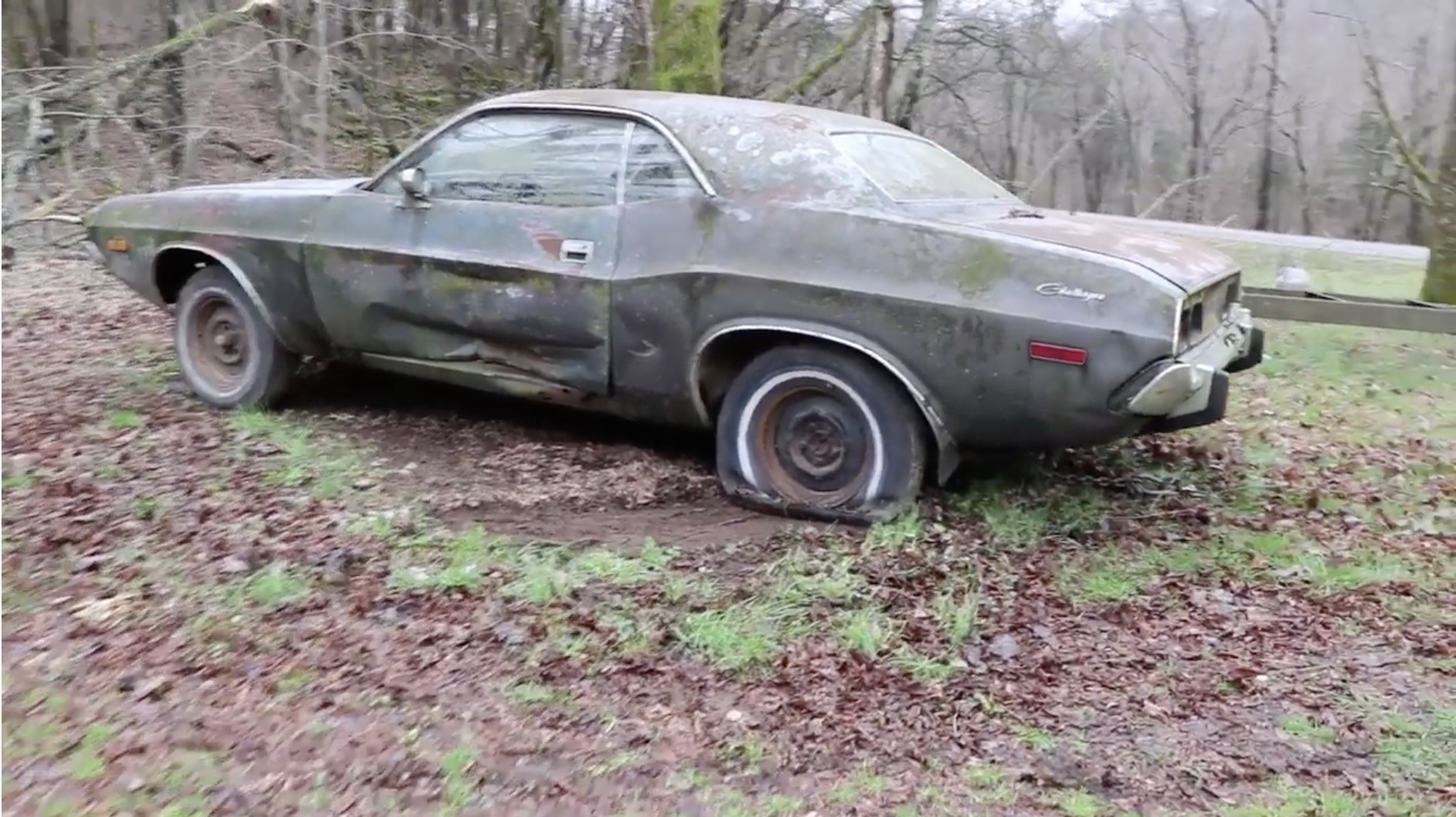 The last time I saw Dylan McCool, I asked him about how he sources the cars he finds. After all, he pretty much has the luck finding the good Mopars in the region. His 1969 Charger, his Swinger, the trucks, the big-block Cordoba…unless you’re desert combing the American Southwest, finding good Mopar sheetmetal isn’t exactly easy or cheap. His reply: part luck, part people who have come to trust his work and feel comfortable selling to him, and every once in a while, he just bites down and pays the Mopar Tax. I’m not certain where this 1973 Dodge Challenger falls into the mix, but after sitting just a few months less than I’ve been breathing on this planet, the E-body is now in his hands and is in line to be his next rescue project.

By 1973, the E-bodies had been all but neutered. The big-blocks and Hemis were gone, and so was the rowdy little 340. In it’s place at the top of the food chain was the 360…not bad, but nowhere near what used to be. In addition, the Challenger’s new-for-1972 “frowning face” refresh was going to ride out the remainder of the car’s life, much as the round-taillight Barracuda’s update did. This particular car might come off as F7 (Sherwood Green), but that’s algae and moss from years of sitting. In reality, I suspect it’s either B1 (Blue Sky) or A5 (Silver Frost). This was no performance model…it’s a 318/3-speed car with the Rally gauge cluster and rear window defogger…and that is all, folks. This wasn’t a musclecar in the least, just a small two-door Dodge with a name that didn’t rile up church-going ladies. But it’s still an E-body, still cool in it’s own right, and knowing McCool, is going to be a neat project to follow along with as he brings it out of the forest and into the light.

We Totally Want To Have Some Cool Scooter Or Bike Like An Old Cushman, Here's One Being Restored Are These Cars Just Too Ugly And Crappy To Make Up For It With A Turbo LS Swap?

4 thoughts on “Deforested: This 1973 Dodge Challenger Is Done Hiding In The Woods!”