Dino’s Git Down 2019: The Floodgates Of Killer GM Trucks Was Wide Open In Arizona!

Nov 23, 2019Bryan McTaggartSHOWS & EVENTS, VideosComments Off on Dino’s Git Down 2019: The Floodgates Of Killer GM Trucks Was Wide Open In Arizona! 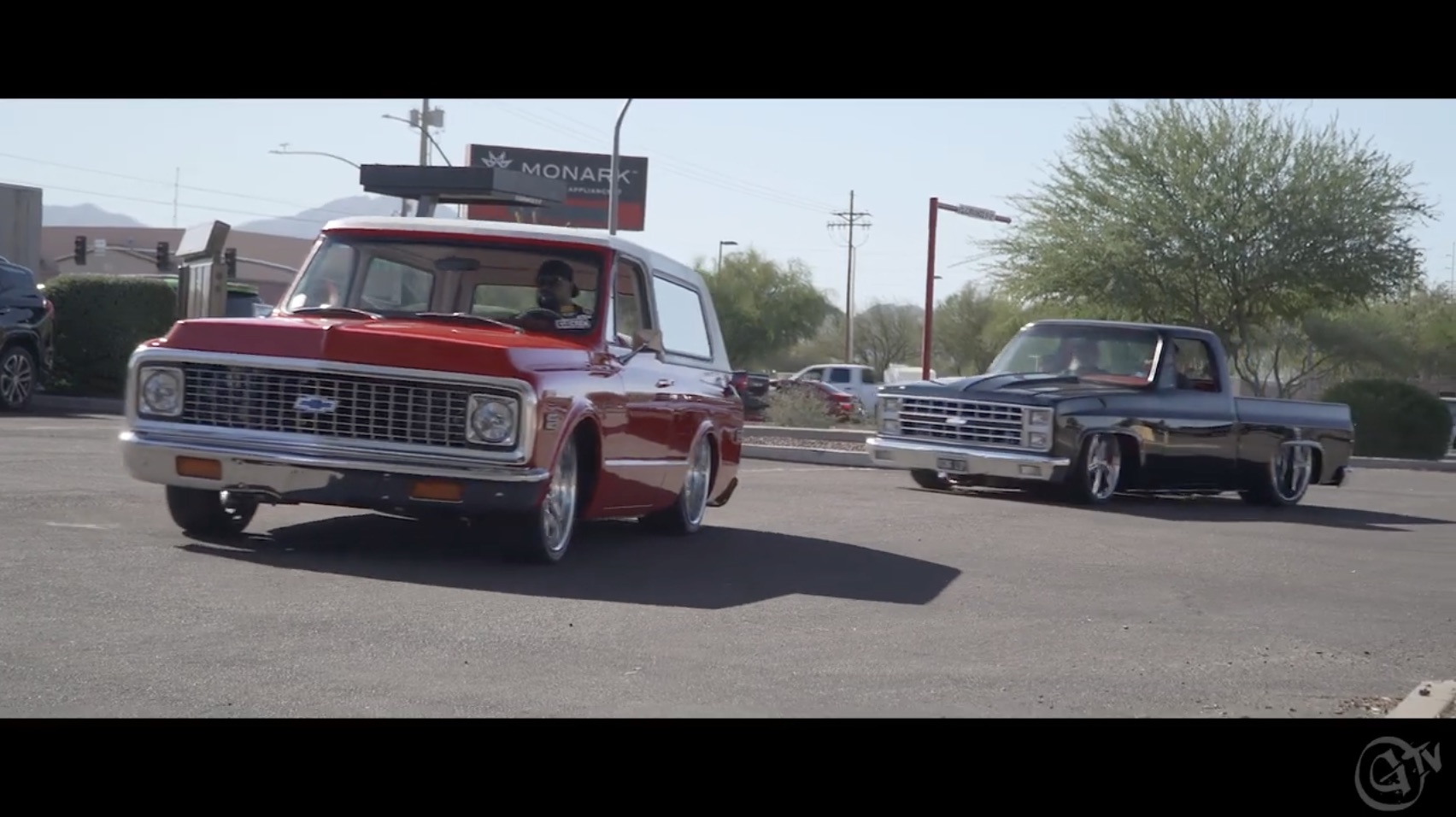 Are you a fan of Chevy trucks, and do you want to go someplace warm and sunny in late Fall? Your answer is very simple: it’s called Dino’s Git Down and it’s an Arizona deal. What started out as a backyard get-together at Dino Battilana’s place in the Phoenix area has grown rapidly, almost exponentially over the years, and has morphed from some buddies cooking in a backyard into an all-out event that is so big, that this year they had to take over Westgate in Glendale, Arizona just so they could have enough parking for everything that turned up to show off.

The 2019 Git Down was held on November 15th, 2019 and packed the Westgate Entertainment District full and the show was open to 1947-1998 GM trucks of all types. And they show up in droves. New or old, clean or bold, they were in the sun and in the middle of what looks to be an absolute blast. Check out the after-show movie that they put together and you’ll get a taste of the clean and mean machines that made the trip. We’re willing to bet that Chad will have the dually out there sooner rather than later!

Door-ectomy: Making A Two-Door 1957 Chevy Out Of A Four-Door Morning Symphony: Staring Down The Throats Of A Wicked Mini Cooper!