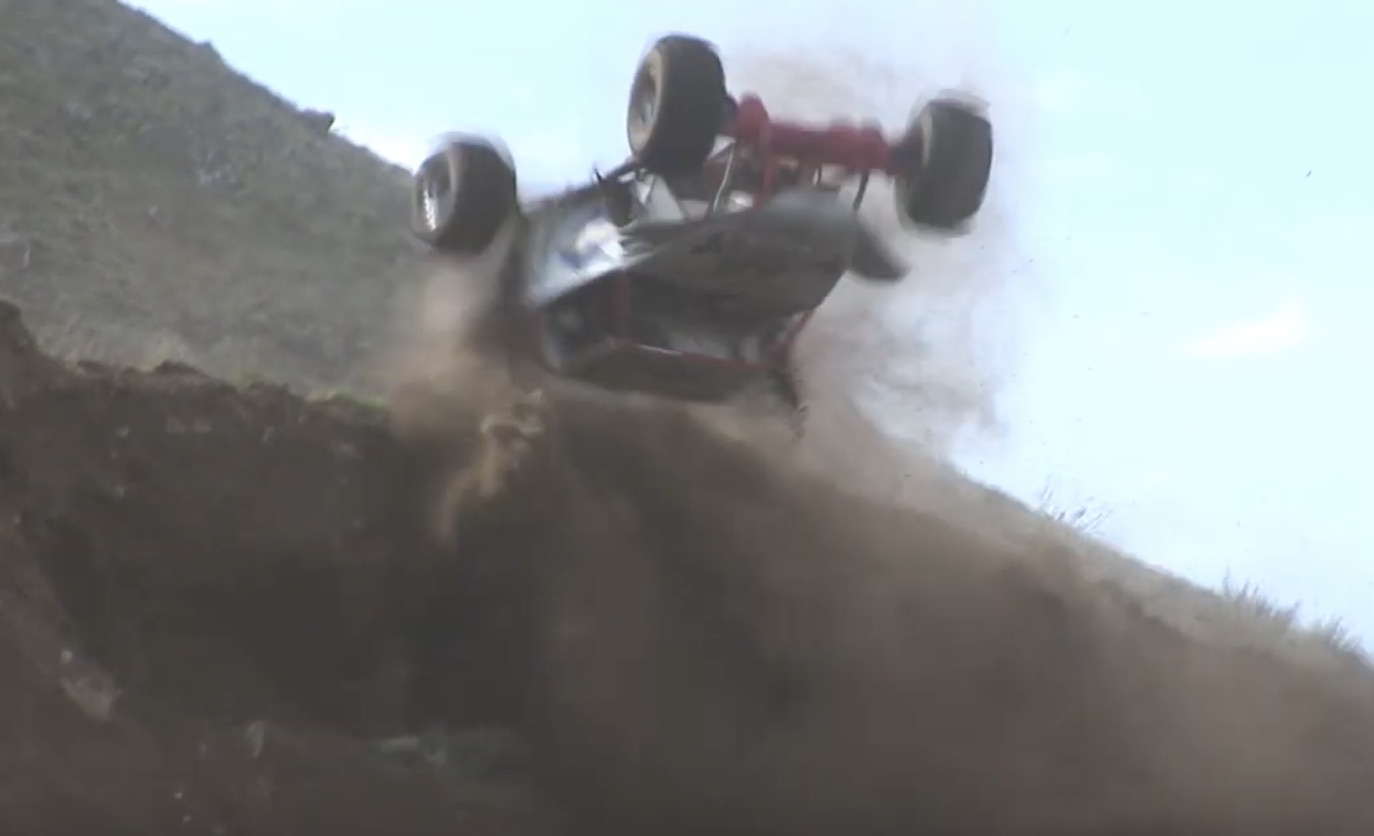 At first sight, Icelandic Formula Offroad has all of form and regulation of a mosh pit at an In Flames concert. Screaming V8 engines, paddle tires, and contraptions that look like low Jeeps flying up dirt inclines that machines were never meant to go up, down or even across are the normal…and don’t get us started on their water-skimming kick, we would’ve loved to have been there the first time someone attempted that maneuver. But the truth is that these are competitions, with marked-off routes and little room for error and a scoring system that takes into account vehicle position, driver skill, time to completion of the course and, unsuprisingly, the inevitable rollover. Because it’s not a question of if there will be a rollover, but a matter of when. Driving across an incline composed of soft, volcanic soil in an off-road rig with the throttle action of an on/off switch usually never leads to good things.

Among the action that took place at the Akranes Offroad event, the double backflip of Haukur Einarsson is without question the highlight of the event. Einarsson wasn’t in the top five when the drivers hit the sixth course of the event, which had already sent other rigs rolling down the mountain in defeat, but up until the final ledge his run was actually going near-perfect and that would’ve given him a great score. Winning this last course could have seen Einarsson leapfrog Thor Thormar Palsson in the championship rankings. Then, the inevitable and unbelievable happens. At least he was in good company…Course Six took them all out!

In The Beginning: Retracing The Roots Of The 5.0L Movement With Uncle Tony! In Too Deep: A First-Timer's View Of The Pomona Swap Meet!