Down The Rabbit Hole: The Lost Volkswagen/Checker Taxi Prototype Has Resurfaced! 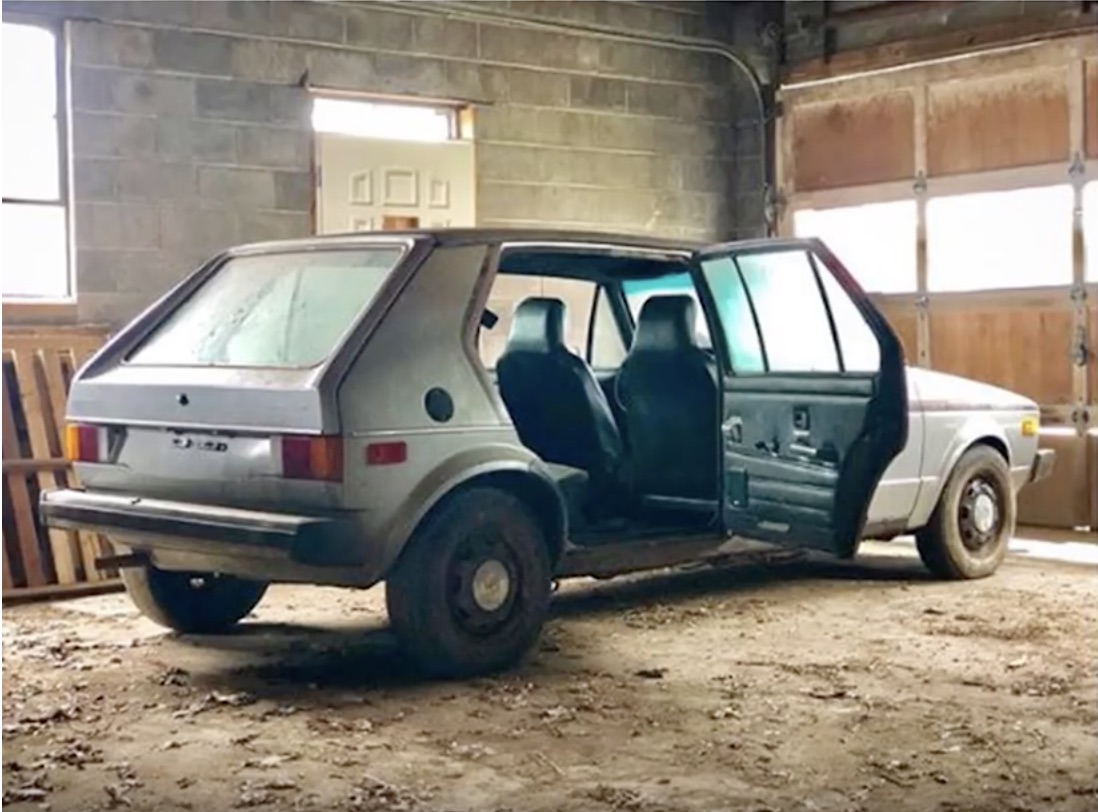 Checker Motors knew that they had to get their taxi products to be more fuel efficient. They also knew that their Marathon/A11 line was beyond ancient and needed to be replaced as soon as possible. There was the non-starter “Galva” project that US Steel and Autodynamics proposed, but management wasn’t having it when the proposition was made in 1974. In 1977, the program would actually begin in earnest when Ed Cole, the former general manager of Chevrolet and Victor Potamkin, a car dealer magnate, bought Checker Taxi Co. and began making moves to replace the Marathon. Their idea was to purchase Volkswagen Rabbits from the Westmoreland plant in Pennsylvania partially-completed, then to stretch them 21 inches for the additional legroom and/or jump seats. Unfortunately, the project ran into trouble when Cole died in a plane crash, and even after the one mule was produced and tested, it was quickly decided that the Rabbit was not going to be a proper taxicab.

Other attempts were made, including a Galva II concept that would use parts from the GM X-car platform…not the Nova, the Citation. Care to guess how well that went? One stretched Citation was tested and bucks and clay models were made for the Galva II concept, but the potential weight of the finished car (3,200 pounds estimated versus 2,300 pounds for the average X-body) and the engines offered at the time meant that it wasn’t going to happen. In June 1982, Checker left automobile production and reverted back to third-party production for the OEMs, with no front-drive fuel-efficient savior in sight.

Pro-Jacks: The Most Bad Ass Race Car Accessory You'll Have That Doesn't Make It Faster Retro Road Test: Check Out MotorWeek's Look At The 1990 BMW M5 - No V8 Here!

One thought on “Down The Rabbit Hole: The Lost Volkswagen/Checker Taxi Prototype Has Resurfaced!”