Farmtruck’s Down Under Wonder Is Back In Action! Watch As The Aussie-Built C10 Hits The Skidpad At Good FryDay! 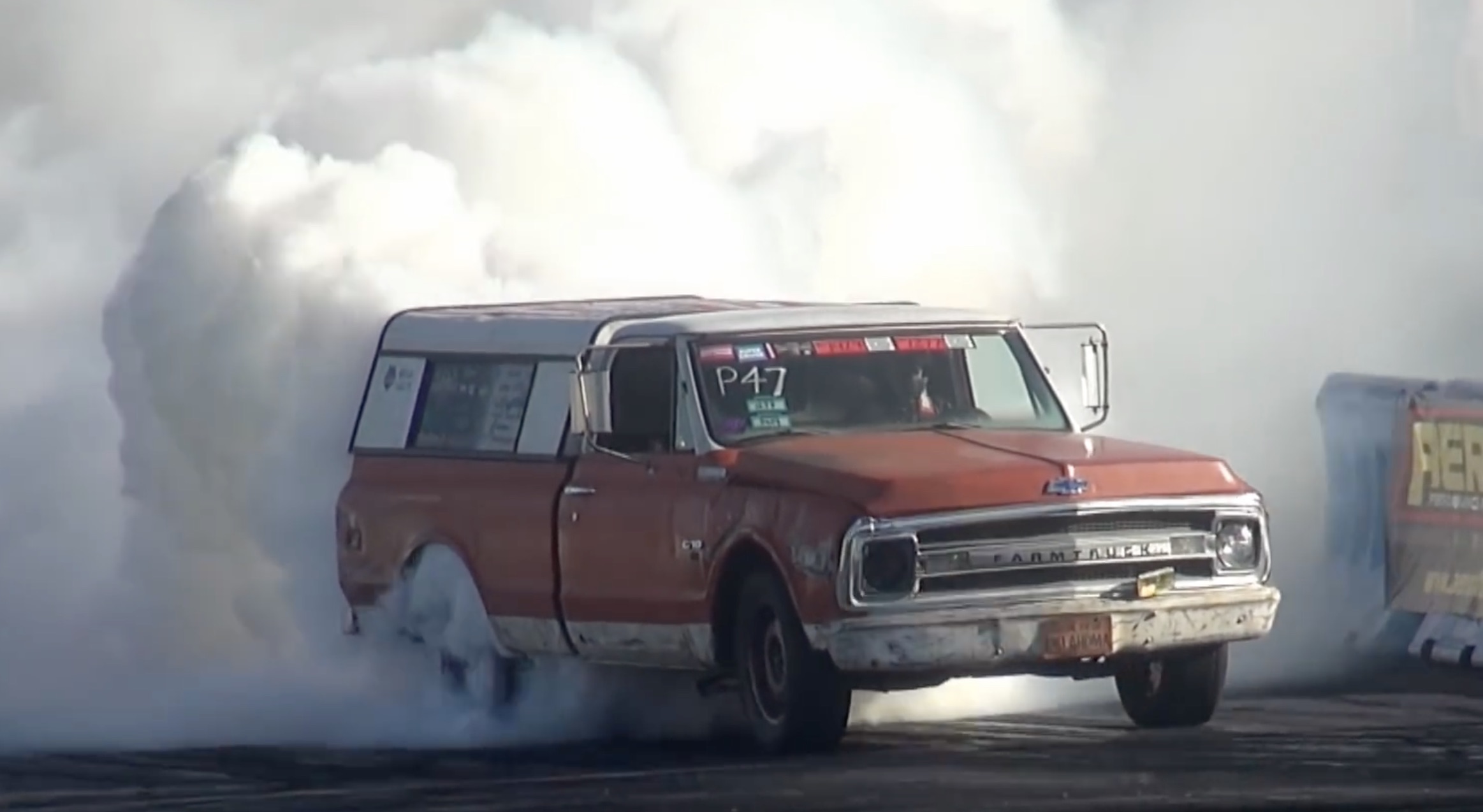 We’ve seen the built-for-burnouts carbon copy of the infamous Farmtruck out and about before…unfortunately, that was when it made it’s debut at Summernats back in January, when the Chevy made a beeline for the concrete after the steering developed some issues that made the Chevy just barely controllable. The second Farmtruck showed promise and the proper ability to turn the rear tires into a smoky haze, but it left Summernats creased up and worse for the wear. It wasn’t the showing that Farmtruck and AZN were looking for by any measure, and we’re sure that the team at Canberra Institute of Technology, who helped build the duplicate Farmtruck, were fairly sick to their stomachs as well. But the proper methodology for any kind of automotive adventure is build-break-repeat. Nobody gets anywhere without finding the failure limits. After beating the bashed fenders out, fixing the steering issue, and performing a once-over to see if anything else would be a surprise find in the middle of a show, the Farmtruck Burnout Machien has reappeared. It came out for the Good FryDay burnout contest at Sydney Dragway. We don’t know who is at the wheel of the truck, but the Chevy looks to be in shape and ready for more events!

Morning Symphony: Now THIS Is How An Italian Is Supposed To Sing! Listen To This Twin-Supercharged Ferrari 599 Shriek! This Is One Of The Worst No Prep Crashes You'll See - Snow White Hits The Wall, Clears It, And Flips A Bunch Of Times

One thought on “Farmtruck’s Down Under Wonder Is Back In Action! Watch As The Aussie-Built C10 Hits The Skidpad At Good FryDay!”