Morning Symphony: Now THIS Is How An Italian Is Supposed To Sing! Listen To This Twin-Supercharged Ferrari 599 Shriek! 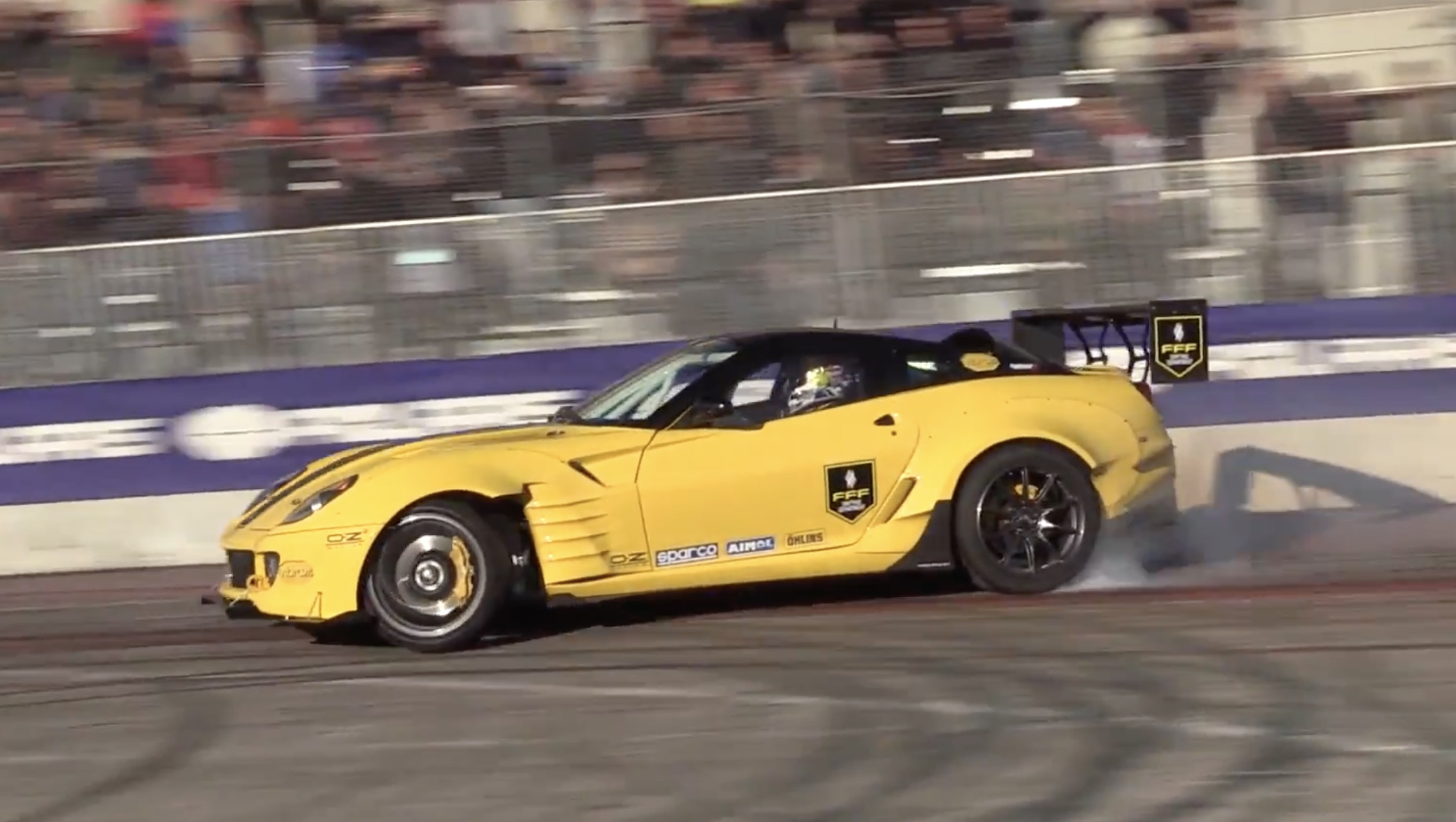 What side of the coin are you on when it comes to Ferrari? Do you side with Enzo Ferrari’s vision of a race car that could do no wrong, that was brilliant when being raced, and that it was up to the driver to bring enough skill to handle the car? Or do you look at anything with the cavallino rampante badge and immediately think of Nicholas Cage’s quote in the movie Gone in Sixty Seconds: “There’s too many self-indulgent wieners in this city with too much bloody money!” Enzo might have viewed his cars like a Little League dad views his son while playing, but at least he had the right idea: the car needs to be out on the track ripping it up, not parked in front of Lure in Hollywood. That’s why we are digging Federico Sceriffo’s Ferrari 599. Yeah, it’s a drift build and we sincerely doubt that Enzo would be pleased in the least about the idea, but this isn’t just a Ferrari that’s being ragged in Formula Drift…this thing’s been built! The 6.0L V-12 that originally produced just over 600 horsepower is now cranking out 917 horsepower and 856 ft/lbs of torque thanks to twin Rotrex superchargers, one for each bank of cylinders. A Holinger six-speed sequential gearbox and a carbon clutch handle the abuse while the suspension is a full Öhlins setup. Built by FFF Drifting Department, the car (known as “Fiorella”) is right up there with the Lamborghini Murcielago and Lexus LFA as a top-tier sideways machine. If there’s one thing that Enzo would appreciate about Sceriffo’s car, it’s that it isn’t being treated gently in the least.

Full Tilt Boogie: This Twin-Turbocharged Nissan Patrol Launches Like An Old Impala! Farmtruck's Down Under Wonder Is Back In Action! Watch As The Aussie-Built C10 Hits The Skidpad At Good FryDay!

3 thoughts on “Morning Symphony: Now THIS Is How An Italian Is Supposed To Sing! Listen To This Twin-Supercharged Ferrari 599 Shriek!”