Fluffy Ride! Jay Leno Takes Gabriel Iglesias’ 1966 VW Samba Out For A Cruise And A Snack!

Feb 04, 2015Bryan McTaggartCAR FEATURES, VideosComments Off on Fluffy Ride! Jay Leno Takes Gabriel Iglesias’ 1966 VW Samba Out For A Cruise And A Snack! 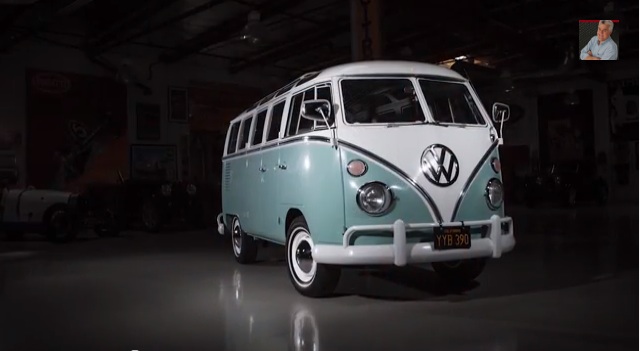 It takes all types to keep this hobby going, and that goes for both the vehicles and the owners. You may not be into the same kinds of vehicles as someone else, but there is still a shared connection: the work involved, the story behind both the vehicle and the reason why they chose that set of wheels…all of that is shared. Jay Leno has been sharing those stories with us pretty much since he said “adios” to late-night television, and in this clip his feature car is a 1966 Volkswagen 21-window Samba owned by fellow comedian Gabriel Iglesias. Iglesias is known for his small but custom car collection which includes a Chrysler SRT8, a Challenger SRT8, a tricked-out Ford Flex for a daily driver and the Infiniti QX56 that he’s had for years, but the pinnacle of his collection is this VW bus. For Gabriel, it’s a throwback: his first car was a $700 VW Transporter that he bombed around in, and the appeal of the Samba brought back all of the memories of his first ride. We’re sure it’s leaps and bounds over that Transporter in beauty and quality, since the Samba has been the recipient of a loving restoration, but all of the sensations are the same: the fear of freeways, the joys of an electrical system that charges when it feels like it, and the sensation of going back in time and reliving some of those teenage memories. 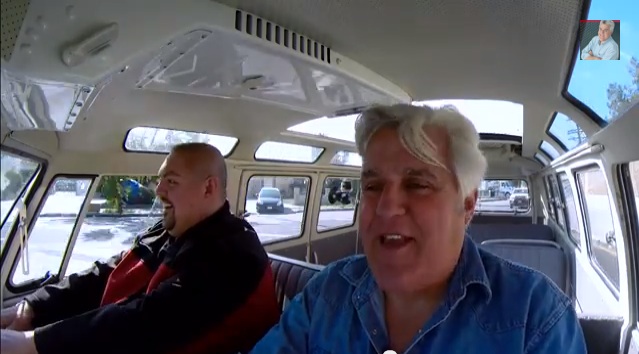 Click here to watch Jay and Gabriel as they go for a cruise in the Samba!

Watch This Install Of A Total Control Products G-Bar Rear 4-Link In A Mustang This 1986 Chevy Van Trailer Is The Greatest Thing We Have Ever Seen - Fore Sale!