Hindsight Is Always So Much Better: Redesigning A 1995 Buick Riviera 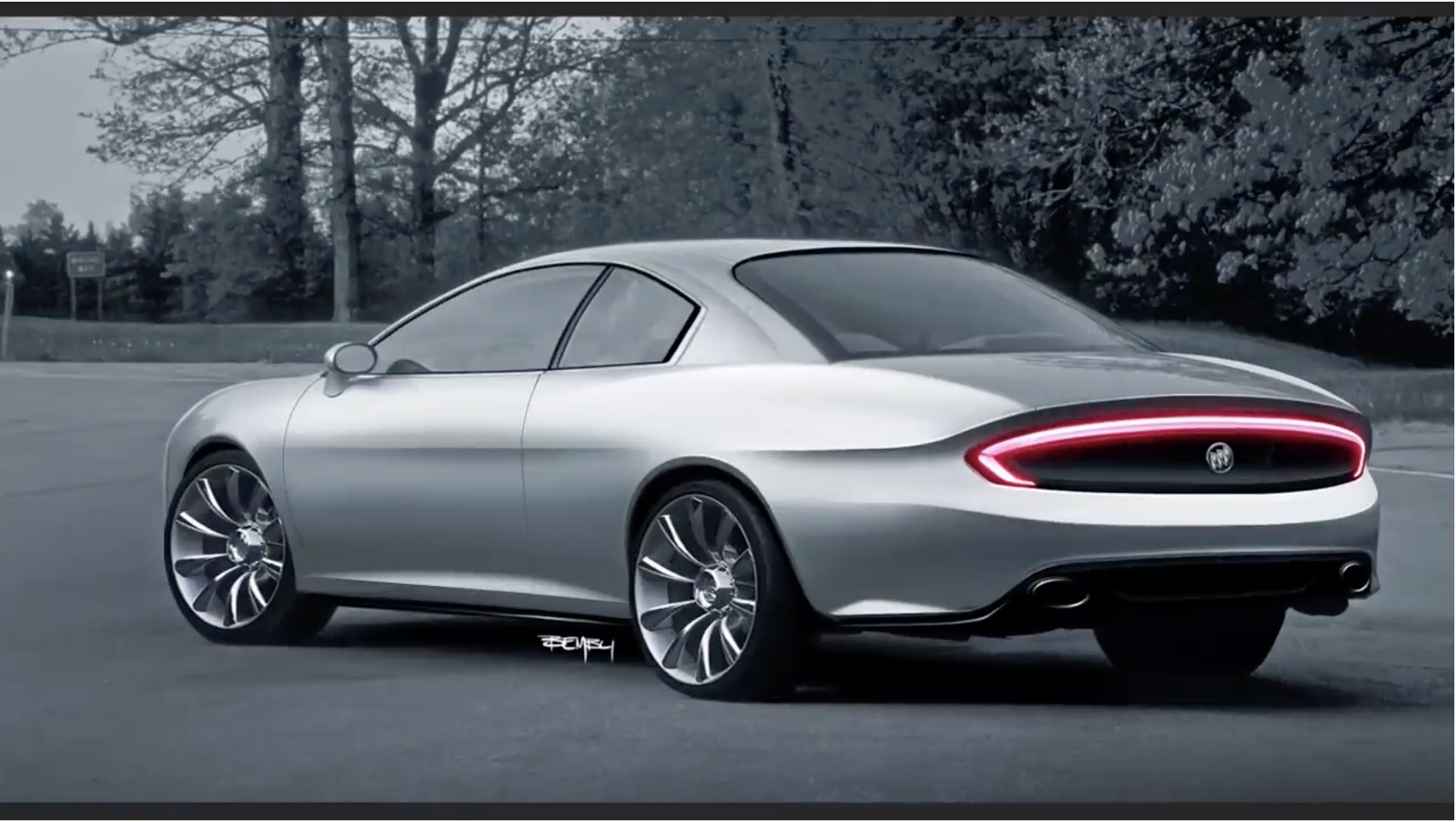 For 1995, General Motors was, to the average public, on a roll. They were rolling out numerous models, like the…well, let’s see here: Chevrolet Malibu and Oldsmobile Cutlass, the Chevrolet Lumina and Monte Carlo (and the other W-body corporate cousins), and the Oldsmobile Aurora. Hm…I’m sensing a trend here: curvy aero-blobs that came out to fanfare and promptly fell flat on their faces. Not many of these machines really lit a spark under anybody’s tail. The Aurora and Riviera were the two more interesting machines…the Aurora had the 4.0L V8 that gave it punch, but the Riviera was a two-door coupe from Buick with the blower-motor V6 that had more than just a little punch to it. Musclecar, it was not. But potent, it could be. The styling would put you to sleep, for sure, but the interior would be comfortable and when you hit the gas, the Eaton would push enough power to be entertaining for a front-driver.

It’s difficult to look back on the class of 1995 with any real desire, from where I sit, but what if some hindsight could be applied to make the Rivi a little bit better? This designer decided to take on the challenge of making the 1995 Buick Rivera palatable…and from the golf course giveaway car start to the final product, he will explain the process from start to finish. Check this out!

37,000 RPM MotoGP Bikes: You need to see this video to believe it BangShift Question Of The Day: What Should The Next CHP Vehicles Be?

2 thoughts on “Hindsight Is Always So Much Better: Redesigning A 1995 Buick Riviera”