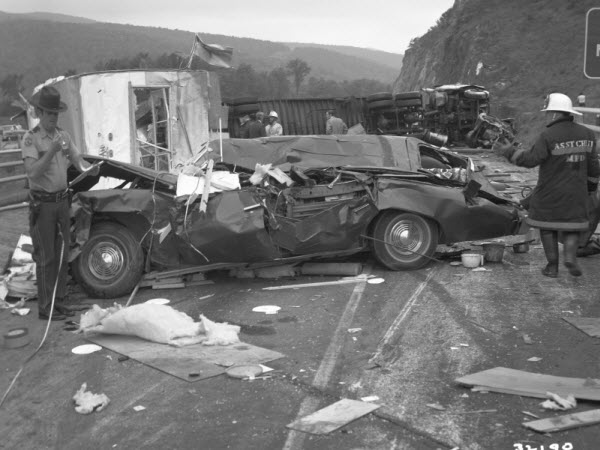 The University of Vermont runs an amazing photo archive called the Vermont Landscape Change Program. It’s chock full of photos from every era, a lot of which have contemporary photos showing what the same locations look like in the modern era. We ran across this series of photos from August 25, 1975, depicting a horrific accident between several cars and trucks on I-89 in Vermont.

The accident took place in the stretch of I-89 that runs through Berlin, Vermont, which is a small town of fewer than 3,000 people between Barre and the Green Mountain State Capitol of Montpelier. Five vehicles look to have been involved in the accident, and the sketchy information we can find out about it suggests that 11 people were involved.

The first photo depicts a station wagon crushed almost flat. Based on the wheel covers and the rear hatch in the wagon, we’re probably looking at a 1973 LeMans wagon. The insulation in the foreground looks like it came out of the travel trailer laying on its side behind the wagon.

The travel trailer appears to be a FAN, which was manufactured by the Fan Coach Company out of LaGrange, Indiana. The company built about 30,000 trailers in its history. It’s unclear whether the Pontiac wagon was hauling the trailer, but there are no other vehicles around it, so that assumption is pretty safe. 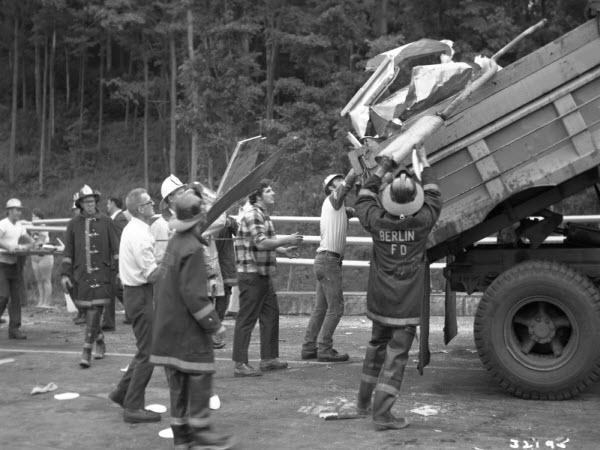 The photo showing the incredible set of skid marks crossing from one side of I-89 to the other also shows a 1964 Chevrolet water truck that appears to be part of the emergency crew responding. 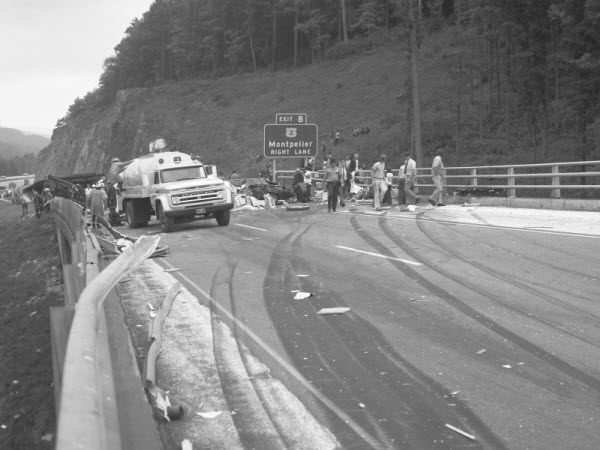 The truck in this horrific photo appears to be one of the bazillion Mack F-Series trucks produced between 1961 and the year of the accident. It has absolutely decimated what appears to be a full-size Mopar sedan, but we’re open to suggestions here. It’s really hard to determine from this angle. 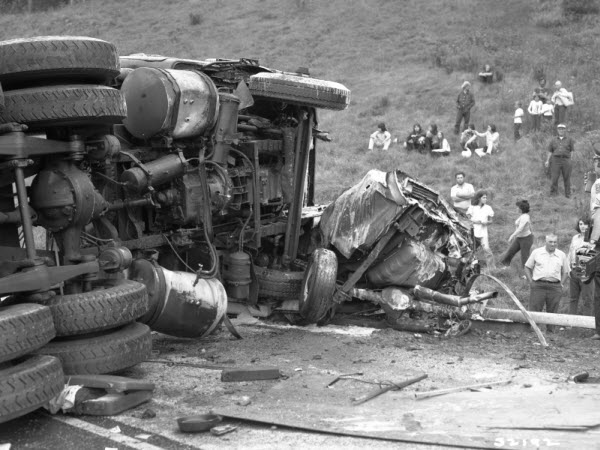 A closeup shot of the guardrail shows that it was sheared completely off its bracket, for at least three sections of the rail. 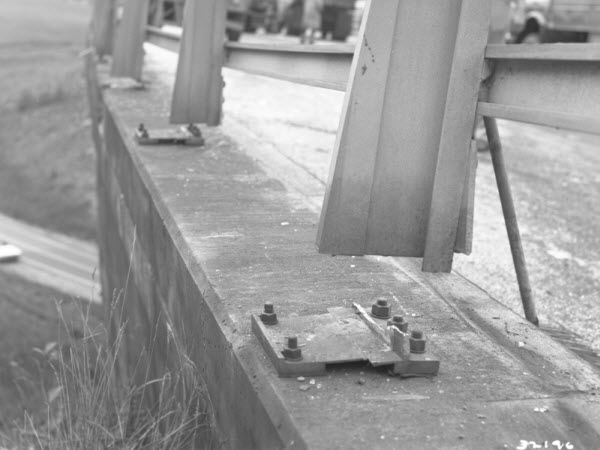 The overview photo shows what was probably about 2/3s of all the emergency equipment in northern Vermont at the time, including three pieces of fire equipment and a 1968 GMC single boom wrecker. 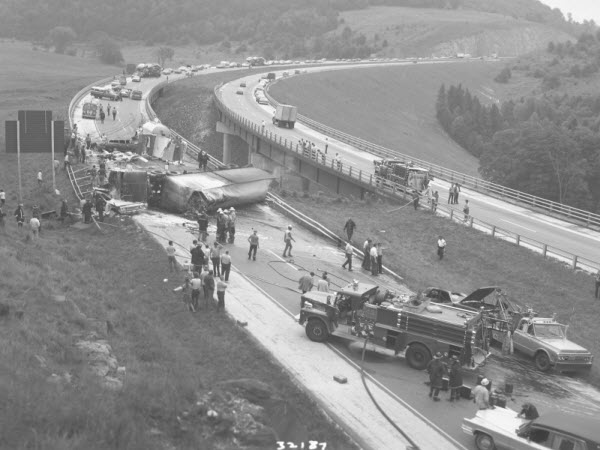 The unfortunate presence of a Miller-Meteor hearse on a Cadillac body confirms that one person of the 11 involved perished in the crash. 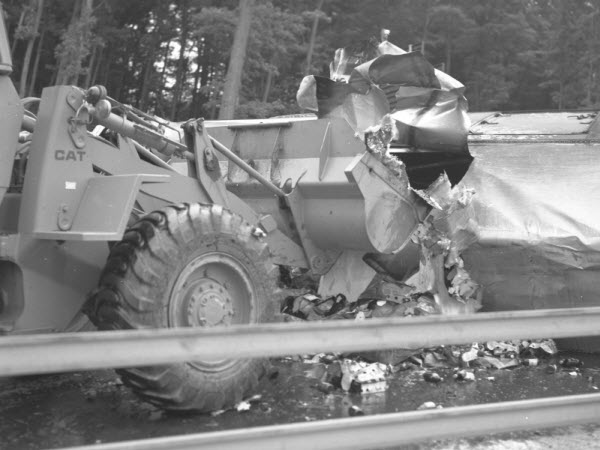 Given the absolutely chilling result of the crash, it’s amazing that more people weren’t killed. Be safe out there, kids.