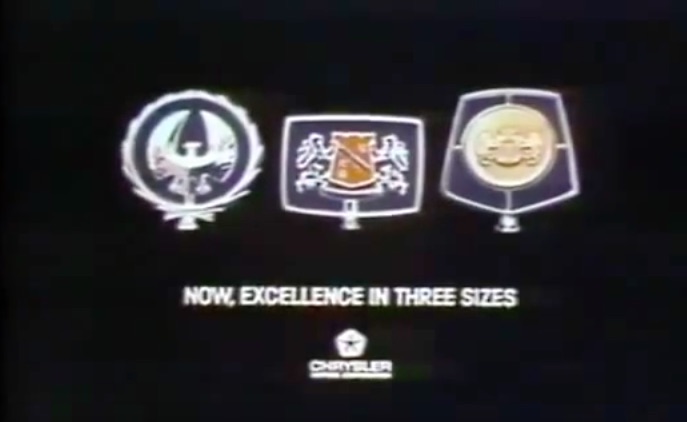 No, it’s not Ricardo Montalban, but the voice-over for this television commercial for the 1975 Chryslers has many of the same qualities: caramel-smooth and calm delivery in a bass tone. The overviews of the cars emphasizes luxury and size. It’s a great gloss-over of what was really going on in Auburn Hills at the time: Performance was all but dead, with the Road Runner and both Dodge Charger lines (the Cordoba-bodied S.E. and the Fury Sport-bodied Charger Sport) holding some semblance of their predecessors. At least those cars could get a big-block option. But as a company, Chrysler was sinking fast, and all you have to do is to look at management decisions to see what was going on. There were so many versions of the mid-size B-body platform that it’s tough to determine just what was what, and names were shared with full-size cars, making things even more confusing. The company pretty much refused to react to the fuel crisis, instead convincing Mitsubishi that partnering up would be a good idea. In fact, when the Chrysler Cordoba appeared, it was touted as the small, affordable Chrysler. Smaller, yes…it doesn’t take much to look small next to a 1975 Imperial, and it sold well, a nice change compared to what the rest of the company’s offerings were doing. But one car alone does not save a company who insisted on building a Titanic-sized sedan for everyone to enjoy…and this was only the start of the problems. A couple of years later, the F-body would appear, and quickly bite them in the ass with rust issues aplenty and a painful recall. But in 1975, the theme was luxury by the ton.

The Caddy Build Gets A ProCharger! Boosted Caddy Power For The Win! Morning Symphony: The Wail Of A V-10 Subaru. Yes, You Read That Correctly.