Morning Symphony: The Wail Of A V-10 Subaru. Yes, You Read That Correctly. 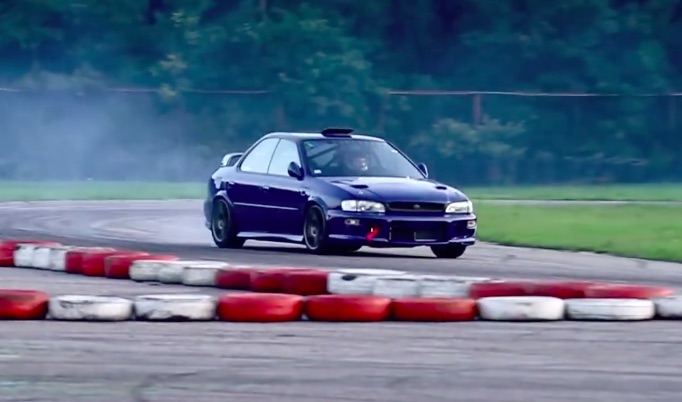 Subaru Imprezas make a pretty distinctive sound from the exhaust. We’ve heard it described as “growly”, “flatulent”, and “like a V8 with a horrible misfire”. To each their own, though we have grown used to the sound of a well-sorted and highly-boosted EJ flat four. But that isn’t what we are hearing from this Impreza sedan. On the outside, for the most part, it looks like the WRX that never appeared in the United States market, apart from a roof scoop and some tube work inside of the car. But that noise…that’s enough to raise an eyebrow, isn’t it?

This Subaru is packing 5.0L of BMW V-10, yanked from a E60-era BMW M5. In stock form, that mill was good for 500 horsepower and 384 ft/lbs of torque. In an Impreza, which weighs about 1,500 pounds less than the BMW, the V-10 makes driving quite lively, as you’ll see here. If you are anywhere near Latvia and are being challenged by a funny sounding Scoobie, don’t try anything…apparently during this test session the engine was nowhere close to dialed-in. Could’ve fooled us.

One thought on “Morning Symphony: The Wail Of A V-10 Subaru. Yes, You Read That Correctly.”