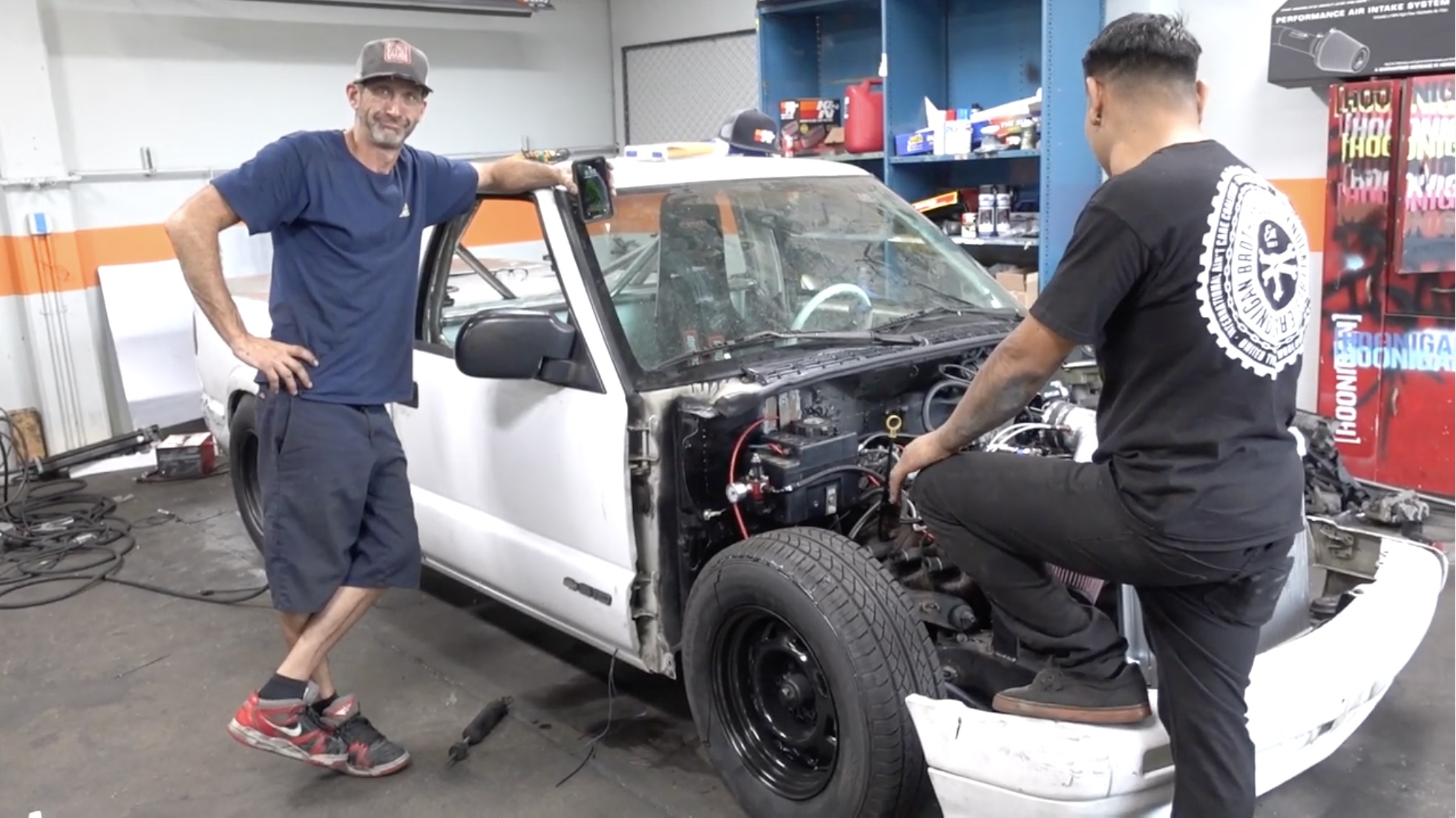 The throwdown battle between a pair of rotary fiends and an avowed V8-or-die type with a talented assistant is about to wrap up. The second round of Hoonigan’s Build & Battle series has dropped and we get to see how close the two teams really are to making it to the strip. It’s not quite a shoe-in, either…the Vargas brothers are still finishing up details on their first-gen Mazda RX-7, while Brad is looking at serious transmission issues at nearly the last possible minute in the matchup. With one day left to go before the clock strikes zero, the judges tally up their scores, and both the nitrous-boosted LS-swapped Chevrolet S-10 and the world’s loudest Dorito-powered party favor meet at the Christmas tree for a one-and-done race, the battle has ceased to be about major surgery. It’s now about the details. If the transmission’s transbrake isn’t playing along, or if reverse is completely MIA, that has to be addressed. If there’s still fabrication that needs to happen, it’s time to hunker down and get it done.

One more day to go before time’s up. Next time: the race!

The Cushman Scooter Project - The Body is Almost RUST FREE! Check Out All The Progress Morning Symphony: The Kenda 660 Radial Riot - Aussies On Radials!