Video: Here’s How A Morris Car Engine Was Built From Scratch In 1930s England! 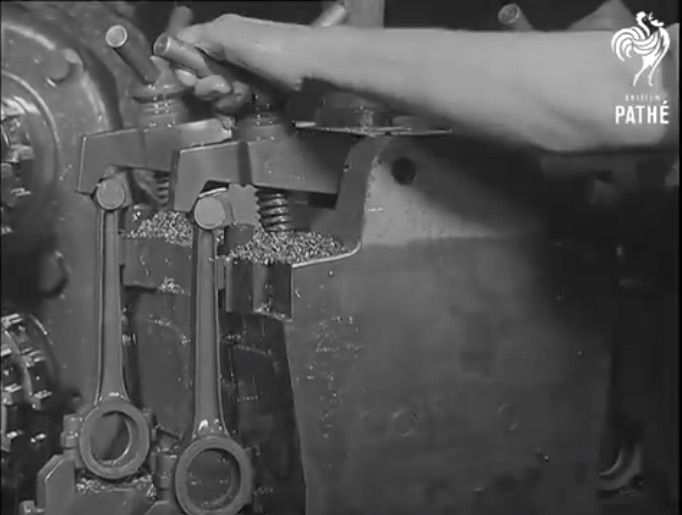 There are certain things that will fascinate us until can’t be fascinated with things any more and the mass production of piston engines is one of those things. The historic mass production of piston engines is even better because of the fact that computerized technology was not available and the process had a lot more human hands involved. Don’t believe us? Check out this 1930s film from England that gives us the process. Yes, here’s how a Morris car engine was built from scratch in 1930s England and boy is is radical. From forging the parts to running the thing on a dyno, there’s not really a stepped missed in here.

The way that the rods are sized, the rabbit bearings poured and machined, blocks being gang drilled with holes, and the hand assembly of each mill, it gives the impression that cars were a far more intimate thing back then. What does that mean? It means that you knew the majority of the machine was assembled by hand and touched by other people so it felt like more of a crafted object rather than some thing that was spot welded by robots and barfed out the back of the factory with a serial number under the windshield.

Imagine the smell of these places? Cutting oil, grinding metal, and sweat would have been the three big ones to hit your nostrils we guess, right? Great history, amazing machines, and a human element that we can only pine for in today’s world. This is amazing.

Transportation Unlimited: This 1949 Chevrolet Film Highlights An Incredible Array Of 1930s and 40s Chevy Heavy Duty Trucks! Let's Build A Rotary! This Video Of A Mazda 13B Engine Being Assembled Is Really Cool