How Dead Is The Savoy? And What Will Re-Power Christine’s Lazy Sibling?

Jul 25, 2022Bryan McTaggartENGINES, MOPAR, VideosComments Off on How Dead Is The Savoy? And What Will Re-Power Christine’s Lazy Sibling? 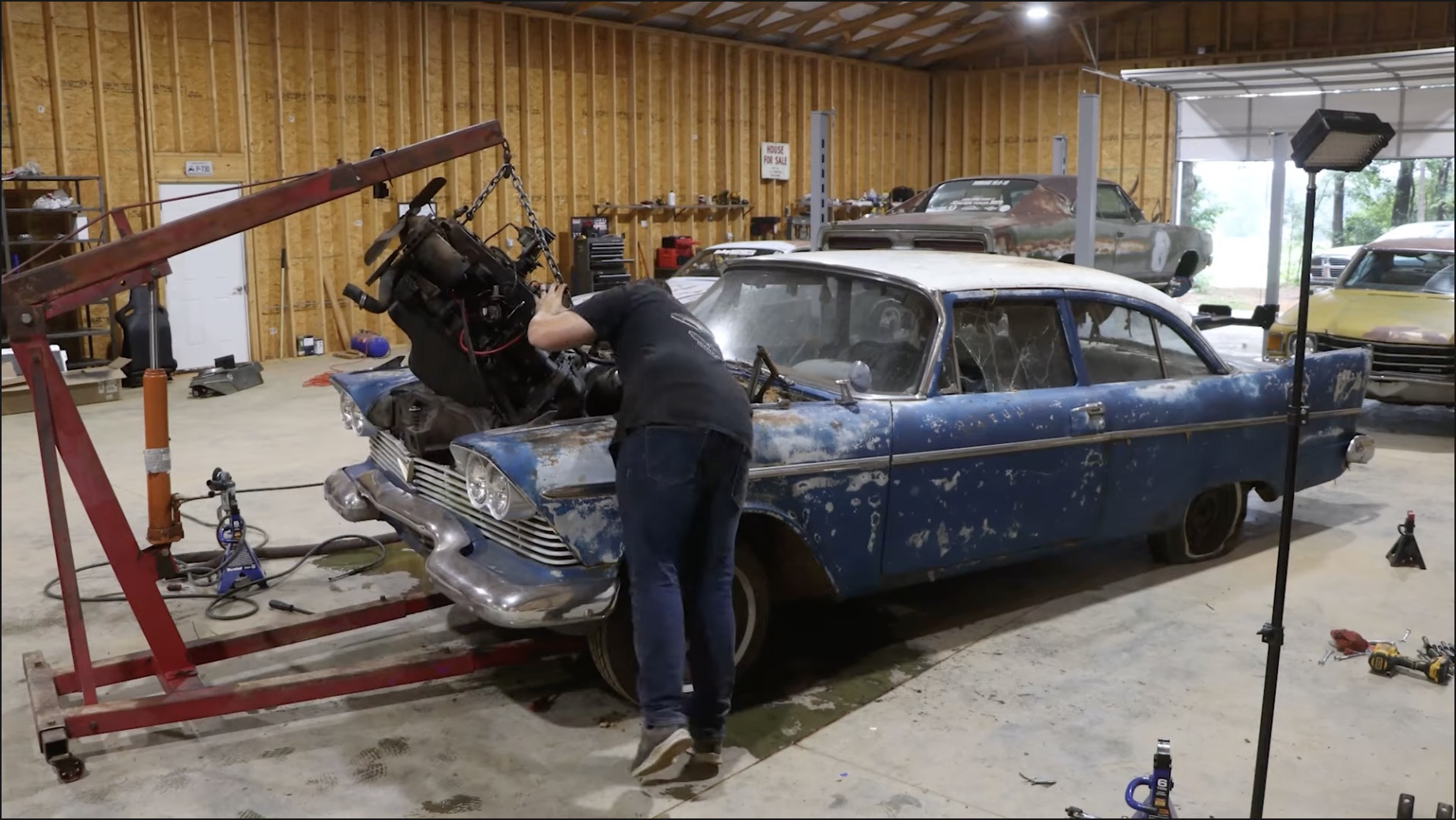 Well…apparently a 1958 Plymouth will not magically fix itself when you stand in front of it and slowly whisper, “Okay…show me.” For Dylan McCool, that sucks, because instead of magically reverting back to the heyday of whitewall tires, deep blue paint and a smooth hummer of an economy engine under the hood, what’s left is a sun-roasted interior, a beat exterior, and a flathead six under the hood that is actively begging the Angel of Death to just put an end to the misery. I’ve been in this position before…but it looked like a 1961 Newport and all I remember from that deal was pressure-washing that thing in the middle of the summer, sweating my everything off. Why focus on a late-1950s Mopar? Why not? Besides the Christine connection, there is something about the “Forward Look” Mopars that encapsulates the 1950s fin car era wonderfully…possibly more than a 1957 Chevy, even if Chrysler cars had a teeny-weenie rust problem.

Normally, most people would have just pulled the engine and moved on. And what will be filling that engine bay? Well…let’s leave it at this: it suits the car perfectly, complete with a three-on-the-tree transmission. And we should be seeing it in action at Holley’s MoParty later this summer. Any 1950s iron being saved from being turned into cat food cans is fine by me.