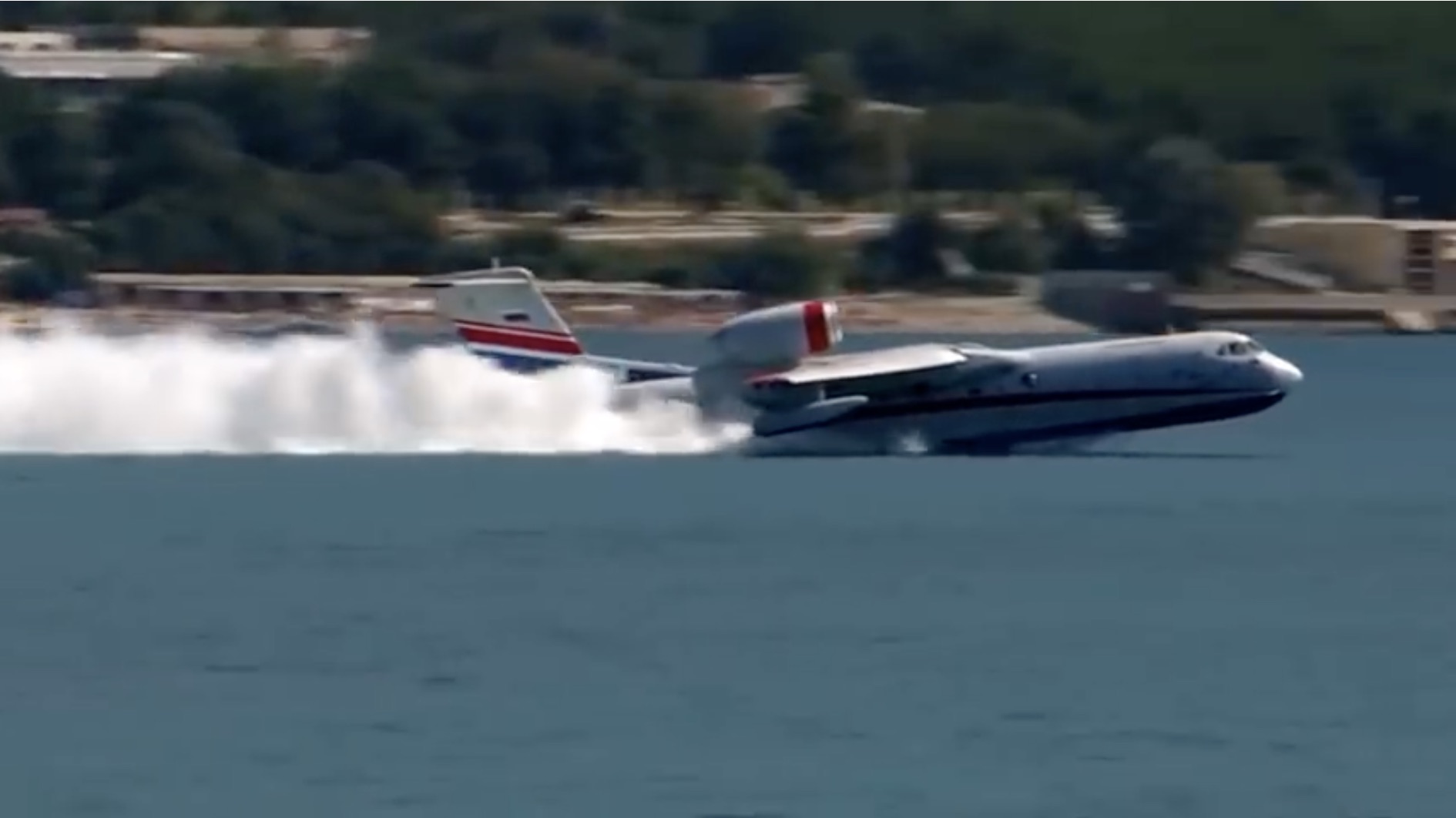 If you can’t bring yourself to say anything positive about Russia’s manufacturing sector, you at least have to hand them credit where it’s due: when they come up with a need, they will go all-out to find a solution, regardless of what’s normal. For years, Soviet Russia messed around with ground effect vehicles known as ekranoplans, the most unhinged of which were the “Caspian Sea Monster” (the KM) and the LUN-class ekranoplan from the 1980s…the one that had six worrysome-looking missiles strapped onto the back of what looked like a sea-going Antonov aircraft. For decades, Russians messed around with the idea of ground effect vehicles and with both the KM and the LUN proved that they were an efficient way to travel. Unfortunately for Russia, the KM prototype was damaged and left to sink in 1980, and the LUN sits in drydock, wasting away.

But there is this contraption that gives you insight into what those two monsters were all about. This is a Beriev Be-200, an amphibious airplane. Unlike the KM and LUN, the Be-200 can fly just fine, it’s just able to wade into the water and take off from a relatively smooth surface in addition to normal take-offs and landings on the ground. One of this aircraft’s best traits is that due to it’s water-loving nature, it is a fantastic firefighting flying tanker, capable of holding over 26,ooo pounds of water or fire retardant on-board.

Holley LS Fest X: The Show Fields, From The Sweet To The Suicidal Today Is September 11th - Please Take Some Time To Remember That