Jay Leno Gets To Drive A Real-Deal K.I.T.T. Pontiac! Doesn’t Look Bad For A Former Display Car, Does It? 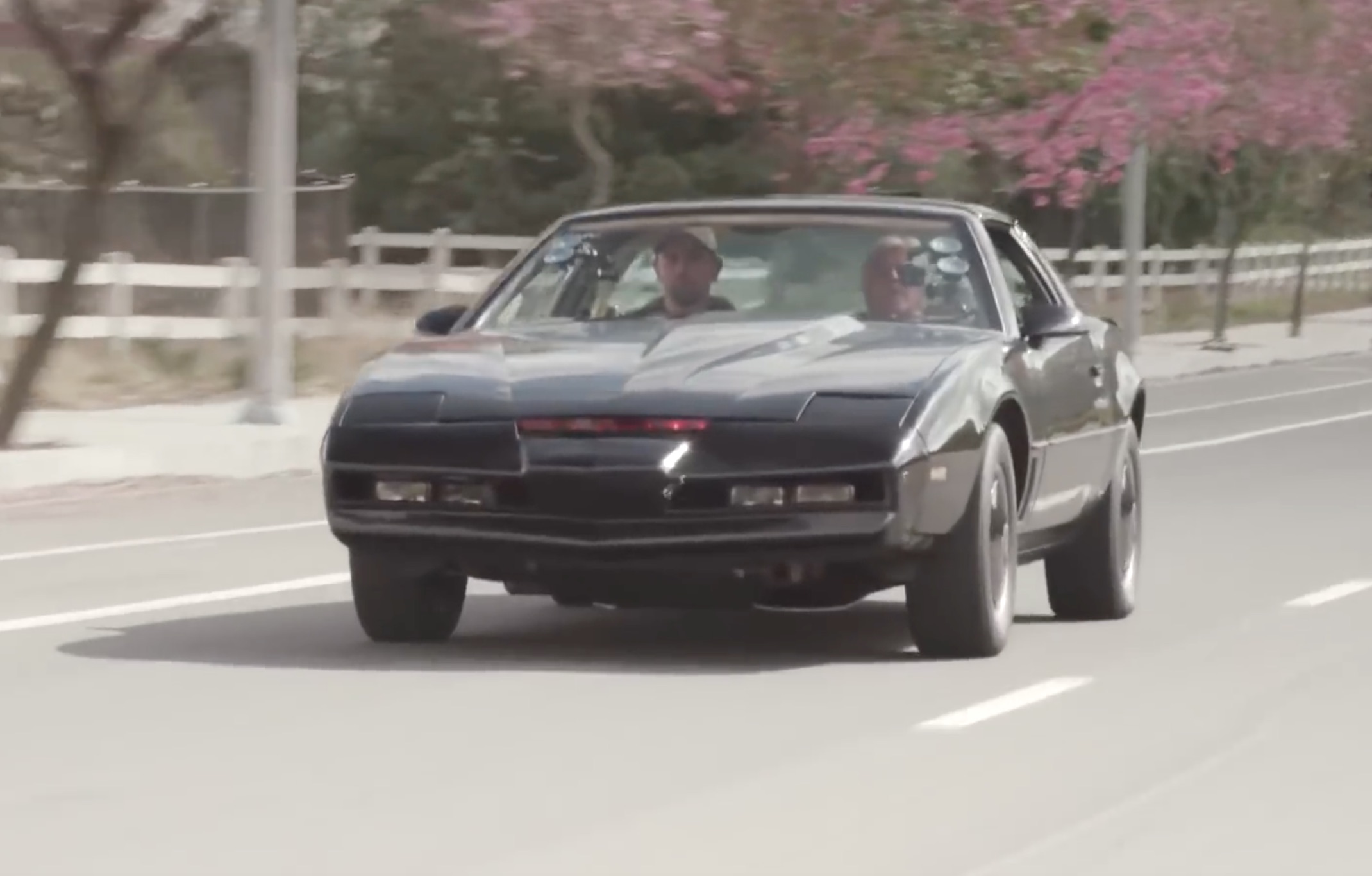 You might have to be a certain age to appreciate certain vehicles, even more so for custom Hollywood creations. I’m the wrong person to ask…I can find something to appreciate in everything from James Bond’s Aston Martins to the Pontiac that winds up destroyed at the end of the car chase in the movie “Short Time”. But if there was ever a barometer for how impactful a television car could be to the average normal human who only deals with cars in passing, that would be my younger brother. He never was and never will be a car guy. But from childhood, the black T-topped car with the red LED strobe had his attention more than just about anything else with four wheels. The Knight Industries Two Thousand was his dream car for years. Part of it may have had something to do with the fact that our grandmother owned a Pontiac Firebird S/E that was pretty close to what K.I.T.T. looked like, but more than anything it was the sci-fi part of Knight Rider’s car star that he was drawn to. Or maybe it was all the pretty lights in the cockpit, whatever.

K.I.T.T., like the General Lee Dodge Charger and the “Striped Tomato” Ford Gran Torino, is one of those television cars that proved to be more popular than the show itself. Based on your average, everyday third-gen Firebird, K.I.T.T. had enough visual pull to work. It’s a good thing, too…that 305 wasn’t going to do the job by itself. The car that graces Jay Leno’s Garage isn’t a recreation…this is a real, television-used K.I.T.T. Pontiac that was at one point in time the car was an attraction at Universal Studios and just about anyone could sit behind that yoke steering wheel and ask questions of the car.

At least there was a fan to rescue it and bring it up to it’s current state…the interior must’ve smelled amazing when it left Universal Studios.

One thought on “Jay Leno Gets To Drive A Real-Deal K.I.T.T. Pontiac! Doesn’t Look Bad For A Former Display Car, Does It?”