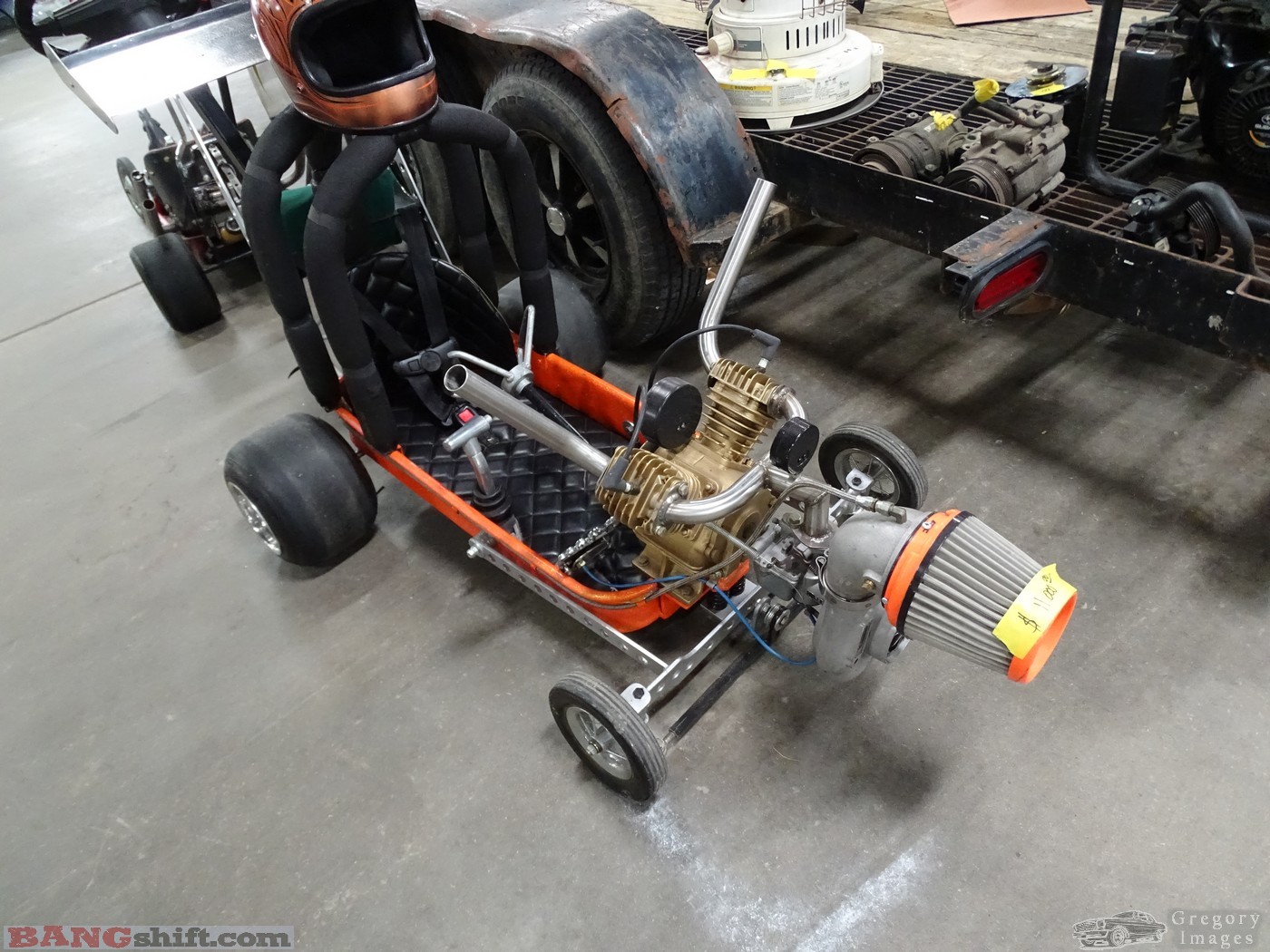 (Words and photos by Doug Gregory) – Stuff.  We all have it and most gearheads collect it without even trying, though some of us do try.  Whole I am no hoarder, I have a growing collection of 1/64 diecast that are primarily Johnny Lighting.  I don’t keep any in the box.  Then there’s my magazines.  I have several titles from 1994-2010-ish and a bunch of others scattered over the years.  The only constant I’ve kept going is Hot Rod so I am trying, slowly, to complete as much of that title as I can.  My crack dealer (guy that regularly sells me old rags) was there.  I’d already picked up a dozen or so when we saw him.  Last year we needed to borrow a dolly to carry out boxes full.  He turned on the charm and almost had me hooked into a ‘heck of a deal’ for at least one large box.  I found the strength to resist and only carried an extra two dozen or so away.  Kryptonite.

Anyway, this third and final gallery is a representation of the ‘stuff’ to be found.  We saw a LOT of automotive cologne bottles.  I must have missed the fad of turning old sewing machines into tractors and such.  Get a look at that Oldsmobile salesman briefcase complete with literature inside.  Further down you’ll see an old dentist’s office chair setup.  An old Montgomery Ward’s outboard might make for a cool conversation piece.  In my hometown we had Ward’s and Sears catalog stores.  I remember the Ward’s catalog being about 2 inches thick.  There were also a lot of old phones available in nearly every shape, size and color.  I like folk art and in here is a candle holder made of bottle caps.  How about a bin full of anti-tank mortars…?  Not sure what we could do with them, but it might be fun figuring it out.  Not pictured is the old-time (likely early 70s) picnic basket my son snagged to use for a tool box in his car.  Later we found some old bowling ball bags (his original idea for a tool bag) and he got those.  I suppose the picnic basket might actually get used for food once again.

Thanks for following along our adventures.

Zero Frills: This 1983 Camaro Is One Of The Basiest Base Models We've Ever Seen! Jay Leno Gets To Drive A Real-Deal K.I.T.T. Pontiac! Doesn't Look Bad For A Former Display Car, Does It?