Like Nothing: Dropping A Fiat 126 On An Ax Blade The Size Of A Doghouse! 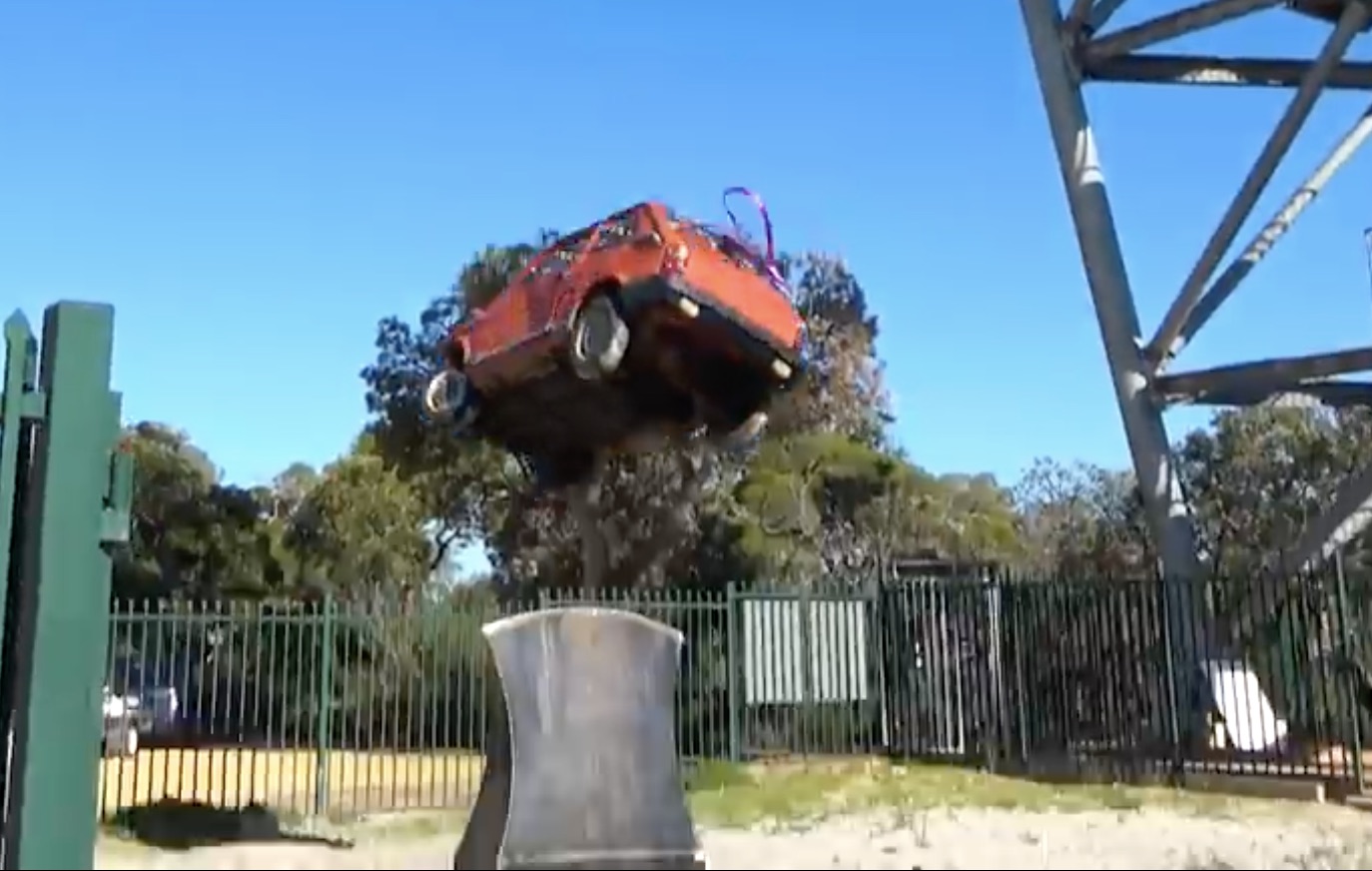 Do you have a temper in the shop? Come on now, be honest…after stripping out a bolt, after the wrench slipped and it now looks like you went ten rounds with Mike Tyson in his prime, after hooking the battery up just for the car to do an amazing magic trick by making all of the wiring burn at once…you don’t lose it? What kind of zen monk are you? Don’t give me that argument of immaturity for showing anger, either. At some point in time, that four-wheeled contraption that you proudly claim to love so much will piss you off. It happens. It’s a part of being a gearhead. Whether you’re verbally “encouraging” that stubborn bolt to come loose or you just had the kid drop a wrench to you, only for said tool to find your tool bag instead, the anger will be real.

This is for every time your rage meter has been pegged. This is a Fiat 126 (or whatever they were called in Australia) being craned up 150 feet just to be dropped onto an ax blade that looks like it was stolen from Paul Bunyan himself. Why? Come on now…who in their right mind would do such a thing just for themselves? The ax has a few items to deal with from the How Ridiculous guys, including a jet ski and some old fire extinguishers. Enjoy the carnage.

3 thoughts on “Like Nothing: Dropping A Fiat 126 On An Ax Blade The Size Of A Doghouse!”